I am not sure writing about this is a good idea, but after reading Pew Internet’s report breaking down how women and men use social media in different ways, I could not help myself. As the above statistics show — though there are drastic standouts — generally, men and women use the same networks at roughly the same pace.

BUT, one obvious conclusion after looking at these is that women gravitate more towards visual networks, with higher percentages of women using Instagram and Pinterest. Meanwhile, men prefer more, shall we say, martial networks (cliche alert) like Twitter and reddit where there is more sparring and contested debate.

Pew offered this analysis, “…online discussion forums are especially popular among men.” My personal take is that people use social media regardless of gender, with men preferring to spout off online, and women digest a wider array of richer and diverse information types.

Further, outside of Pinterest every type of network has at least a 1/3 to 2/3 ration showing that gender usage is pretty evenly distributed. With the Pinterest exception, it’s safe to say that one gender doesn’t dominate any particular type of network or medium.

So How Do Men and Women Differ? 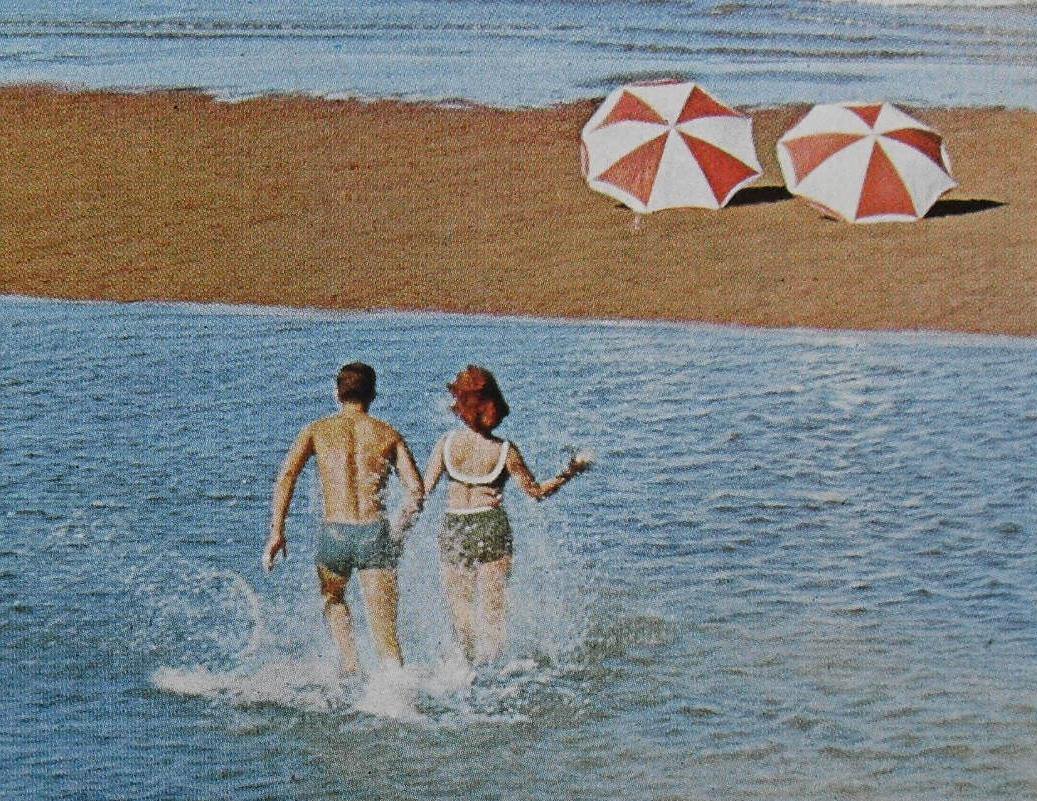 So what is the difference between men and women on social media? Ask a psychiatrist. LOL. 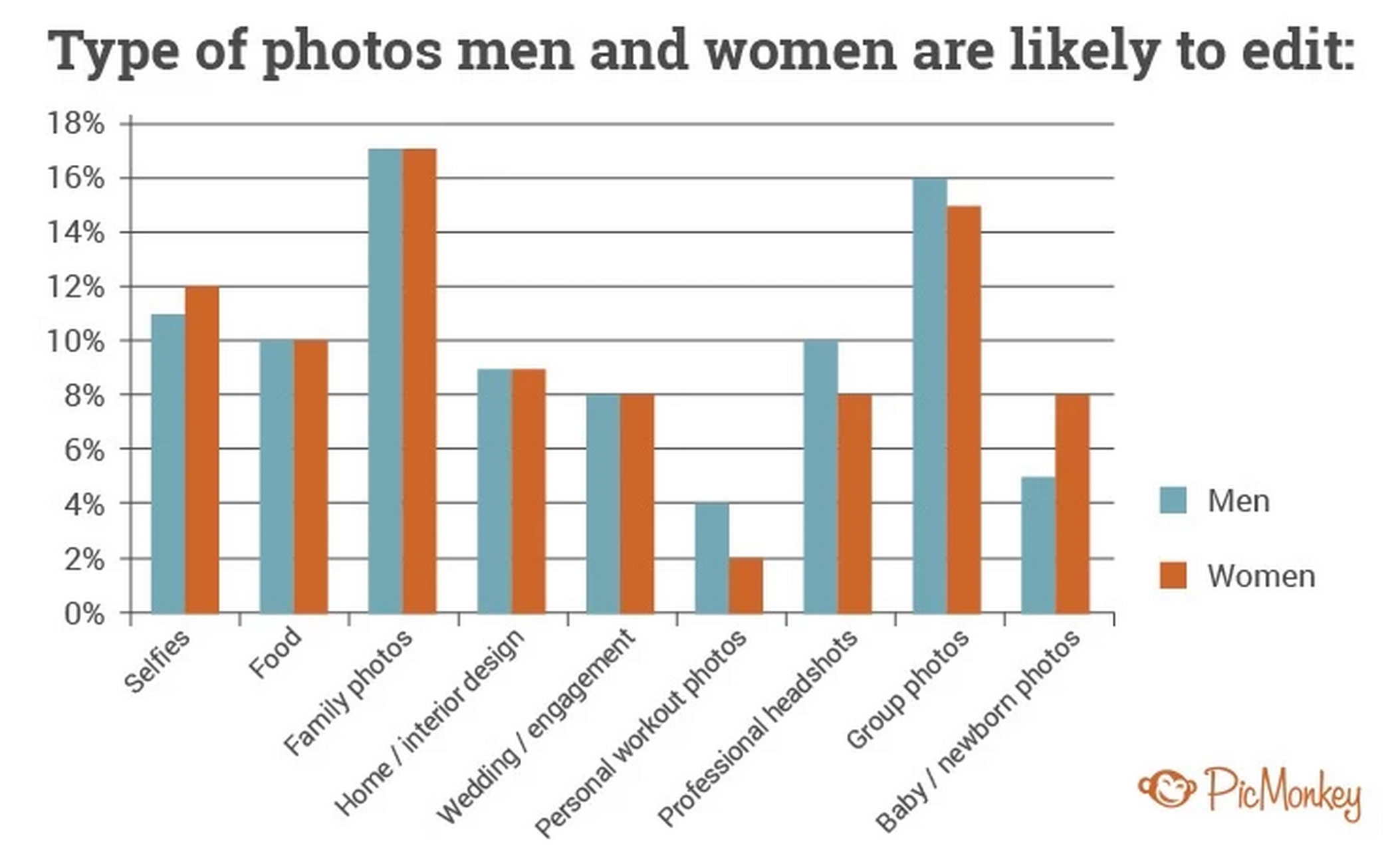 The above graphic shows which types of pic genders are most likely to touch-up. Seems pretty evenly distributed to me. Exceptions, guys who post photos of themselves working-out (so much to say) touch up their photos much more then women. Add some shadows, deepen that muscle tone, son! Women are more likely to touch up their baby photos. Hmmm.

For the record I compulsively touch up every photo that I post now. It’s a bad habit. But I digress.

I think we all know men and women differ. But outside of the drastic lean towards Pinterest, I see few statistical studies that show many hard differences on actual usage. More than likely, it’s just in the way that each man and woman uses it.