No Thank You, Trump America 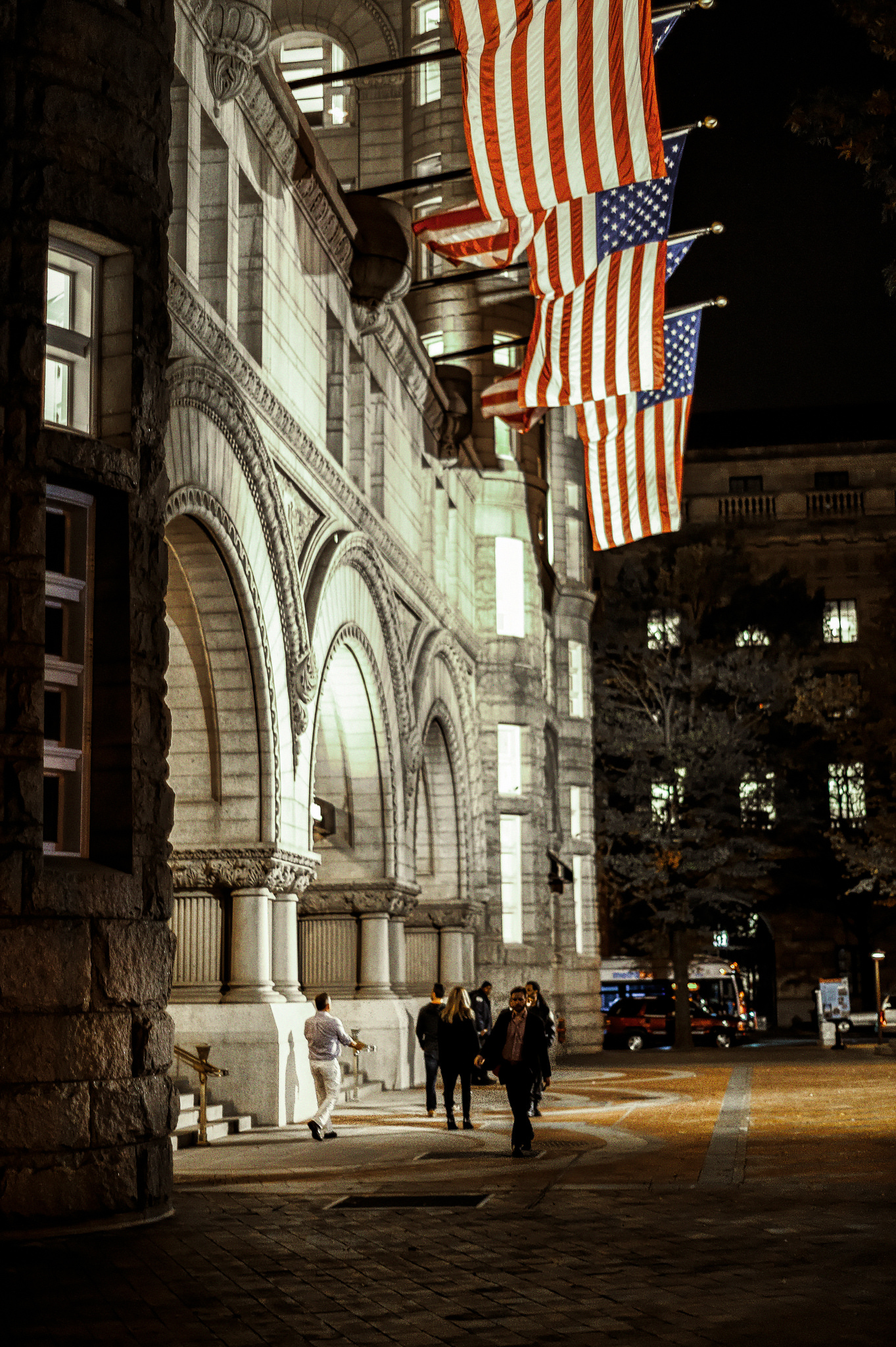 It was quiet in front of the Trump International Hotel in Washington, DC on election night.

It saddens me to see so much racism and bigotry erupt within days of Donald Trump’s election. Even more disgusting is the way Washington insiders and business luminaries, people who fought so hard against Trump, have flip flopped and suddenly support his presidency, essentially ignoring the intense xenophobia, bigotry and misogyny we have witnessed over the past year. Of course, these people have political and business interests at stake.

I do not. Even if I did have interests at stake, I would not sacrifice my principles and would continue to fight Trump. 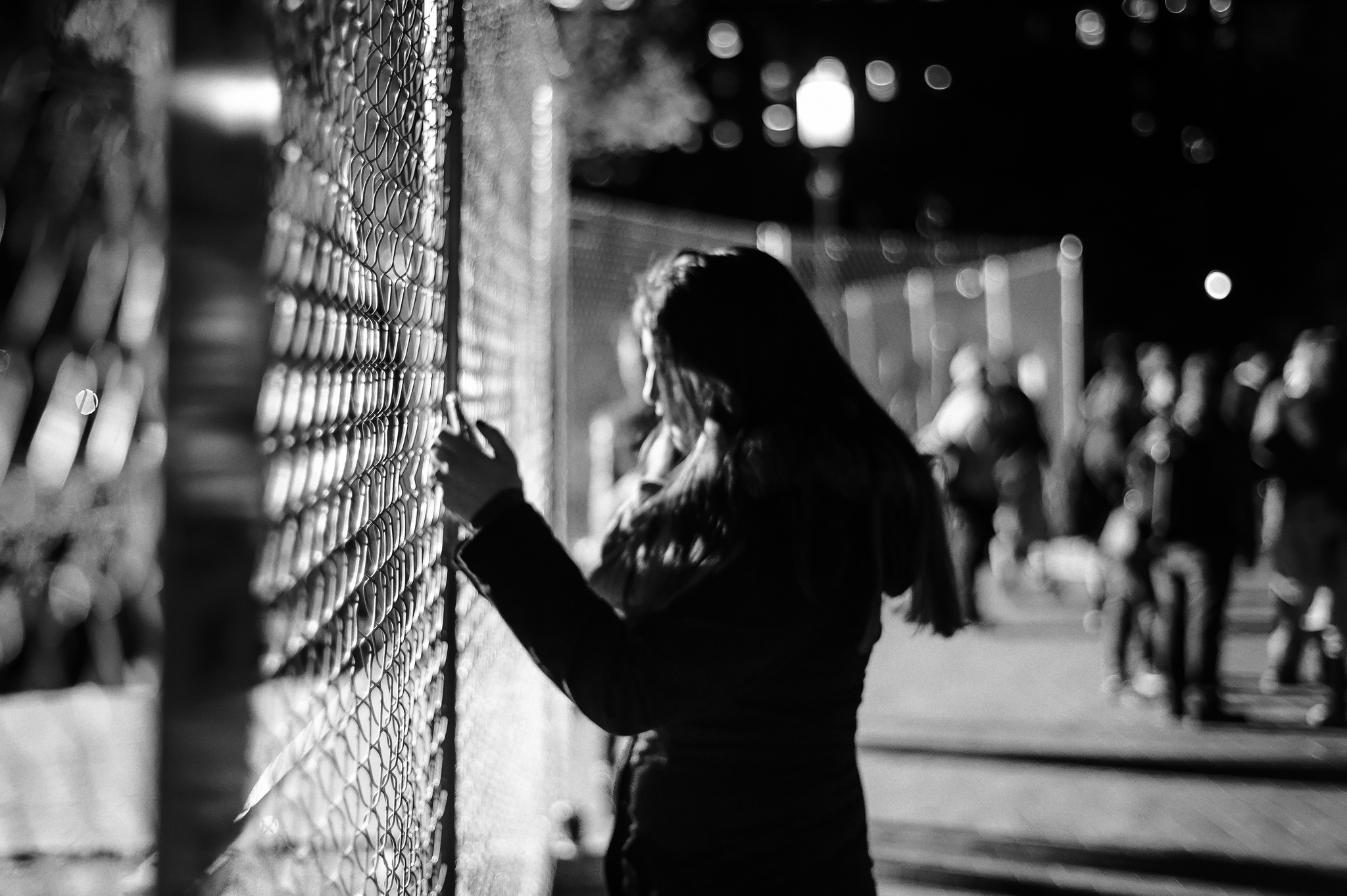 A woman texts and clutches the fence separating the White House and Lafayette Park on election night.

And yet Trumpers say, Give him a chance. We must come together and support him, they say. Worse, some are insistent that people should not protest.

Just had a very open and successful presidential election. Now professional protesters, incited by the media, are protesting. Very unfair!

No thank you, Trump America.

Though Trumpers keep trying to stymie public dissatisfaction with the election, more and more protests break out. And with good reason. Telling people to be silent and endure is the beginning of a fascist state. Silence the opposition, and force them to get in line. 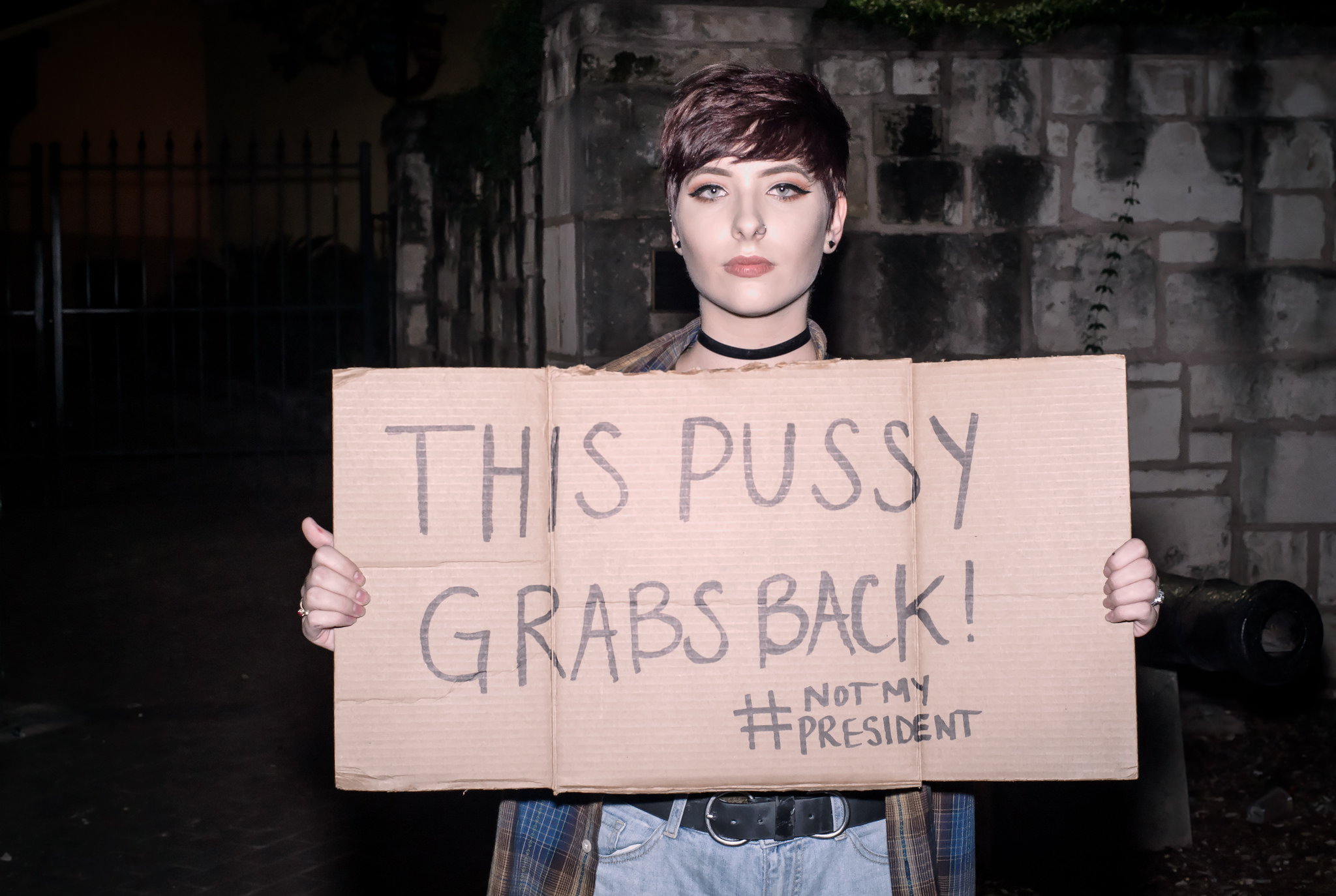 No thank you, Trump America.

I have experienced similar push back every time I have published a photo from election night or a protest photo depicting a scene that is not pro-Trump. The below photo received an extra amount of angst and misogyny on Instagram and in a private Facebook group. In other cases I have been trolled online by pro-Trumpers telling me to move to a different country, or shut up, or to read the bible, or some other form of bullying.

In all cases I have simply deleted their comments. This is not dialogue, this is more xenophobia, bigotry and misogyny. It borders on fascism and violates protesters’ civil rights. 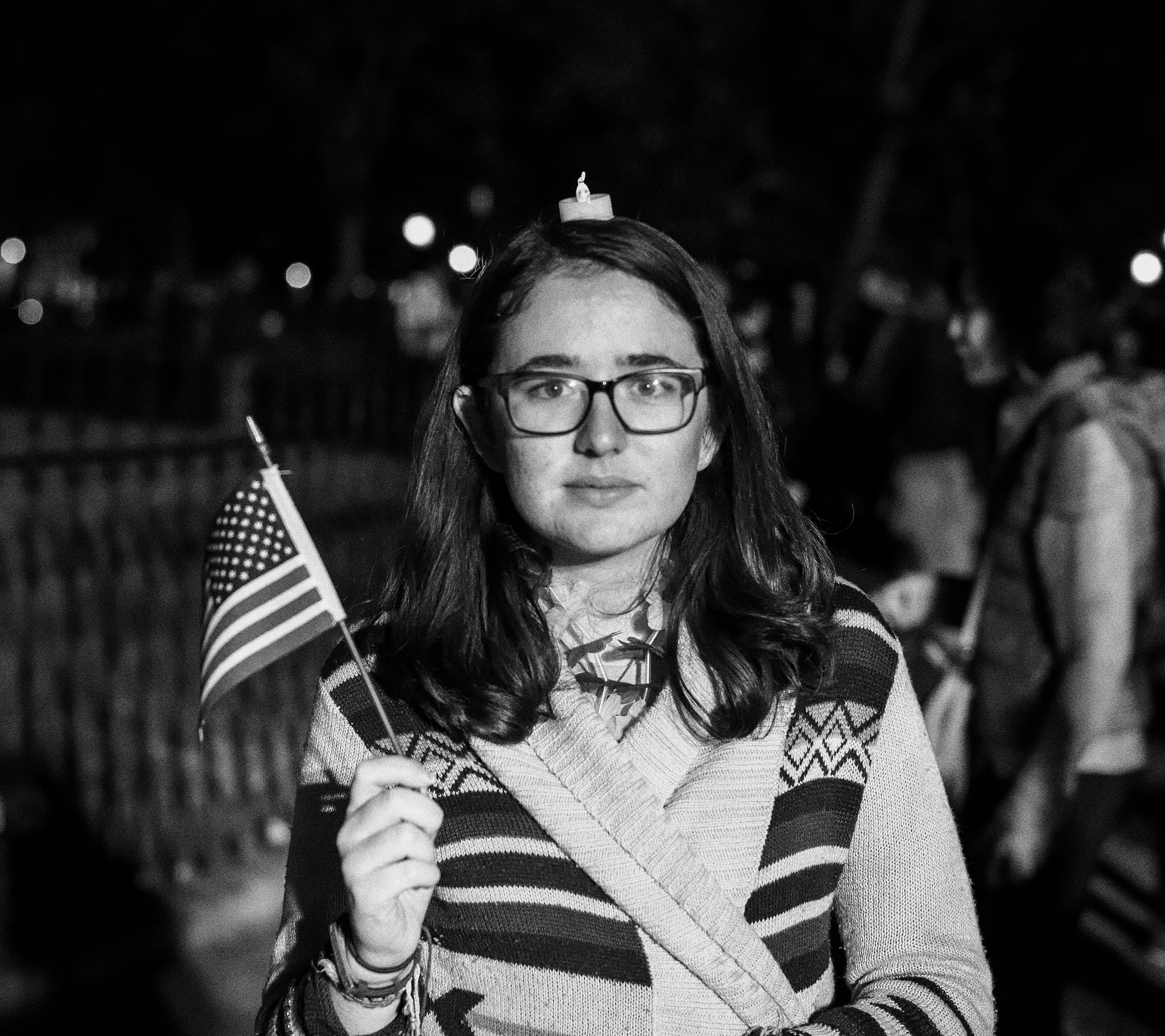 A despondent woman outside of the White House on election night.

This hateful orange buffoon now elected president is someone I must suffer. The acts of the people he has inspired are Deplorable. I will not give him an open mind because he has given me enough data to make a conclusive decision about his character. He is not my president.

. @realDonaldTrump We cannot come together after your horrid behavior for the past year. You&re. Not. My. President. #NotMyPresident

It is unfortunate that so many Americans felt this disenfranchised that they were desperate enough to take this risk on. Our political parties were so weak that they could not come together and meet our country’s needs.

But Trump is a liar. He has lied about bringing back manufacturing jobs, building the wall, kicking out immigrants, and making fat cats like himself pay more taxes. Even if the Trump risk pays off — which it won’t — the impact on civil liberties will create a dark stain on America’s fiber for decades. 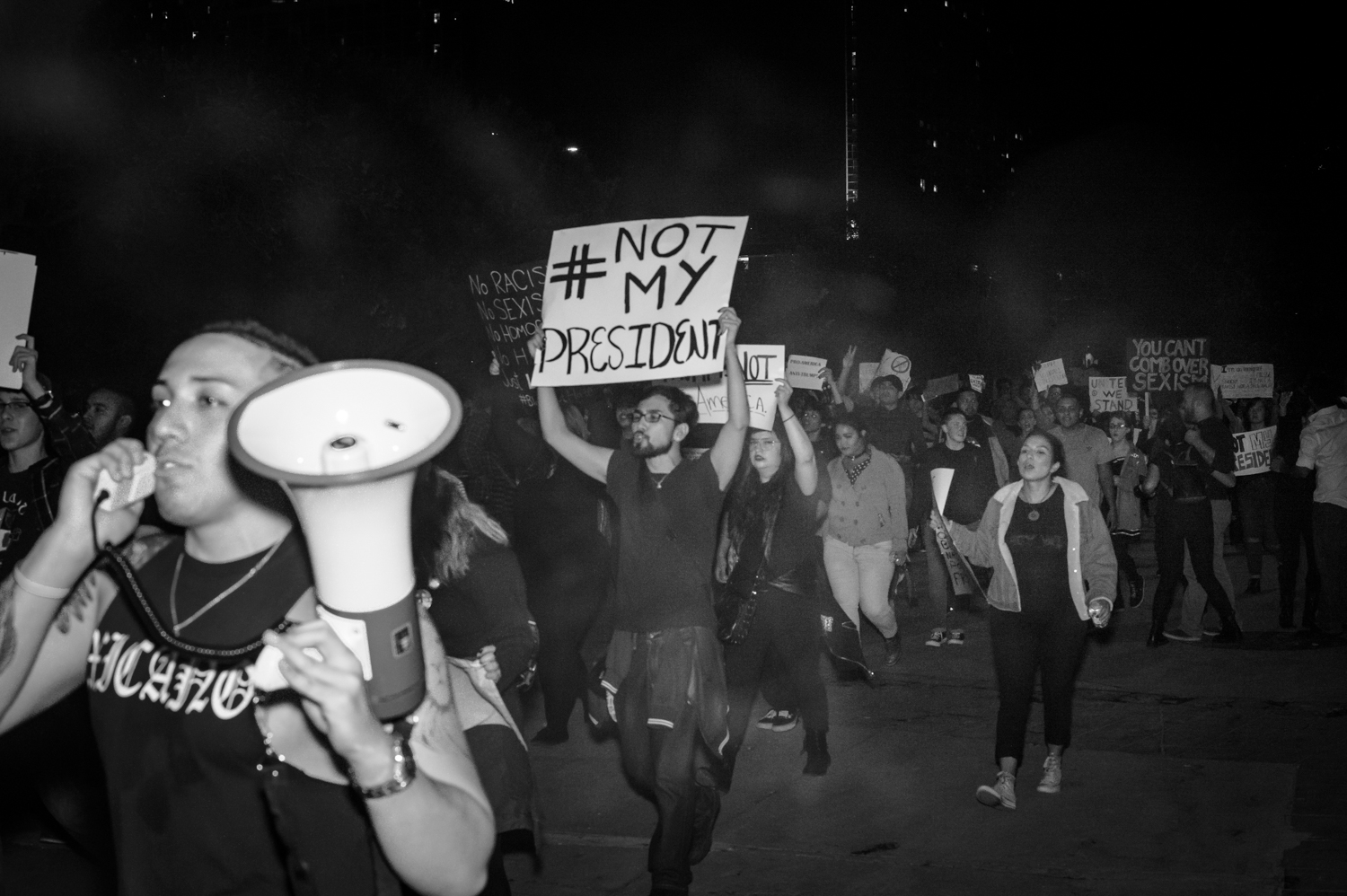 After all of Donald Trump’s behavior and deceitful acts over the past year, and continuing lies and backtracking, he needs to earn my respect, not the other way around. His election has destroyed the prestige of the Presidency. Until he behaves his way into a more mindful and respectful disposition for a significant period of time, I will continue to assess Trump as a dangerous narcissist that hoodwinked America.

At the same time, he will be in power for four years. It is what it is. My best recourse is to fight for the protection of civil liberties, and continue to actively seek new and better politicians than what either party is currently offering.

We Must Be Vigilant 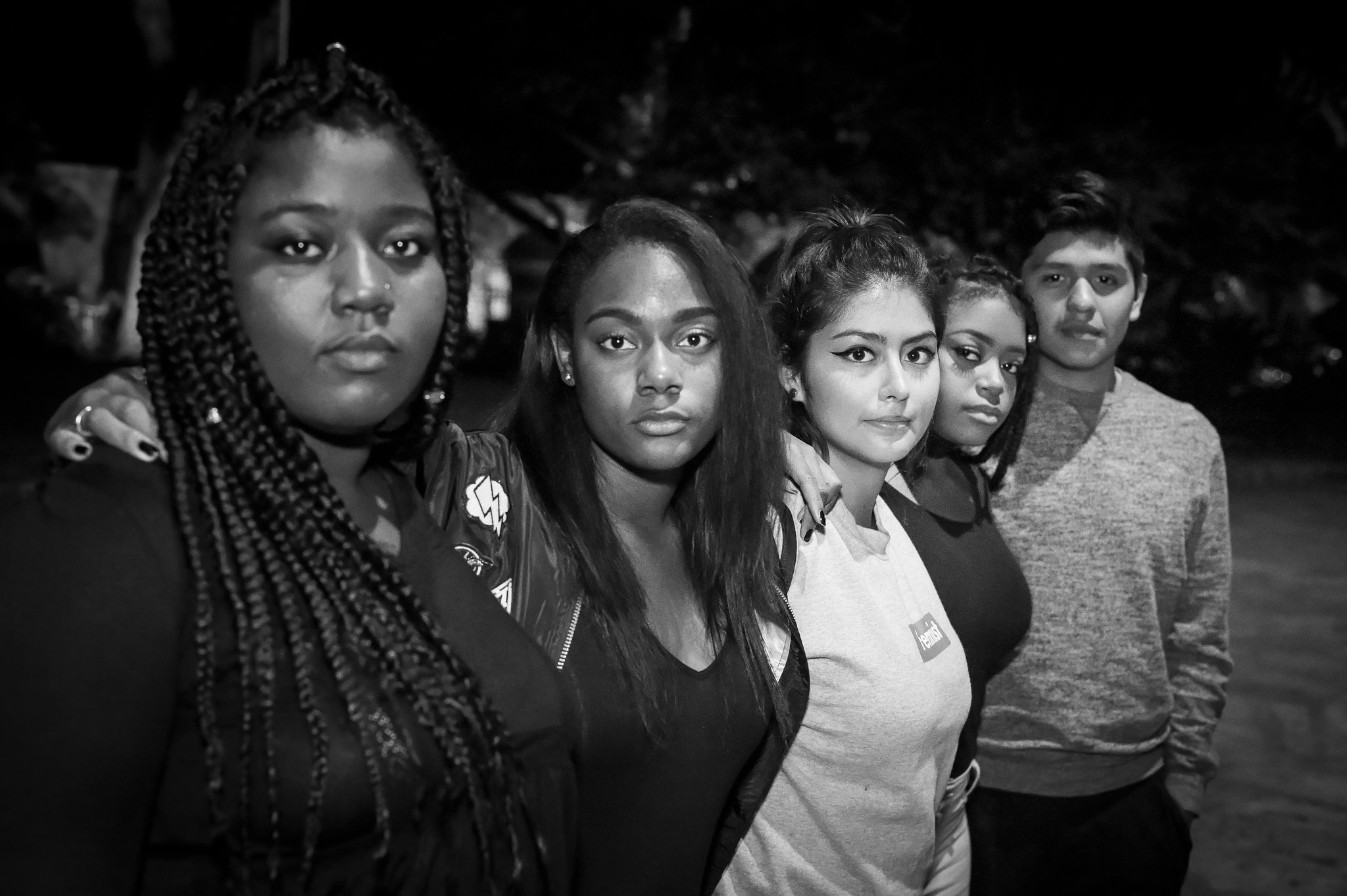 When George W. Bush won the oval office there was unease in Washington, but things settled in relatively quickly. Then 9-11 hit, and the rest was history. By the time Iraq occurred any pushback against W. was labelled as Un-American, Liberal, or Un-Patriotic. Eventually people became outspoken in spite of W. 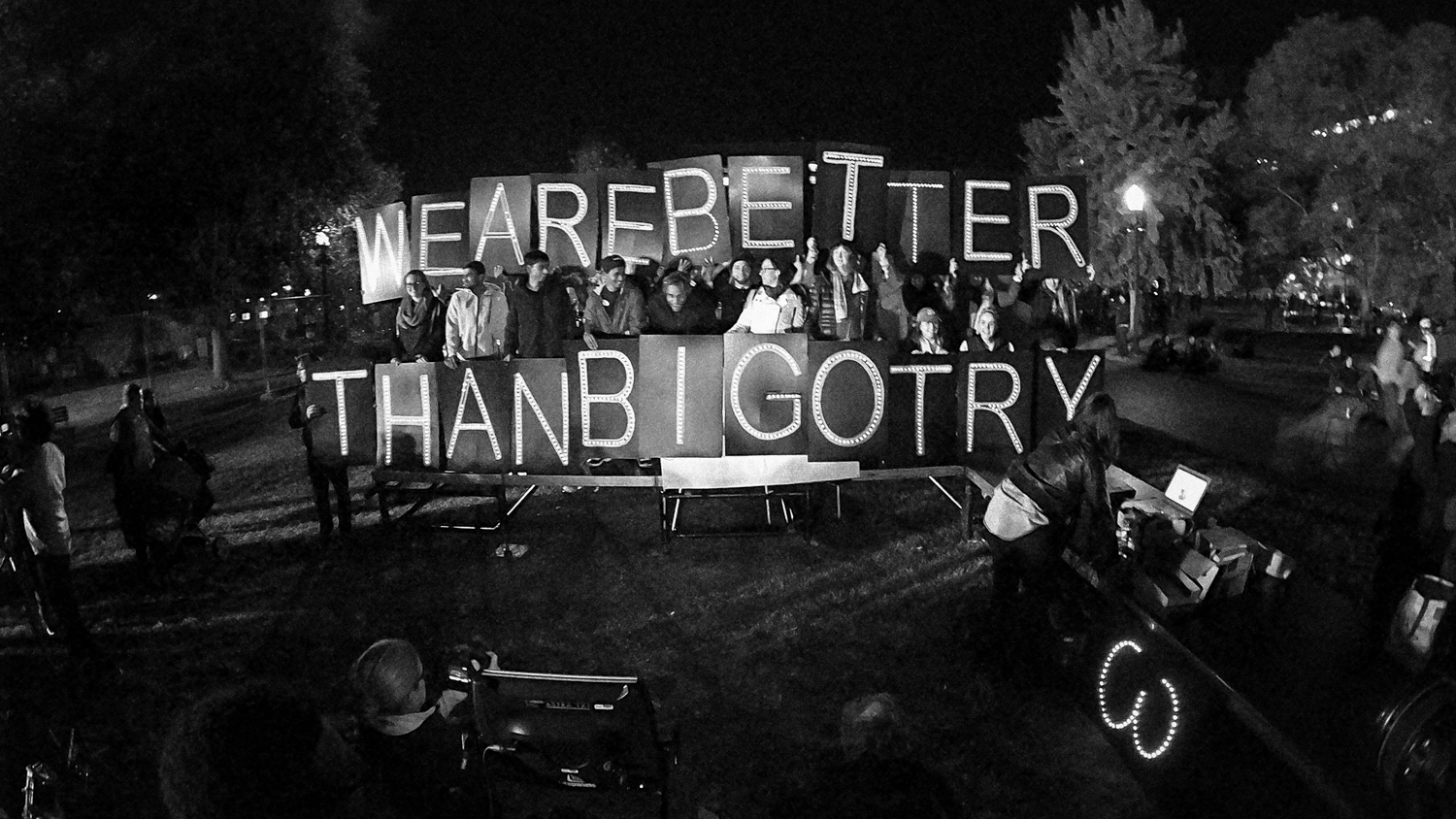 Protest in front of the White House on election night.

Islamic Americans are wondering if it is their turn to flee. Mexican Americans — some who have been here for generations — and other Latin American immigrants — legal and illegal — fear the potential impact on their lives. Women wonder if they will have to fight off pimply white males assaulting them. On and on it goes. It is time to stand up to hate crime at every opportunity.

Trump and that small group of supporters who are using this election as an endorsement of xenophobia, bigotry and misogyny cannot be given mulligan after mulligan. We will lose everything that makes America free and inclusive if we allow that to happen. 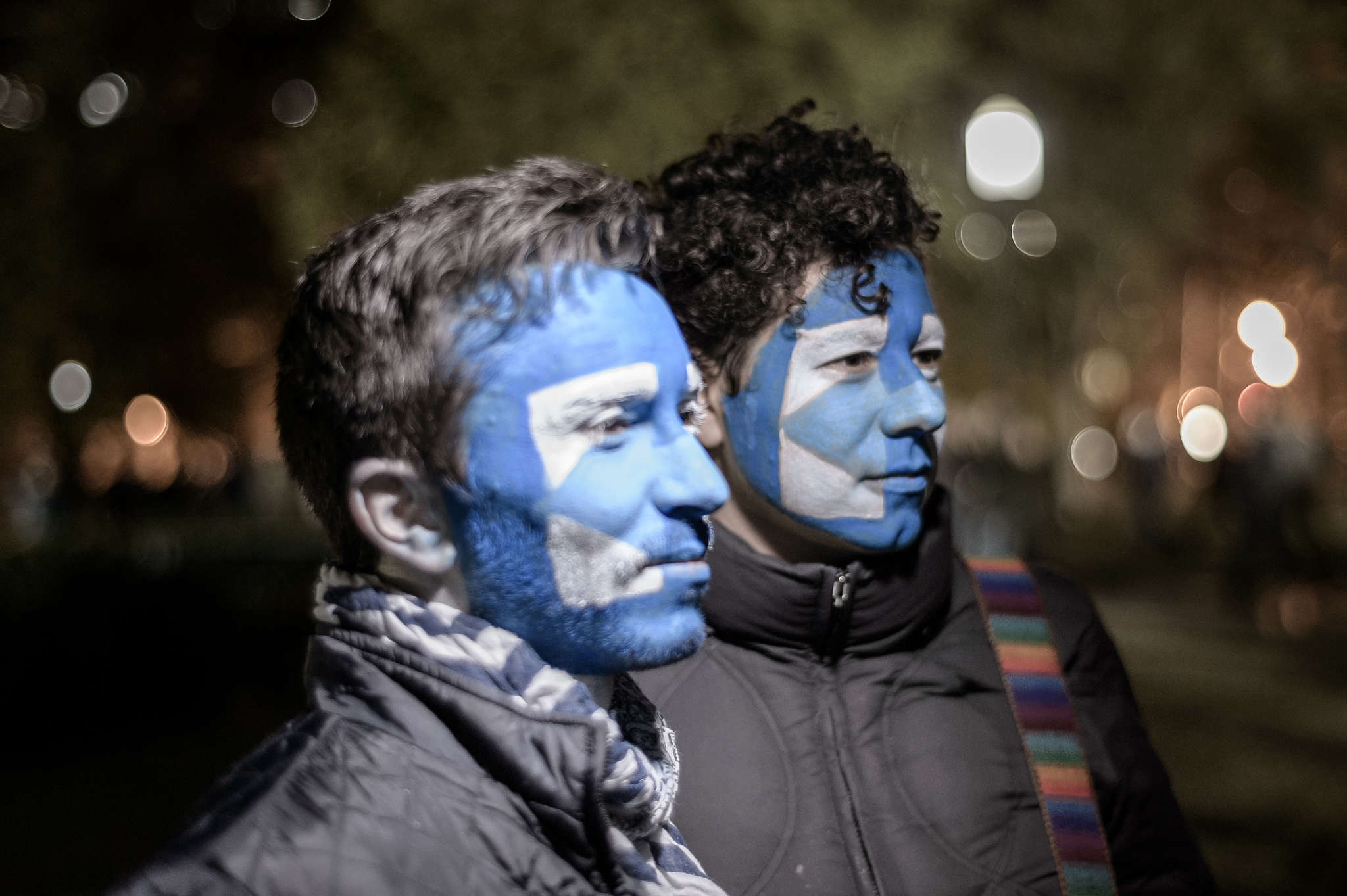 Two men waiting for a Hillary party that never happened in front of the White House.

A word of caution to those who disagree with Trump: We cannot fight hate with hate. Violence destroys the message. Protestors have invoked the swastika as a method of protesting against Trump. I have been the subject of persecution in my past. My relatives in Europe flee-ed the Nazi threat. This is not a casual reference. In fact, it is a hurtful one, one that inspires as much fear and hate in protest as it seeks to combat. The more mindful we can be about our use of symbolism, the more impactful our message will be.

We must say no, we must raise our voice, but we have to take on the principles of Henry David Thoreau, Mahatma Ghandi and Martin Luther King. Peaceful protest is the way. We cannot hurt others to save ourselves. This is something that we must repeat over and over again. Civil disobedience must invoke peaceful change. 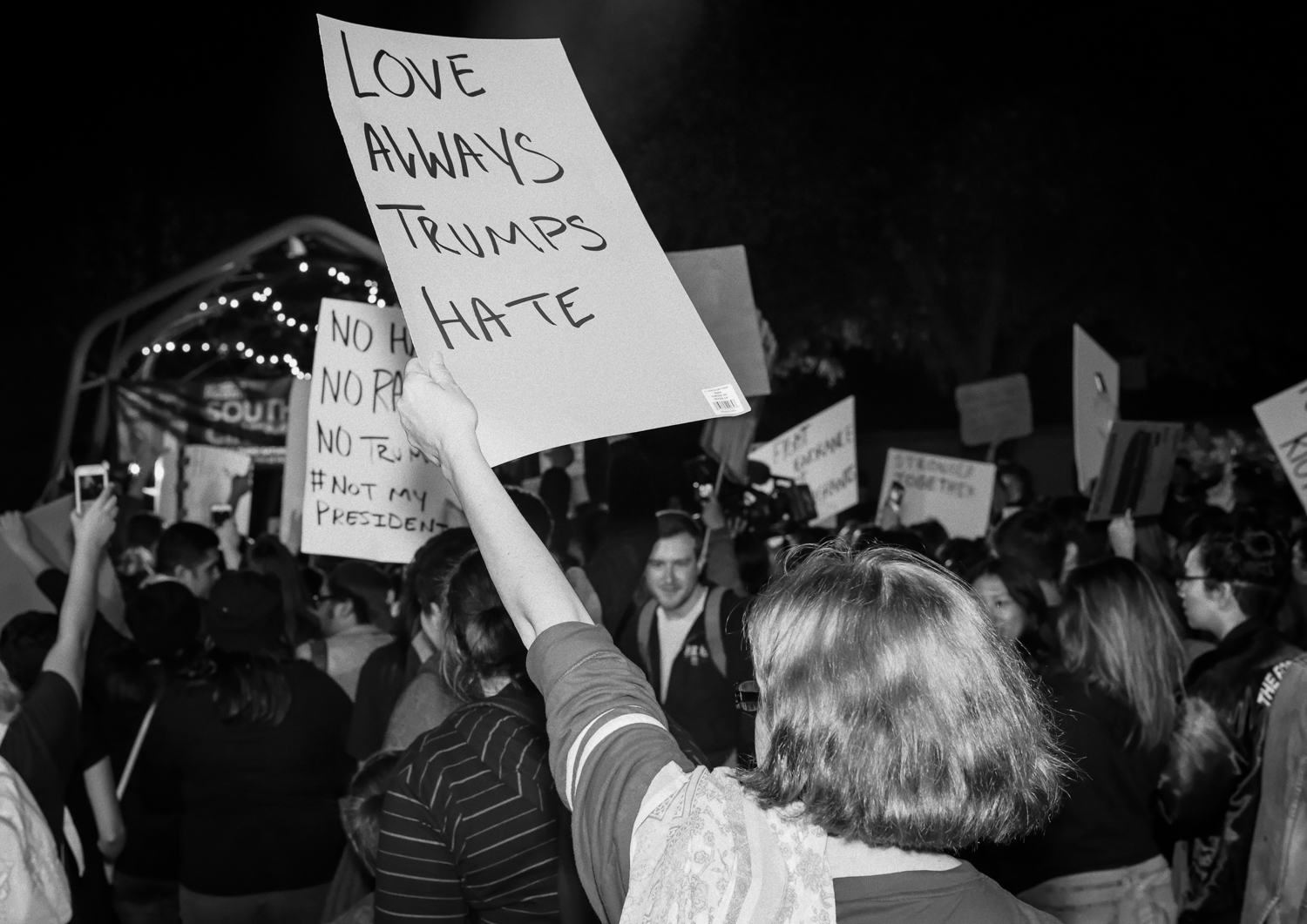 Given the amount of vitriol I have already received from hateful pro-Trump supporters, I have closed comments on this blog post. Please continue the conversation with me on social networks.