Two and half years ago I wrote about failing literacy in America, caused in part by evolving digital media types. The average citizen is losing the ability to understand the written word, and cannot discern quality information online based on text. Never did I imagine that a crisis would come to a fore as quickly as it has with this year’s fake news crisis.

In 2014 I wrote, “Part of literacy… is being able to delineate quality information from bad data. In the visual world, that includes producing and consuming quality media in a loud environment.”

Since then we have witnessed the election of Donald Trump, Pizzagate, and the general rise of digital fake news. Today, any persona has the ability to dismiss any other group or media outlet as biased.

As a result, less trust exists for the media. Even triangulating the facts behind a story does not guarantee the data offered is actual truth. In fact, it takes a chorus of diverse voices to make even the unwilling yield to truth. Still, liars and those who want to refute such stories — propagandists like Donald Trump, for example — can call it a “conspiracy.”

The ability to widely disseminate bad information and have it shared with trusting peers creates what is now being called a post-truth reality. There is no fact that can withstand the battering of the adamantly wrong and intentionally incorrect. That is scary, my friends. 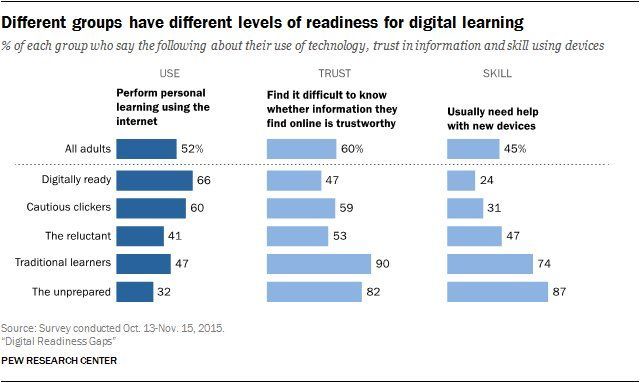 The average American is not prepared to learn or understand information online. A recent Pew study showed that sixty percent of American adults don’t know whether the information they are consuming online is trustworthy.

There is no obvious answer for our digital literacy crisis. People are not questioning what they read online. Worse, they are unable to prepare their own children and grandchildren to discern quality information online, either.

This leaves the imparting of media literacy skills to our schools. As someone currently working in the edtech space, I can tell you that America’s schools are just coming to understand how to best implement online learning. Some schools are very good at it, others don’t even have basic computing devices for their children.

In addition to understanding how to consume information online, parents and educators must learn and teach how to research the information they are receiving. Questioning information must become second nature. We need to ask questions like:

These are basic questions that the average American doesn’t ask online. Instead, we simply trust the source who shared that information. Whether it is a peer sending a story via email or a social network algorithm, the online trust economy created by digital media channels has demonstrated its truest weakness. 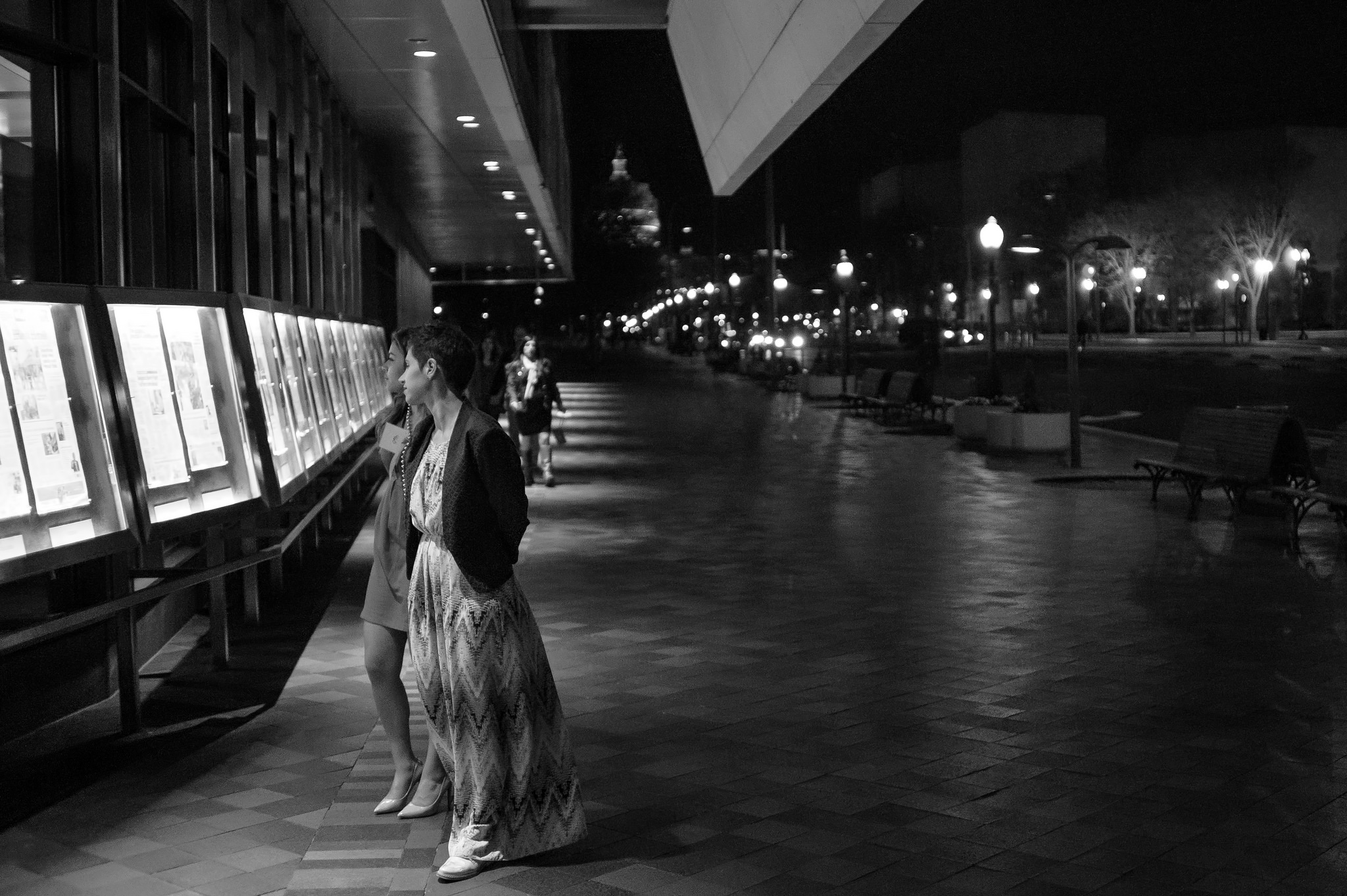 As social media has risen and traditional media have lost market share, news outlets have moved to tabloidesque journalism from formerly trustworthy brands. We have also seen media fracture to cater to smaller demographics, which in turn has created polarized community groups. Most media outlets serve their smaller constituencies with sensational stories drummed up to captivate the human mind. Click bait rules the day.

A younger, smaller media corps with less seasoned editors behind them now write sensational headlines with shaky content. These stories lack the factual quality that even a second tier news outlet would have demanded two decades ago.

Then there are those who seek to sway minds with fake news, propaganda disguised as tabloid news. These stories have been deployed through the interwebs, and in actuality through the centuries, with great damage to society.

Today, sensational and fake news stories spread like wildfire thanks to the Internet. Facebook has moved from its original intent to connect people to a viral mechanism to misinform them.

A cycle has been created with likes falling along party lines. With bad information comes unwieldy results. And here we are, a world where the very truth itself can be debated and hucksters can use propaganda and smeer tactics to convince the public they are right. 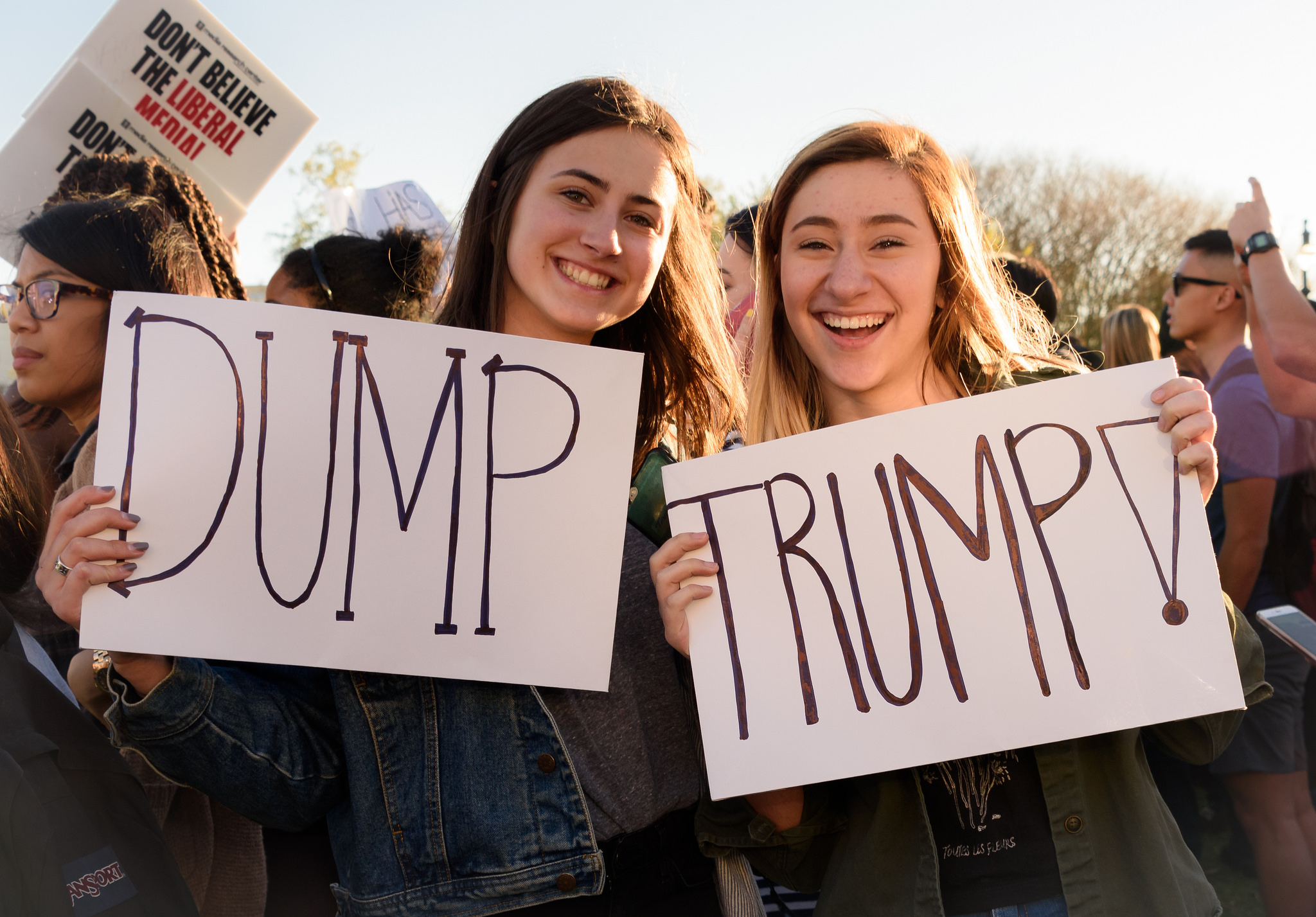 In the wake of the Trump election, I found myself needing to read more my then narrow group of political news media, primarily CNN, the New York Times, and Politico. I started reading more conservative outlets, the Wall Street Journal and Fox News, as well as the Washington Post and USA Today. In addition, I tried Breitbart News but found it to be so malicious and ridiculous that I could not stomach it. Don’t get cocky, liberals, I could say the same thing about Jezebel.

My overall assessment surprised me. While groups of media tended to cover similar stories — e.g. “liberal media” outlets the Washington Post, CNN and the New York Times and the conservative group of the WSJ, and Fox News — none of them reported stories in the same way. Here is a masthead by masthead review:

CNN: Sensational and over the top. Pure tabloid, almost none of it seems well grounded.

Fox News: Sometimes grounded, but extremely slanted towards the conservative. Runs a fair amount of link-bait chum that leans towards the malicious. When Fox owns a story favoring moderates or liberals, you know it’s true. They tend to be slow to publish stories that show Trump in a negative light.

New York Times: Very grounded, but written with a liberal slant. There’s great journalism here, but like Fox, when a story favors the conservative, it tends to be when the facts are in their favor, AND the story is big.

POLITICO: Pretty balanced in its news coverage with the exception of representing the political establishment (as a trade rag would be). So Trump coverage has been, but is increasingly less so, shocked and sensational. The zeitgeist has been accepted.

USA Today: The rare moderate masthead, USA Today plays it in the middle, and reports when facts are available. A fair barometer for breaking news.

Wall Street Journal: Similar to the New York Times, this paper is very grounded with great journalism, albeit a conservative slant. The conservatism on display here is that of big business, and as such it remains committed to facts, and will print a story favoring liberalism or anti-Trump if it is proven true or if it is pro-business. All political stories seem to be on delay here, a clear sign of careful vetting.

Washington Post: Grounded, but not as much as the New York Times. It still has a penchant for running the sensational, and can’t resist a good Kelly-Anne Conway quote (yuck). I take their anti-Trump slant as a partisan view.

As a result of broadening my spectrum, I do not trust CNN anymore. It’s pure junk. I also am not likely to trust Fox News and sadly, I don’t trust the Washington Post as much as I used to. In addition, if both the New York Times AND the Wall Street Journal agree on a story then it is almost certainly true. 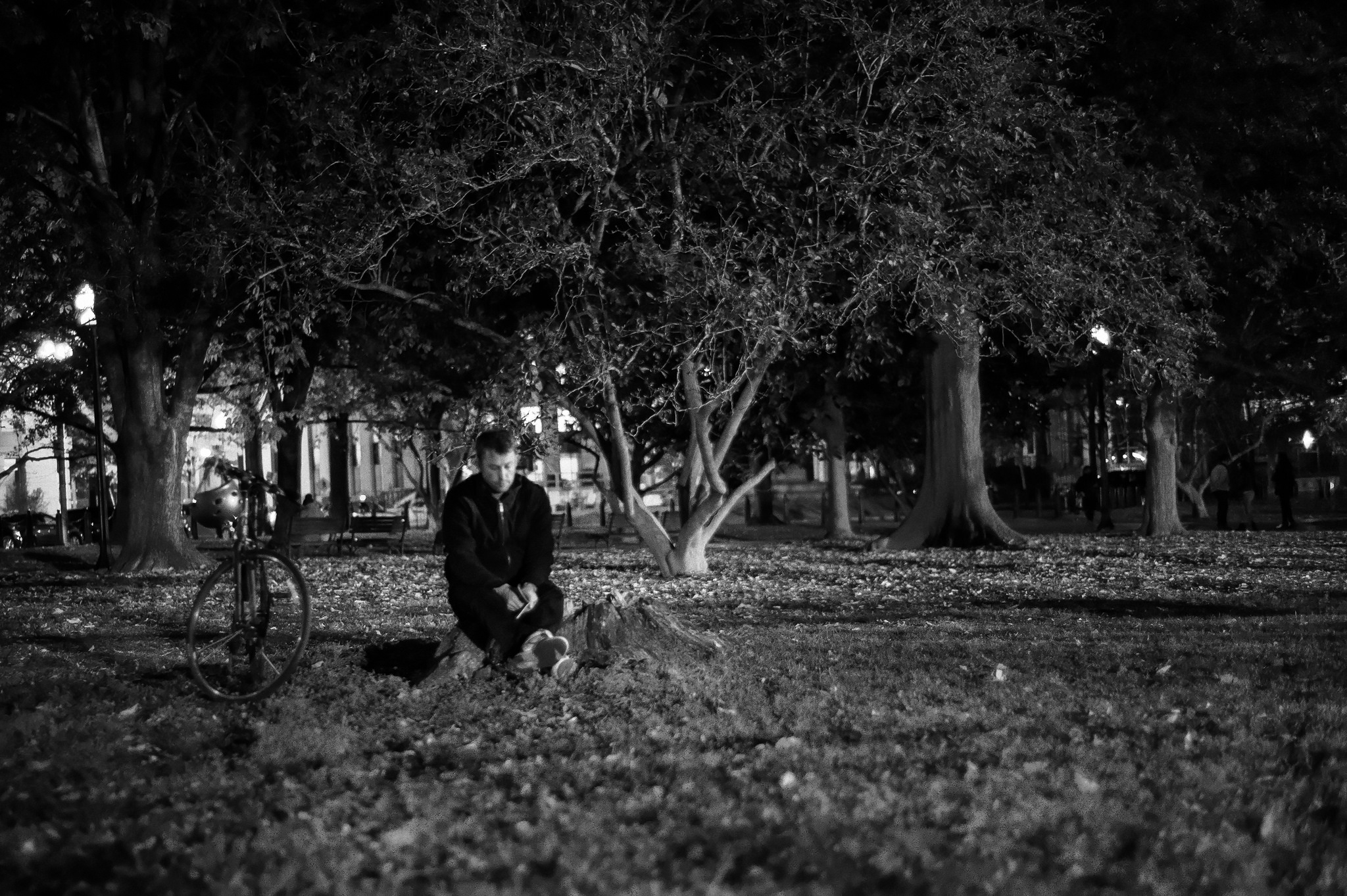 The biggest take away from my informal experiment was the lack of integrity several of these outlets have when it comes to delivering “news” to their stakeholders. In the case of the more tabloid-esque outlets, it’s clear clicks and eyeballs matter more than the quality of journalism. They are purveyors of the sensational.

Perhaps more disconcerting, these outlets are some of the most consumed news producers in the United States. The study does not include the less reputable outlets that spawned the fake news crisis debated so vigorously over the past two months.

We have seen the results, and they are wild. Though people read and watch news online, because of their information sources, they remain ignorant. And worse, they are adamant about being informed.

To date we’ve seen Facebook offer algorithmic promises at resolving the issue. But given the intrinsic desire of the human mind to fancy the sensational, will it be enough? I don’t think so.

In the end, we must look at the root cause. And to overcome, we must come to know ourselves. We must educate ourselves to discern online information and then demand quality. Digital literacy is the answer, in my opinion, not algorithms to protect people from their own inability to understand information.