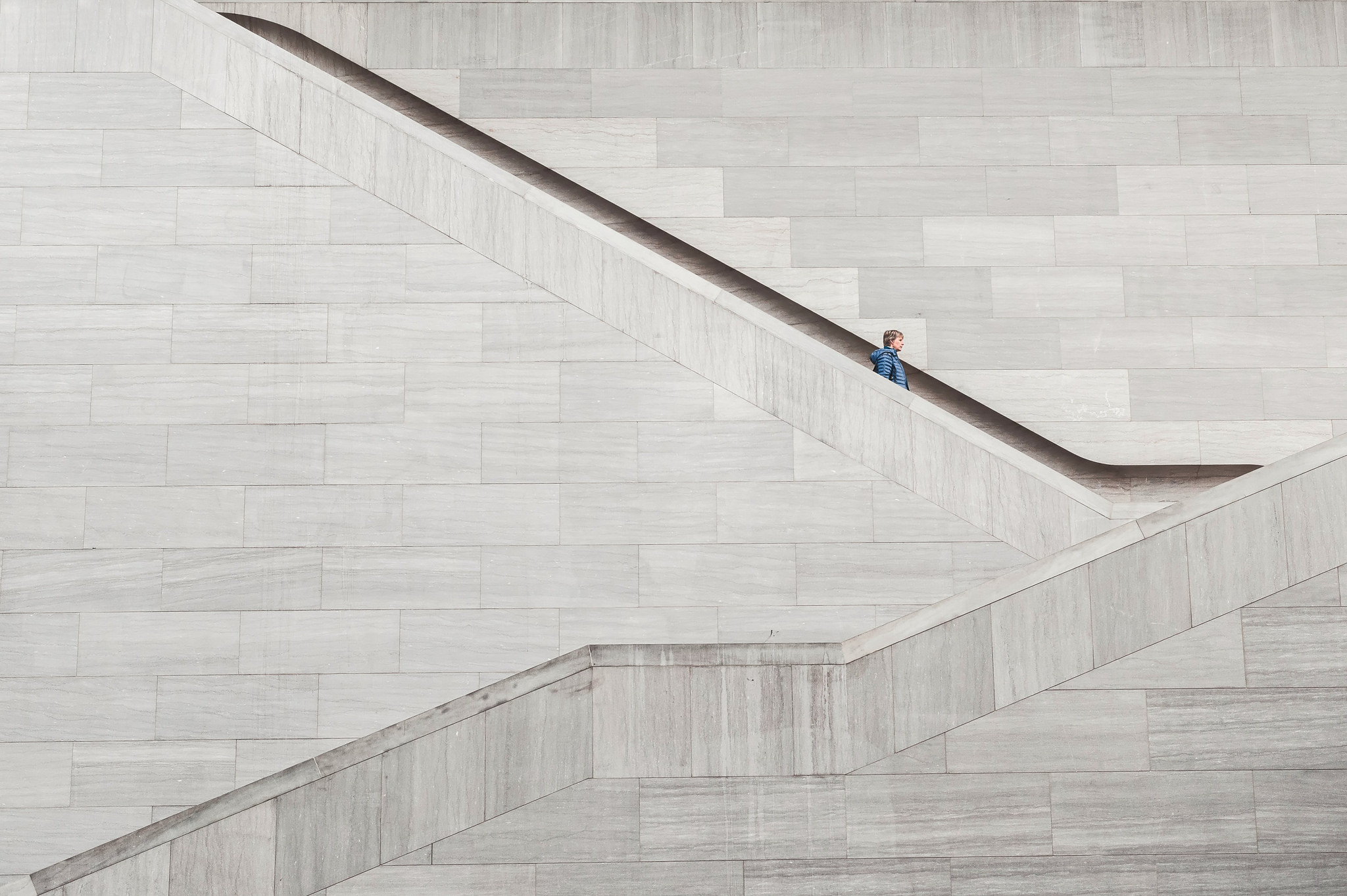 This year’s Exposed DC Crystal City Fotowalk Underground Exhibition features 13 local photographers, including me. I contributed a 12 photograph series focusing on isolation and self identity.

Modernism as a movement interested me because of its take on the isolated individual in the industrial world. My favorite modernist was Franz Kafka, with his characters often alienated and trapped alone in a mad ironic world they cannot escape. While 20th century modernism deals with isolation in a time of factories, cars, and new skyscrapers, I feel we are in a new modernist era.

The current sense of alienation finds us alone in a crowd, both in the city and with social media. Our sense of self is exacerbated, a brilliant signal in a vast barren field of noise. For many that noise is defined by the digital noise they experience on their phones, TVs, and computers. It is often malevolent filled with self-indulgent over-spun social media posts, Trumpian vitriol, and fear-mongering tabloid news.

When we are in the world, surrounded by crowds (and that person taking an over-contrived selfie to add to the digital noise) we feel relief, but see ourselves as a unique signal in the noise. The rest of the world doesn’t even see us, just more noise. So last year when shooting street photos, I tried to capture the 21st century sense of self, surrounded by millions, yet alone.

This Friday Exposed DC is hosting a happy hour at the Gallery Underground in Crystal City to unveil the 2018 exhibition. If you live in DC, please join us and come see the exhibition. I will be there on Friday, and the photos are gorgeous, blown up so you can see them in large format.

You can also find smaller virtual copies of the exhibition photos in this gallery, and five of the 12 shots below with the back story behind each image. Cheers!

A dark sky and gritty take on an idyllic Laguna Beach scene makes this walk beautiful, yet fraught with trouble. It’s an image that typifies what I believe represents the isolated self in the 21st century. The beach was actually quite crowded, but there was a five second pause in pedestrian traffic around her on both sides. I actually sat in this spot for 30 minutes waiting for the shot. 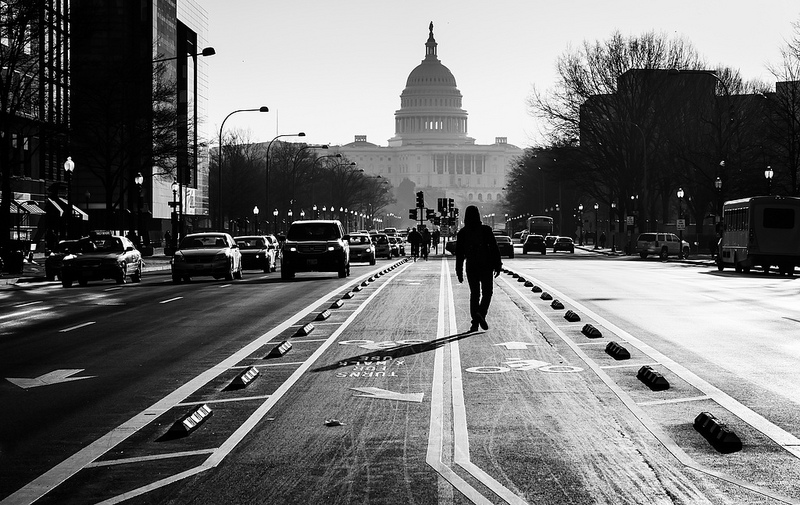 Taken during a foggy morning in DC, this photo features a man walking alone on the Pennsylvania bike path towards the U.S. Capitol building. The last vestiges of the fog are burning off in the distance, and his silhouetted hoodie add a sinister element to the image. To me this is how many of us feel alone and powerless when we consider the modern political environment. 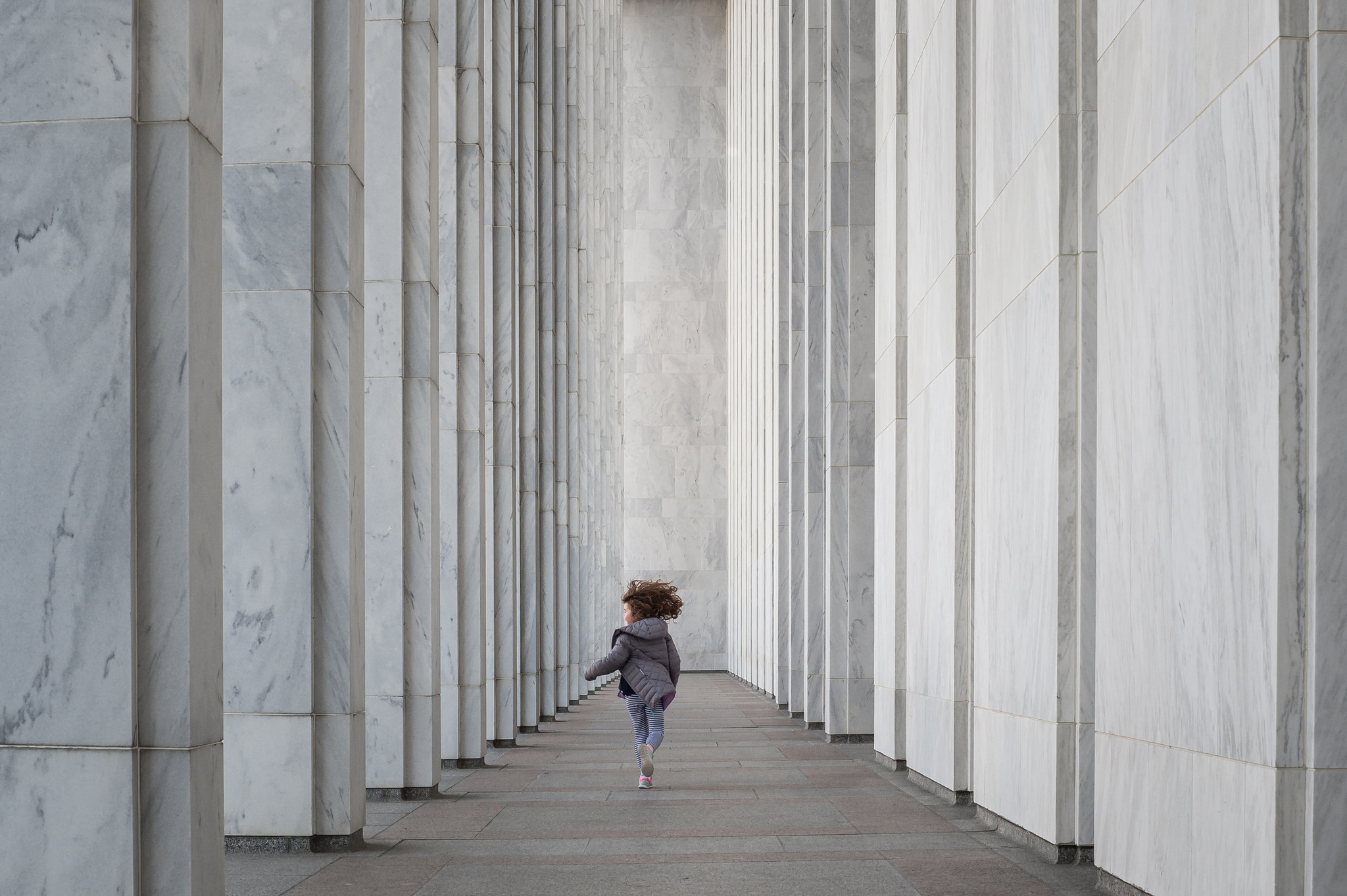 I was sitting in the pillar of the Thomas Jefferson Building at the Library of Congress, waiting for people to walk out the entrance for the perfect shot. Suddenly, this little girl ran into my frame and went tearing down the passage oblivious to the world. The image typifies an innocent beautiful sense of isolation that children have as they enjoy their surroundings. It also illustrates hope, the belief of what could be in this crazy world. 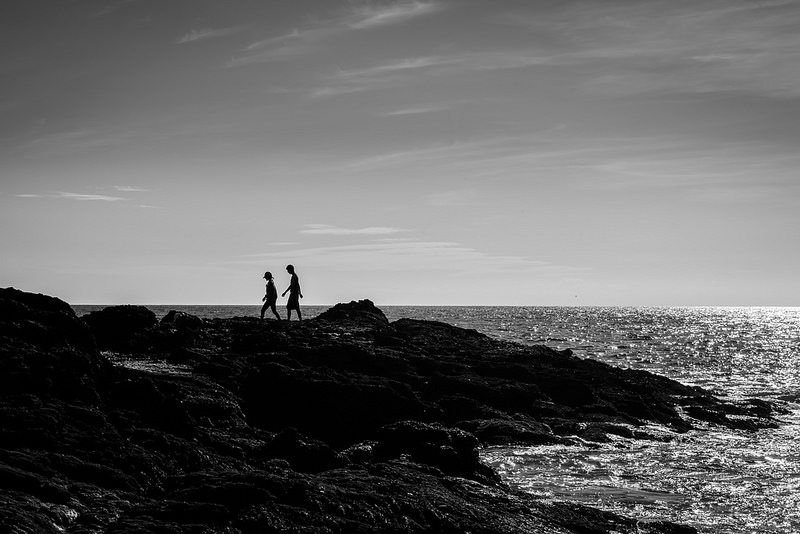 Together at the End of the World

When you are in love, one often feels a sense of positive isolation. No one else exists almost, it’s just the two of you enjoying life and facing the world together. This silhouetted shot typifies that sense of love, in my mind. 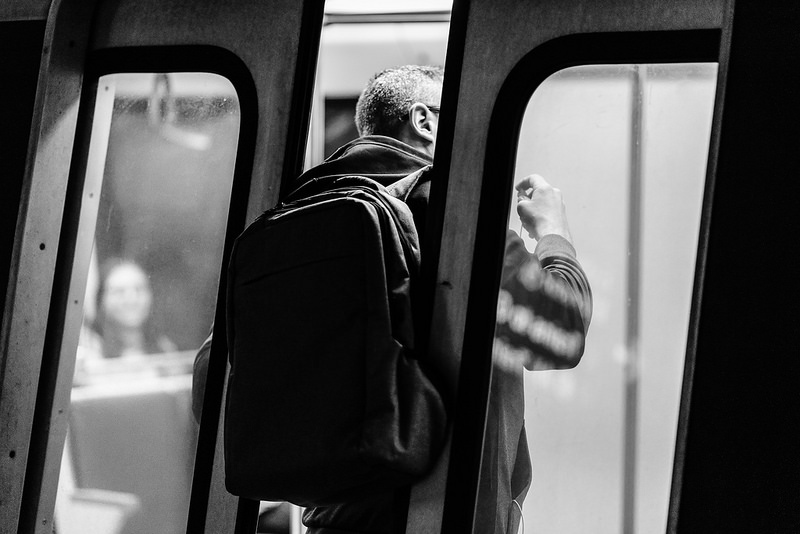 Stuck on the Train

This poor fellow pushed his luck and found himself trapped in the metro. The doors eventually opened, and let him enter the train. What a great visual for modern isolation. It screams awkwardness, isolation, and humiliation for an individual alone in a large crowd.

I recently curated a new set of 10 isolation photos for my friend Richard Binhammer. You can see them here.