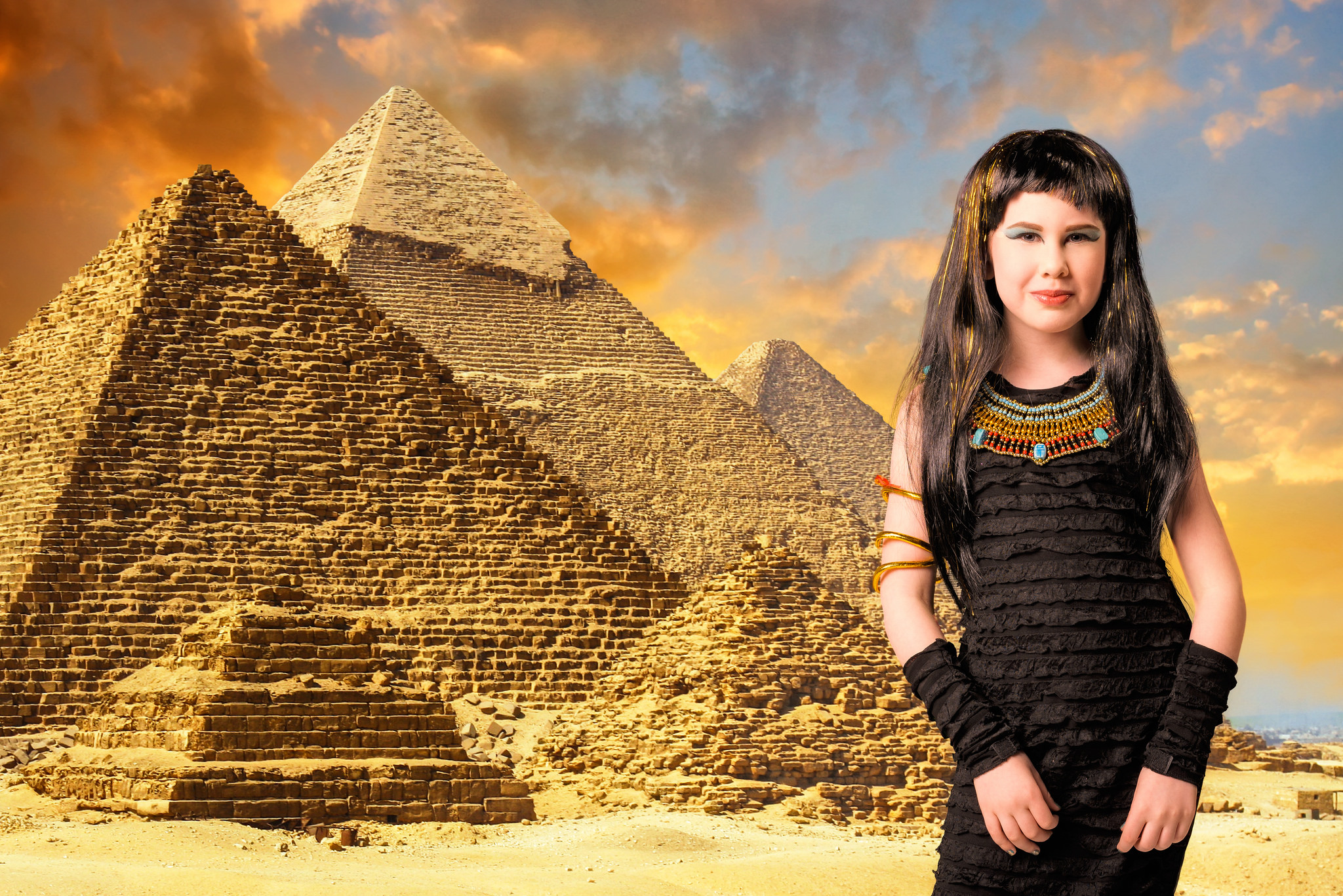 These four portraits of my daughter Soleil, feature her dressed up as Cleopatra, Egyptian Goddess. Soleil asked me to take the photos of her dressed as Cleopatra last winter, so we went and purchased two costumes, and booked some studio time at Union 206 Studio. Jessie Campbell did the makeup. 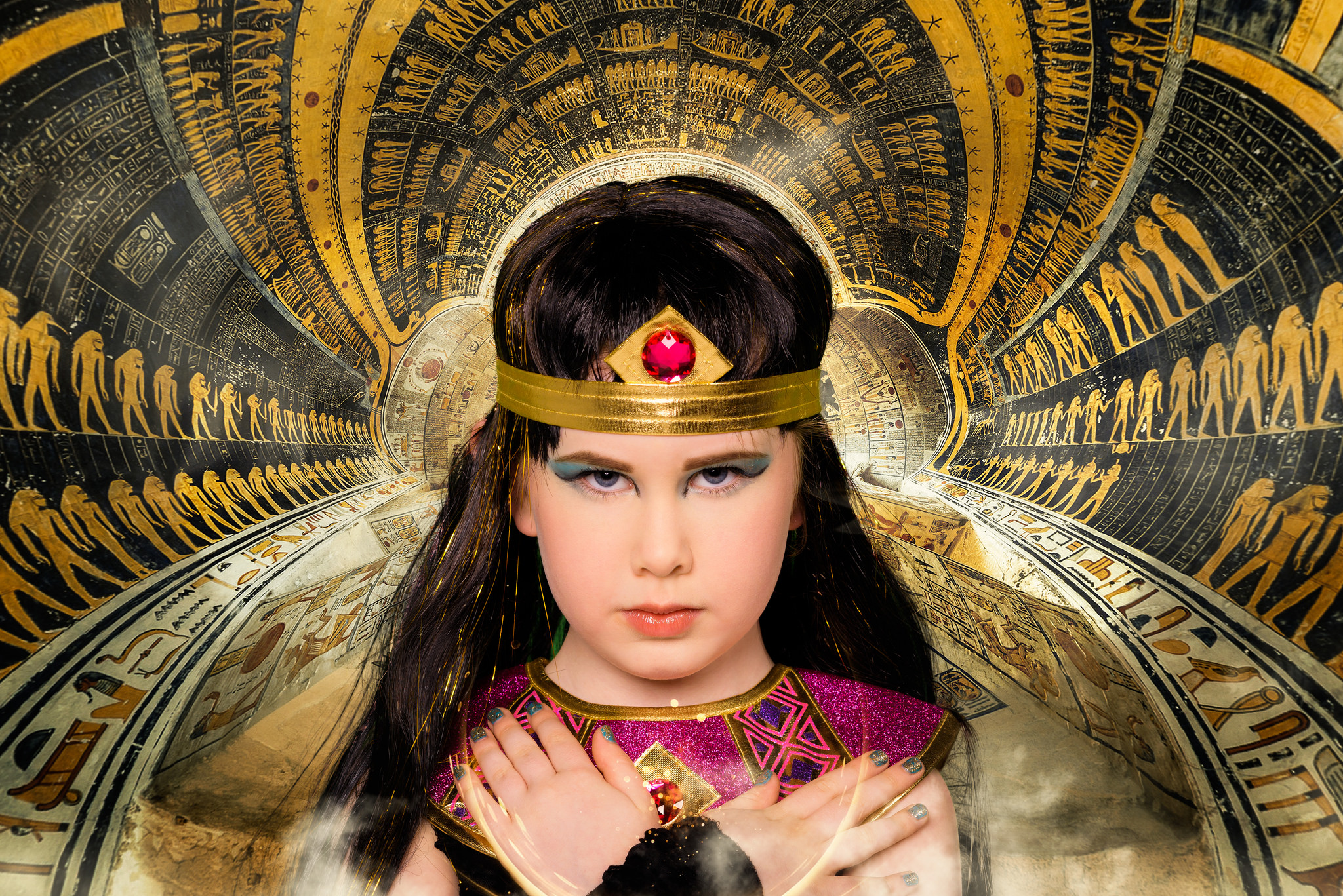 Unfortunately, I had some significant life events that interrupted the effort. Seven months later the composites are done, just in time for Soleil’s birthday next week. 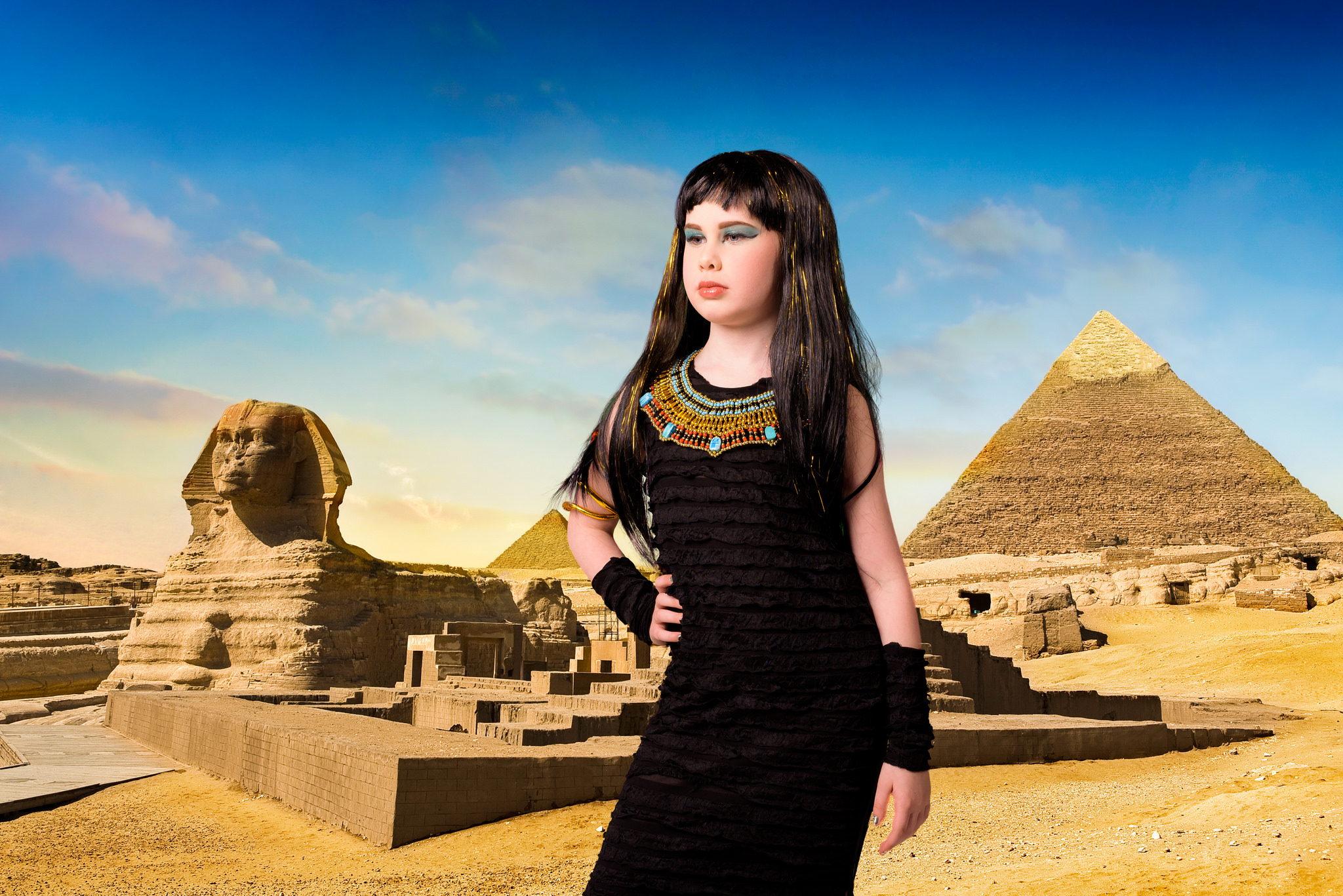 The project was deeply influenced by Josh Rossi‘s Wonder Woman effort, where he spent $1500 to turn his daughter into the Amazonian superhero. My project cost approximately $600 not including my time, more of a bootstrap effort, in comparison.

Soleil’s Egyptian concept allowed us to put together two costumes piecemeal via various manufacturers on Amazon and Etsy.  We bought tunics, Halloween costumes, wigs, and costume jewelry.  It was just Jessie, Soleil and I in the studio, and I used a simple two light set-up. 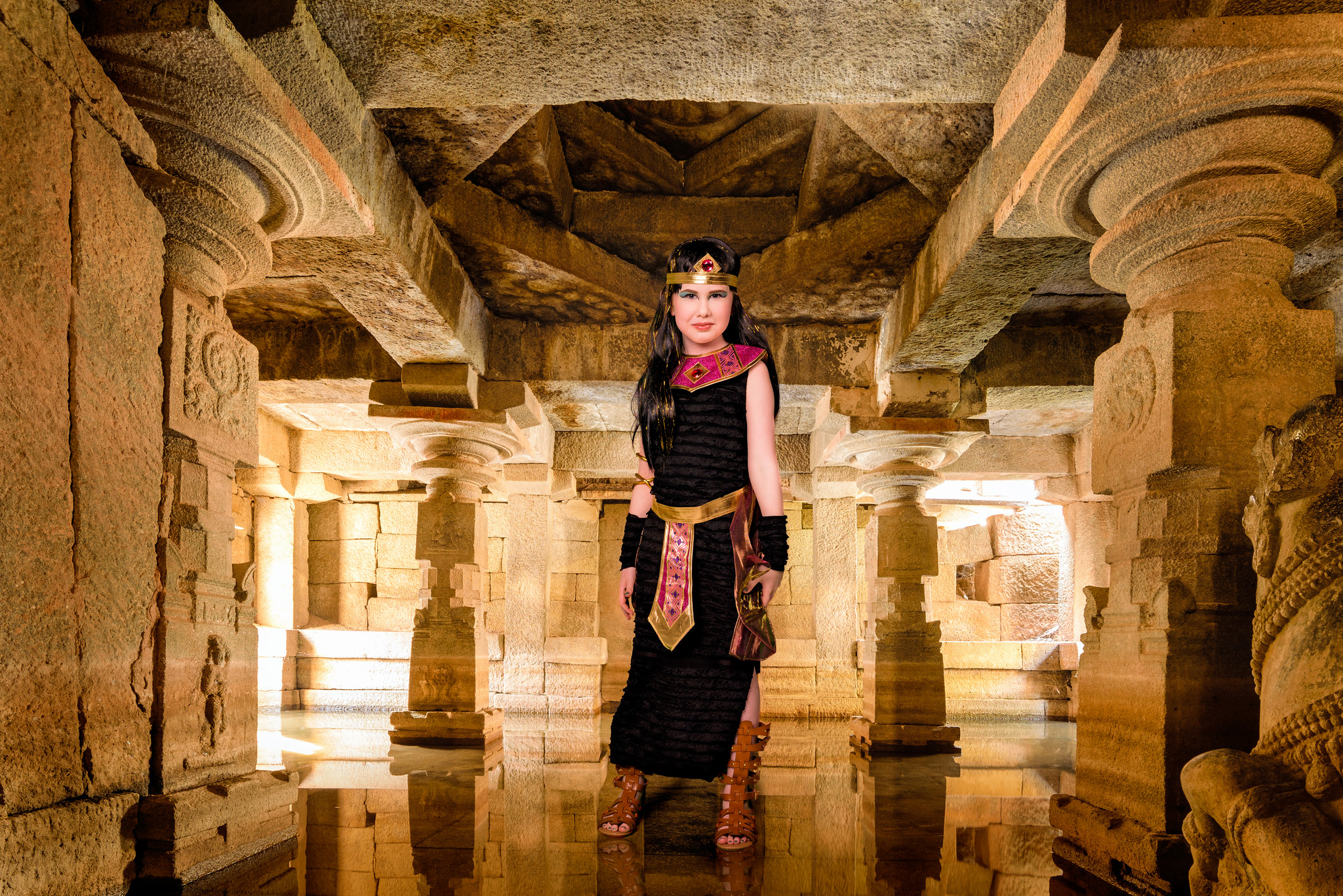 The images were shot with a green screen backdrop to assist with creating the composites. I intentionally selected ancient Egyptian backgrounds on iStock to complete the feeling of an authentic ancient Cleopatra, at least to the 21st century’s romantic view of that time. 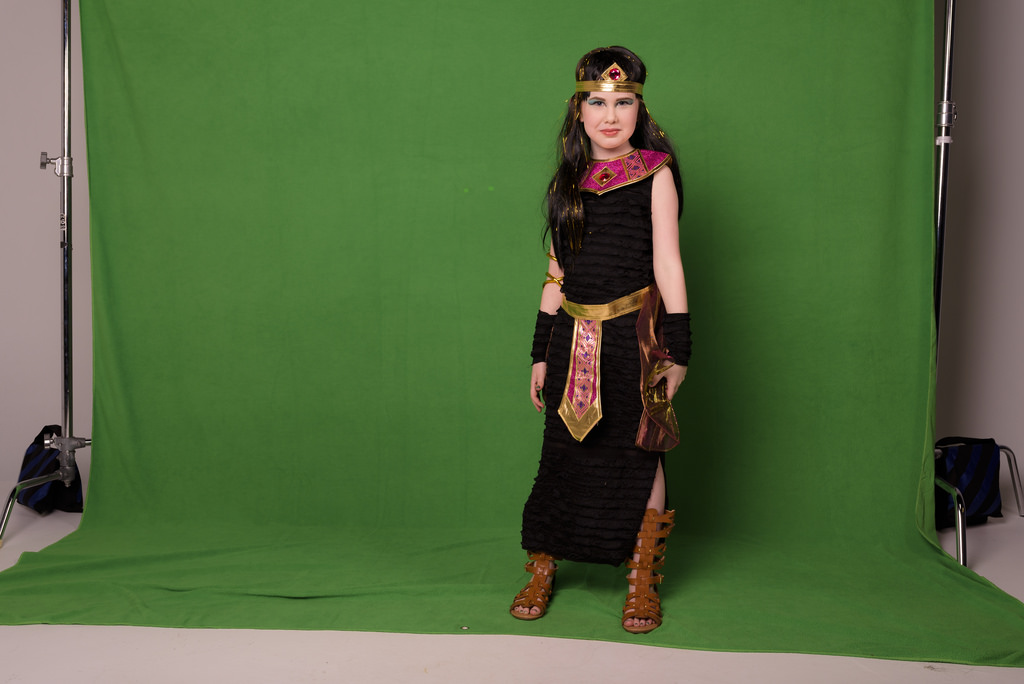 It would be pretty straightforward to simply duplicate the look and feel of Rossi’s work. Instead, I avoided the dystopian heroic movie image seen in many DC Comics movies and tried to create a fantastical environment that felt golden and Godlike with some dark contrast.

These photos represent play between Soleil and I. Soleil was studying Cleopatra for school at the time, and we learned that the ancient Egyptian leader was the country’s last pharoah, and as such was considered or labeled as a goddess. And in this fictional series of photos, Soleil is a powerful perhaps even intimidating goddess. But, she is a playful child and that needed to come through. I think the pyramid and temple shots show this side.

By the way, the half smiling smirking Soleil (because she couldn’t keep a straight face during the photo shoot) may be her interpretation of Cleopatra. Take that Elizabeth Taylor.

Don’t miss the Union 206 one light workshop on November 11.