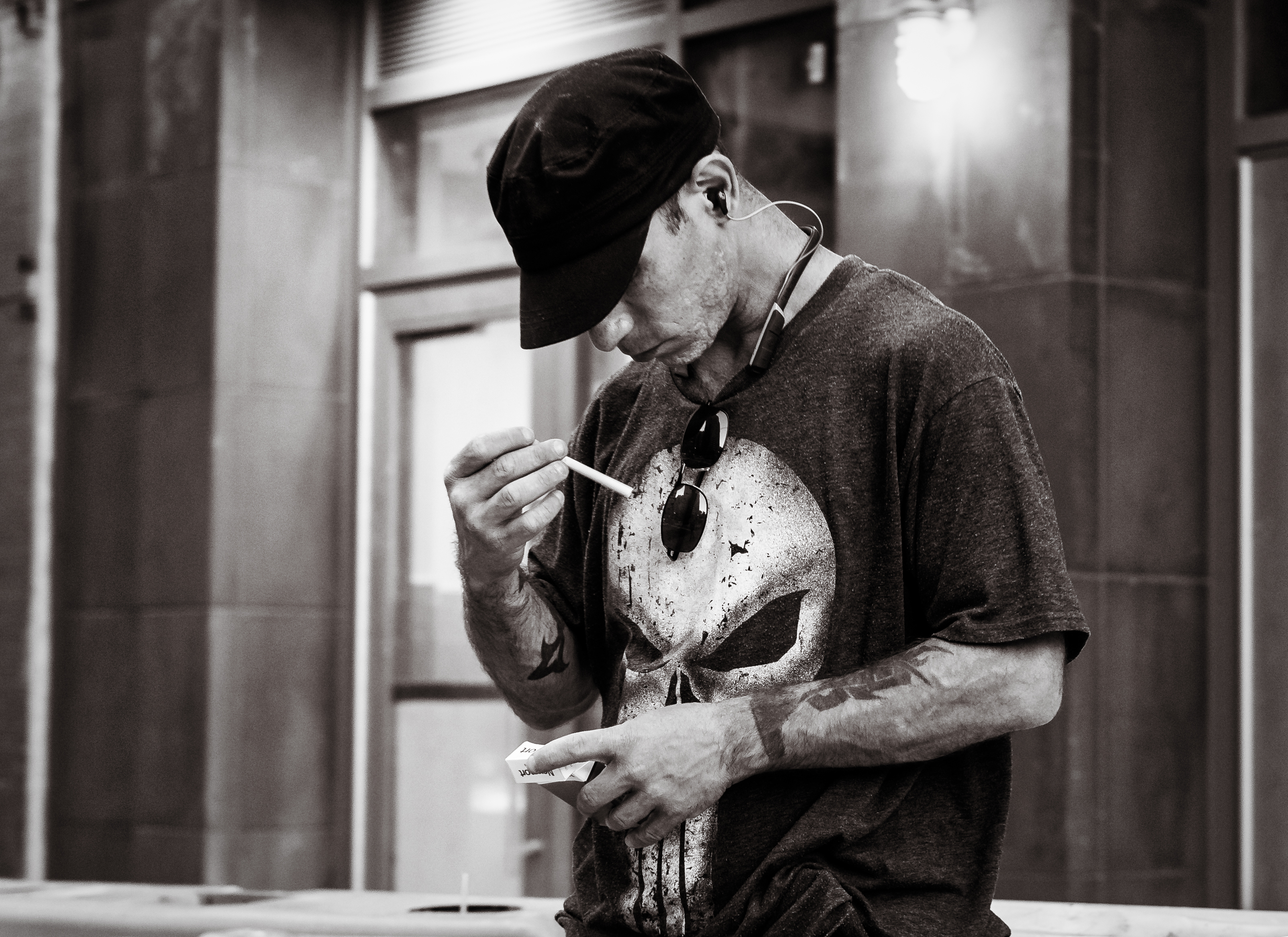 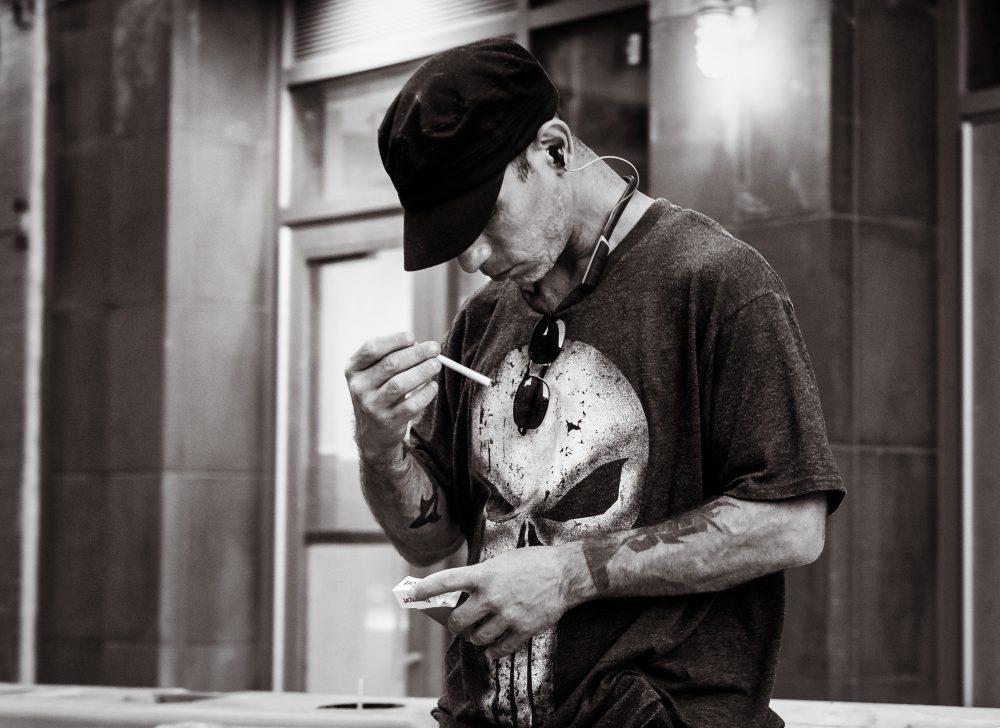 My friend Richard Binhammer published a new series of my isolation street photographs with Binhammer Photographs. These are arguably my best 10 isolation shots taken in the past year.

In early 2018 I was fortunate enough to have ten of my street photographs featured in ExposedDC’s Crystal City Exhibit. These ten photos were hung on the wall as a photowalk through the city’s underground tunnels. The theme for the ten photos was isolation.

That original series defined one of my approaches to street photography, creating a new modernist sense of isolation:

The current sense of alienation finds us alone in a crowd, both in the city and with social media. Our sense of self is exacerbated, a brilliant signal in a vast barren field of noise…  When we are in the world, surrounded by crowds (and that person taking an over-contrived selfie to add to the digital noise) we feel relief, but see ourselves as a unique signal in the noise. The rest of the world doesn’t even see us, just more noise. I [try] to capture the 21st century sense of self, surrounded by millions, yet alone.

With that in mind, here is a new series of isolation photos taken in the past nine months. 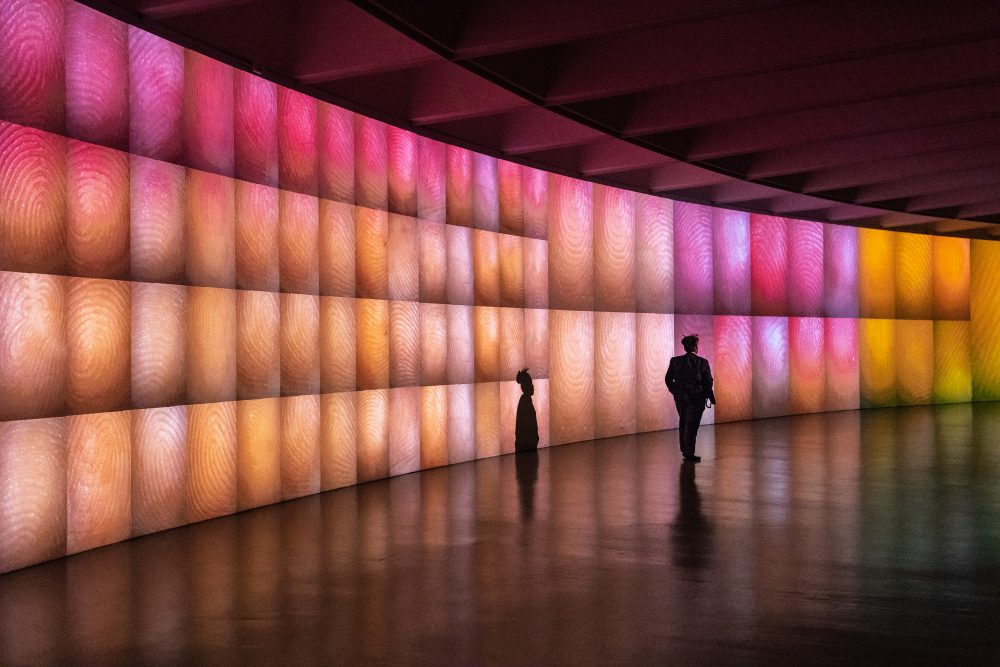 Taken at the Hirshhorn Museum’s new exhibit Pulse by Rafael Lozano-Hemmer. The security guard walking in the scene is Tianca Sibert, and she had wonderful things to say about the exhibit. The tiles are actually people’s fingerprints, and the lights pulse on and off with someone’s heartbeat. Surrounded by humanity, yet all alone. 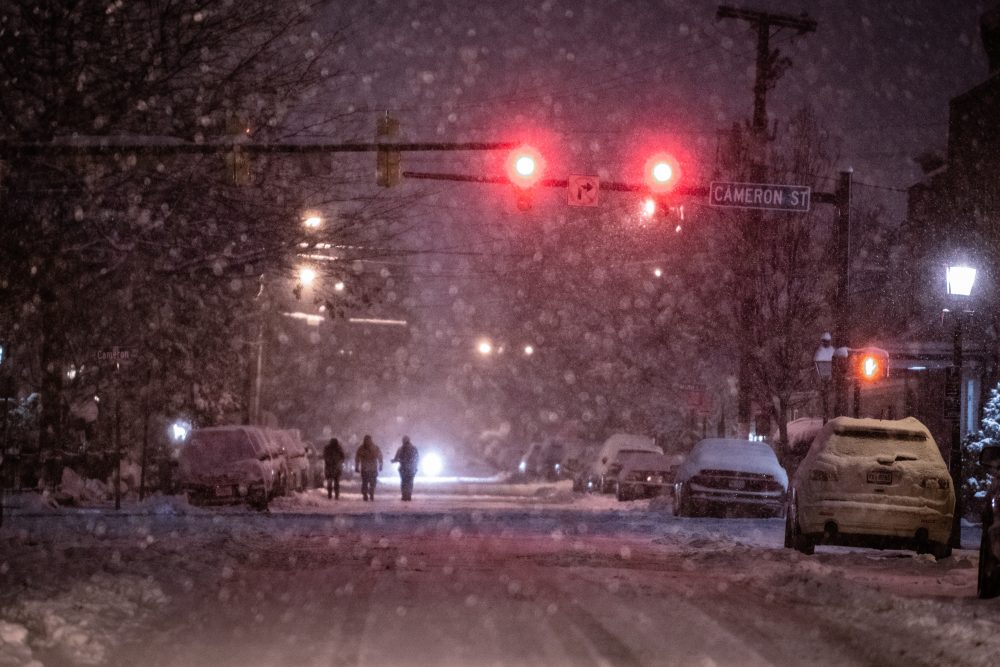 The first real cold snowy night of the season produced this shot of winter adventurers. Our pedestrians walk on the semi-plowed street to make their journey easier, and the red light adds a sense of foreboding. The long lens (70-200) compressed a lot of snow into the shot, creating the sense of a significant storm.

DC Traffic Won’t Even Stop for Her 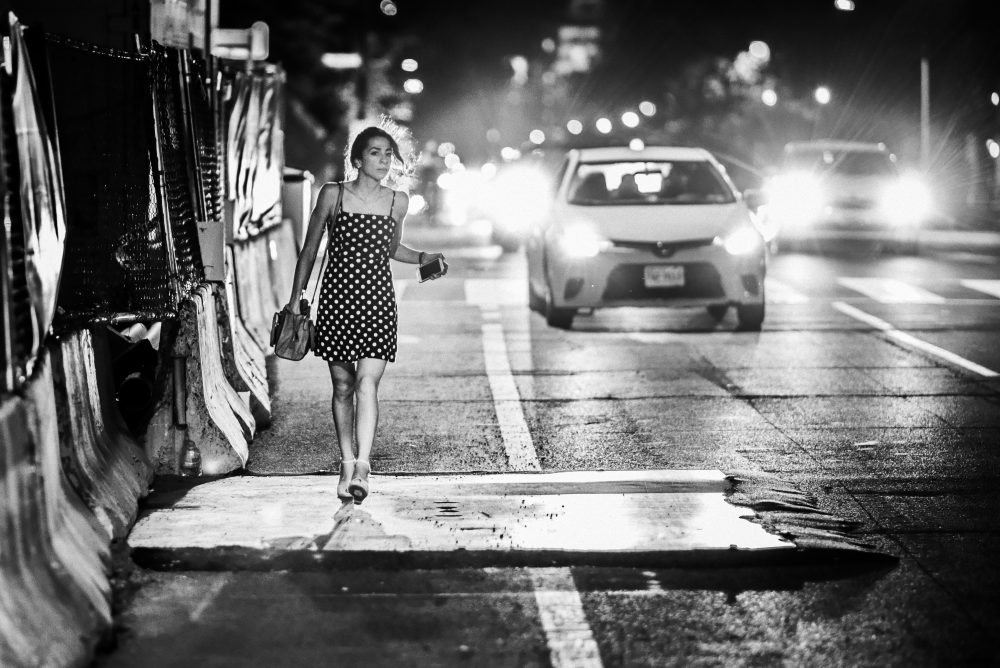 DC Traffic Won’t Even Stop for Her

Summer in the city on a Friday night. What do you get? A woman walking in the middle of the street wearing an awesome contrasty polka dot outfit that works perfectly in the stark night light. She is carrying her phone in one hand, another hand digging in her purse, all while oblivious to the traffic behind her. Ah, to be young again.

If you have watched the Punisher, then you know what a dangerous character Frank Castle is. And this gentlemen seems to fit the bill, though with a bit of “Lock, Stock, and Barrel” flair.  Of course, he is oblivious, too, immersed in his chic tough-guyness. Taken in Manhattan. 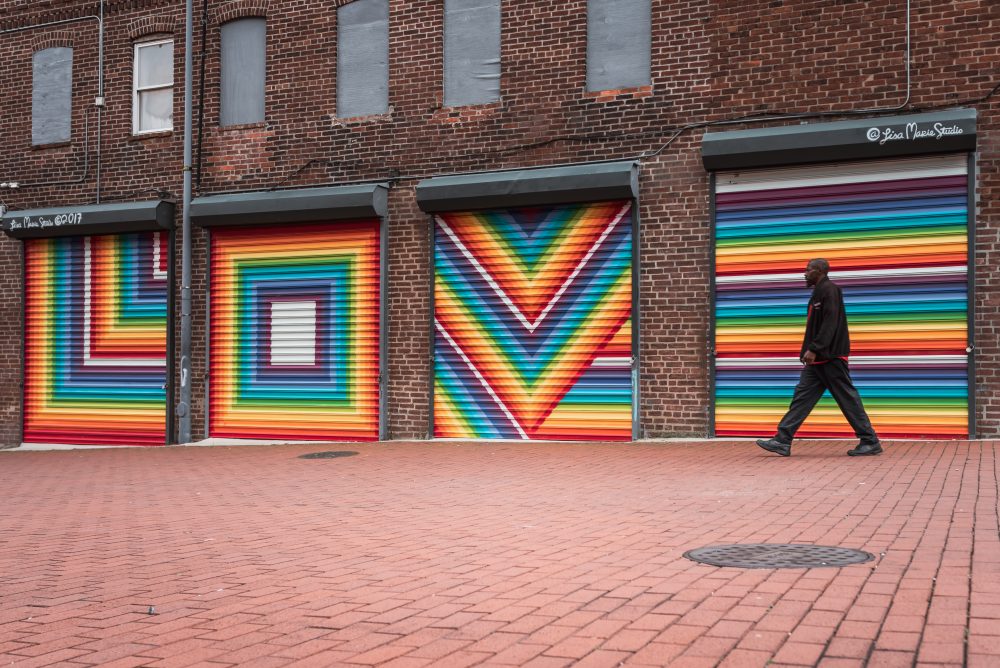 This Love mural is quite popular in Washington, DC. But what I like about this shot is the man walking right through it with a wide stride, and a sense of purpose. He is likely oblivious to the Love mural, painted in Pride colors, much like we are sometimes oblivious to the messages those who love us often convey. We are isolated in our own little reality. 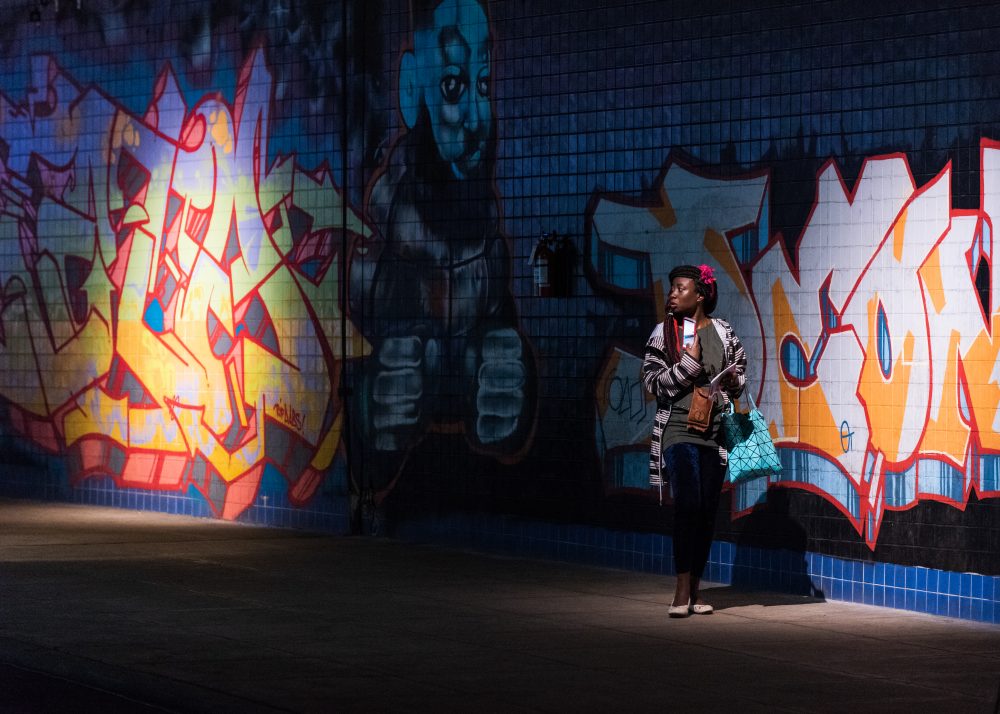 I take a lot of photos for Dupont Underground as a volunteer. This is one of my favorites as it captures the awesomeness of the many art exhibits that find their way into the facility. This woman was looking at projected video against the far wall, while surrounded by graffiti, most notably the Aladdin illustration that is looking right at her. 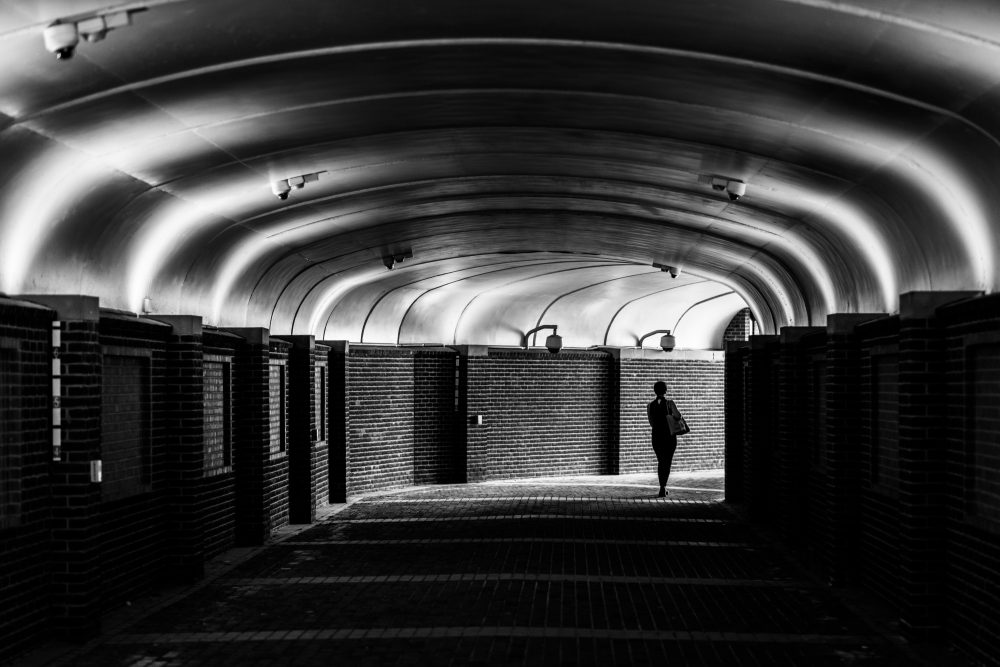 Taken at the King Street Metro Station tunnel in Alexandria, VA, this shot offers a lot of classical symbolism. It shows someone walking into the light, a journey achieved or perhaps even death. The viewer must also make that journey through the tunnel, and in many ways, that journey is dark and scary, though inevitable. 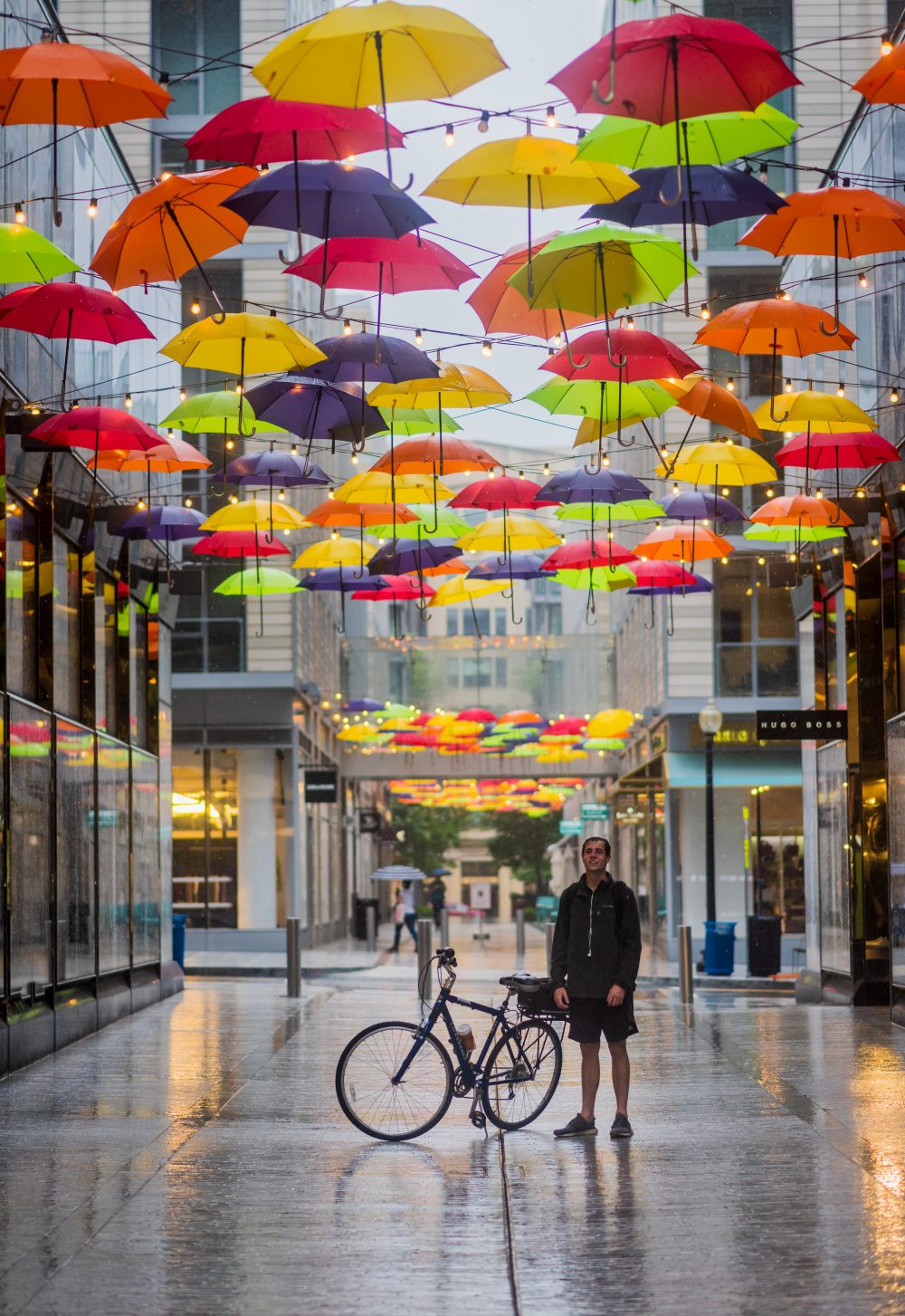 There is nothing quite as frustrating as being caught in a downpour without any hope of staying dry. Even amongst all the lovely umbrellas in City Center, Washington, DC, you can feel the angst of this young man, alone on his bicycle drenched in the rain. 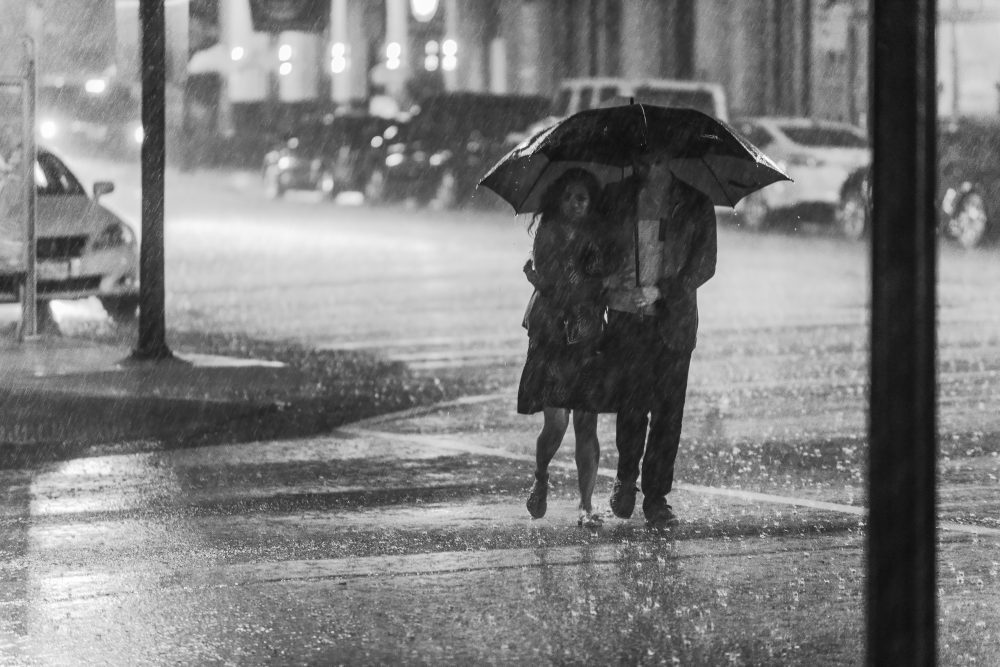 Torrential rains hit DC last September as the remnants of tropical storm Gordon blew through the city.  I liked this photo because it was romantic in an old fashioned kind of way, offering a throwback to a different time when men acted like gentlemen in public.  The modern version would have her holding the umbrella for him, perhaps even more visually appealing. Still, they are the lone pedestrians in this scene, desperately seeking shelter. 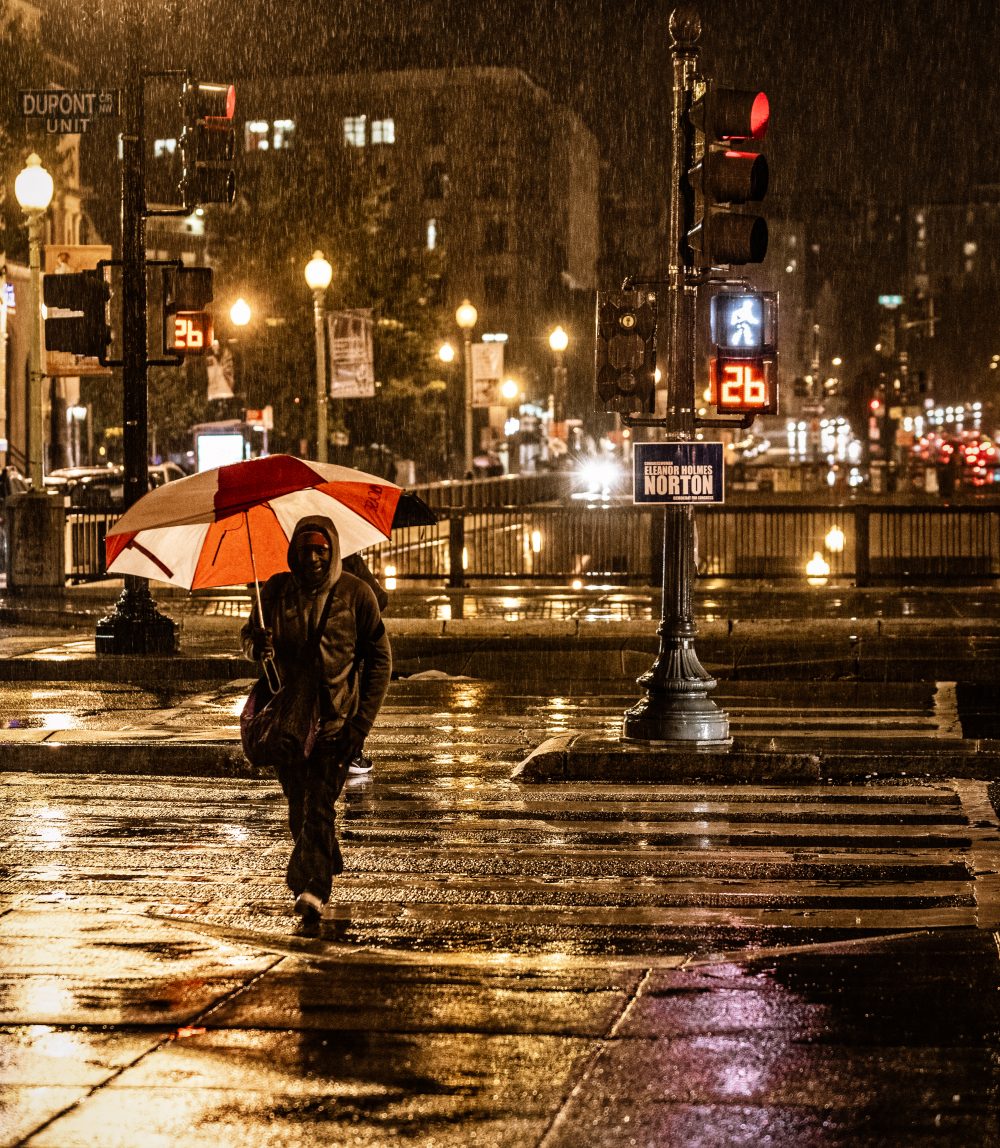 Another foul weather shot, this one at Dupont Circle. The gentleman is walking through the mess, offering a splash of red and white from his umbrella. I love umbrellas, they are like little flower tops that people carry, sharing a little insight into their personal tastes. A bright spot on a lonely night in cold wet Washington.