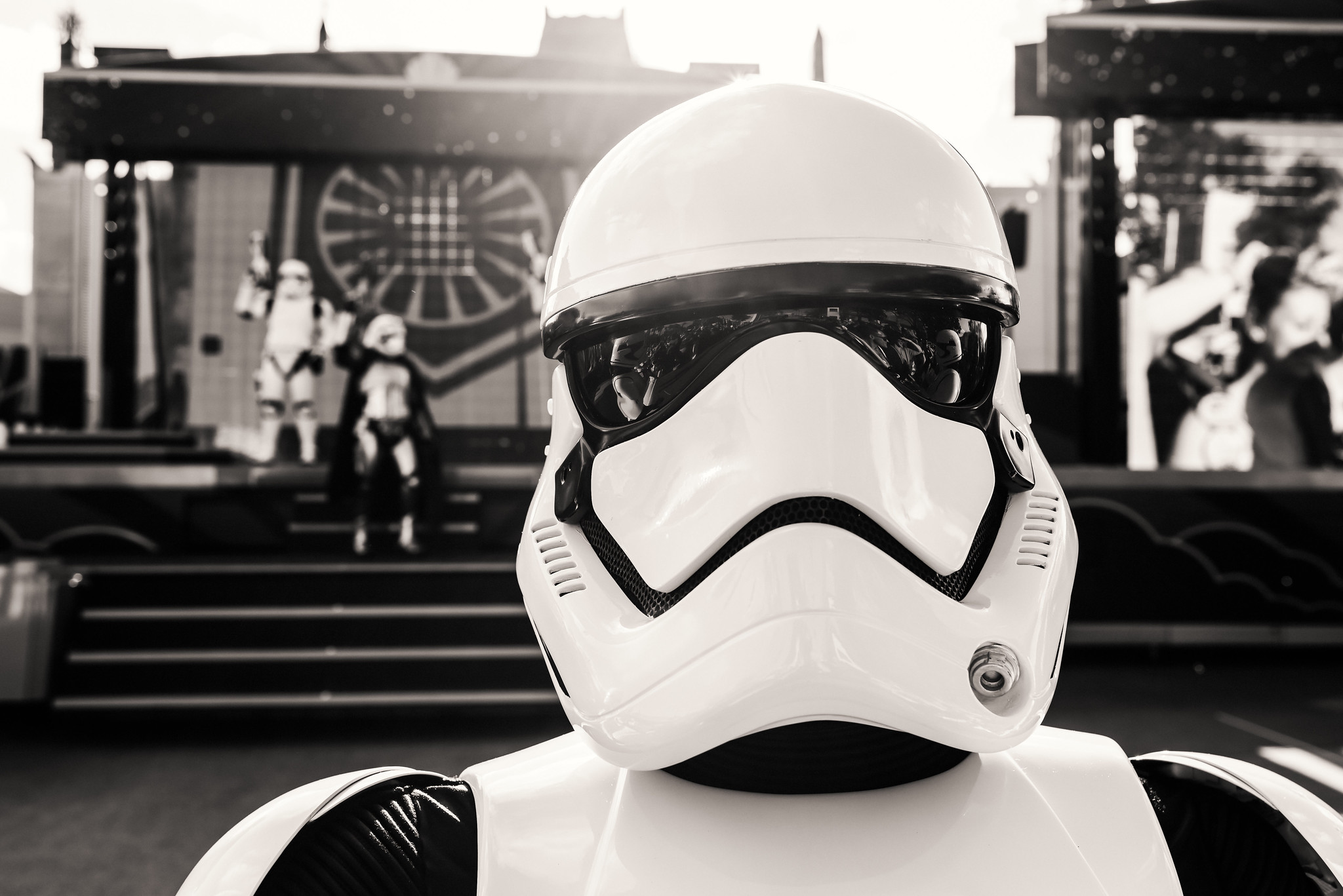 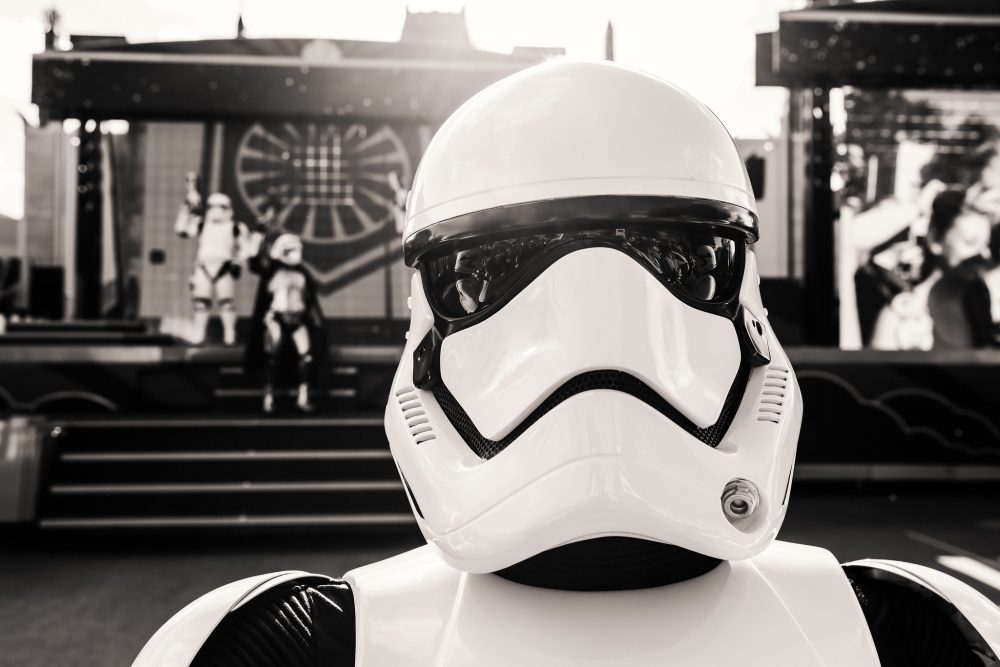 The day after watching the Rise of Skywalker, I wanted to post online, mostly a lament of sorts. But then I decided most of my commenting would be contextual within the larger context of the Star Wars Universe. So instead, I decided to rank the newest J.J. Abrams disaster with the rest of the Star Wars movies, from 1-11.

There are several critic’s rankings of all Star Wars movies. The things I may add that you wouldn’t get elsewhere are a love for the visual cinematography and action flicks. Plus I don’t get paid or receive influencer rewards for doing this. It’s strictly one lifetime fan’s opinion.

Spoilers included for the Rise of Skywalker, so be warned.

11) Attack of the Clones (Episode II)

The most insulting of all the Star Wars movies with horrid dialogue, wooden acting, and pointless scenes. The Ewan McGregor-Ben Kenobi film-noir thread could have been interesting, but George Lucas mangled it.

The only real interesting parts were the Yoda lightsaber battle and the Jedi Order details, which could have been published in a different medium. The gladiator monster battle was not awful, but definitely pointless.

There’s nothing wrong with this movie other than it’s a pointless big-budget waste with no tension, no moral, and no long-term value to the Star Wars universe. The Kessel Run scene makes for a great amusement park ride, not the final climatic scene in a movie. This is the ideal movie to watch when you are sick and bored off your ass.

I liked it when I first saw this movie. Then I watched it again, and really started to hate it when compared with A New Hope. It is basically a remake, and it borders on stupid and preposterous with some blatant plot glitches.

Perhaps most importantly, I found myself not caring about Finn, Poe or Rey. The biggest saving grace is Harrison Ford’s performance.

BTW, I feel like this bad remake thread is a general J.J. Abrams issue that really surfaced itself in Star Trek 2, the remake where he basically ruined Khan, forever etching Ricardo Montelbain’s original performance as epic, and putting a blemish on Benedict Cumberbatch’s career.

8) The Rise of Skywalker (Episode VIII)

This J.J. Abrams movie had me wishing for more exposition and slower pacing.  The cinematography was great, though Palpatine as the miraculously alive baddy who shoots world rending force lightning out of his fingers was too much for me.  But I did like Palpatine as Rey’s grandfather as it tied up some loose ends well.  Really, the whole thing is a mixed bag.

My next major nitpick was that the final battle scene reminded me of The Matrix: Revolutions. That is not a good comparison, and given J.J. Abrams’ propensity to borrow elements from other movies, it is probably not a coincidence. Leia’s ending here was worthless, but it’s fair to say Carrie Fisher’s untimely death put Abrams in a bind on this detail.  Further, the Return of the Jedi loose retelling was meh.

Still the Rey/Ren storyline was good, and I did like seeing the new three amigos together for an adventure. In the end, I’d be much more interested in seeing this again than The Force Awakens just from a Star Wars lore and a world-building cinematography perspective.

7) The Phantom Menace (Episode I)

I know everyone hates this movie, in large part because of the Jar Jar Binks character. Still I loved it, and have seen it numerous times in the theatre and at home. Call this one my guilty pleasure.

The world-building scenes on Naboo were amazing. They were so colorful and filled with dynamic creatures and beauty. Only Avatar has rivals this movie’s world-building scope. The action sequences and lightsaber battles were very good, too. Further, the Liam Neeson/Qui-Gon Jinn and Ewan McGregor/ acting jobs were better than others.

Still, the fact that this movie ranks above both J.J. Abrams movies should tell you how I feel about his work and Disney’s overall takeover of the franchise.

6) Return of the Jedi (Episode VI)

In which George Lucas got too cute for his own good with his over the top Ewok toys. There’s not much to say about this other than dark side loses in the end. Palpatine is at his almost baddie best in this movie and adds a new level of wickedness to the original trilogy.

Like most of the critical reviews, I find the middle act to be pretty worthless, but overall the strong relationships of the core characters carry this movie. More than anything, the saga could have and probably should have ended here.

5) Revenge of the Sith (Episode III)

Now this movie is the only truly worthy prequel from George Lucas’ second trilogy. I almost ranked this higher than A New Hope and The Last Jedi, but just couldn’t do it. The acting still suffers from some wooden storytelling.

BUT, the rest is fantastic. Palpatine is incredible, and the lava world closing fight scene just breaks your heart. Revenge features fantastic world-building with incredible epic scenes, and a truly tragic ending to this tale.

Revenge of the Sith could easily serve as a parable for today’s political environment and has merits on many levels. Really, if the prequel trilogy is all about Anakin’s fall, then you only need to watch this episode.

I really do believe Disney set out to make the best Star Wars movie it could here, and they succeeded.  The battle scene between Kylo Ren and Uncle Luke is just so damn good. It’s the ultimate Get Off My Lawn scene to every space opera pretender out there. Unfricking believable.

This movie broke convention and made you rethink what matters. It blurred the lines of good versus evil, and showed us how every person may be capable of both depending on your perspective. It showed you some hopes have no good ending.

The Last Jedi has lessons for Disney. This is what happens when you let real talent direct a primary movie in your new saga. Some fans hated it, but maybe that’s OK. It’s better to make a good movie, and the box office earnings for this movie versus Rise of Skywalker should demonstrate that.

I loved it.  Except for that scene where Leia gets blown out of the ship into a space vacuum and lives. No, just no.

It began here and should always come back to this movie. What a fantastic B-Movie. Nothing will ever replace the amazing trash compactor scene or the sarcasm on Leia’s face when Luke and Han Solo rescue her.

Of all the films, this one suffers the most from time, probably because its production budget was so low. Still it has one of the best scripts, and George Lucas was still quite innovative. The final scene when Luke blows up the Death Star is the ultimate conclusion to an underdog’s tale and should leave every person’s heart filled with joy.

Felicity Jones should have been Rey. Just saying, she gave the tough female heroine an air of believability and interest that Daisy Ridley just hasn’t delivered. The story of a daughter and her father and the battle of good versus evil is also present in this story, and its compelling, nuanced, and heart-rending.

The closing act is tense and dynamic and delivers a great post-apocalyptic grungy feeling. Finally, the death scene at the end is courageous and at the same time hopeless in many ways. This is a movie about the ultimate sacrifice and principle. It matters, at least in the battle of good versus evil.

1) The Empire Strikes Back

Sometimes bigger is not better and The Empire Strikes Back proves it. There are no epic battle stations, no massive world-ending battles, nor is there a huge battle scene at the end. But there is great character development, fantastic tension, and nuances that simpler “Good versus Evil” Star Wars movies fail to grasp.

The filming is great, the acting is at its best in the six Lucas films. The world-building is still interesting at this smaller scale, but Empire is a movie of tight shots, adrenaline-filled action sequences laced with tension and fear, and storytelling at its best.

“Luke, I am Your Father,” turned the battle of Good versus Evil into a family matter, and forever tied the Star Wars universe to the world’s heart.  The lightsaber battle between Luke and Darth Vade was so tense. At its end, we are left wondering how is it possible that most evil forces in the world can produce some of the most beautiful things? Because the world is not black and white, rather filled with decisions that create both outcomes.

And so is the mixed bag of movies that carry the Star Wars brand. Which ones are your favorites?

P.S. You may also like How Disney revved up the Star Wars marketing engine.