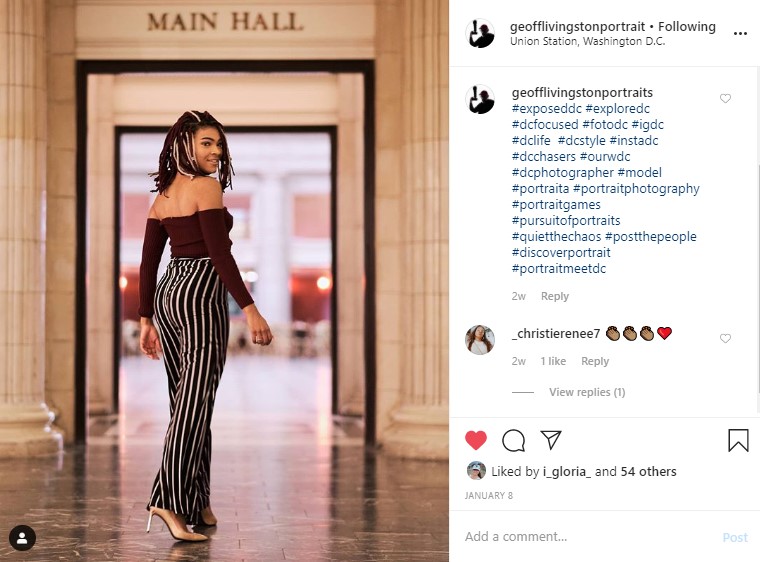 This post performed well on Instagram, triggering the algorithm. Of course, saturation was boosted and it featured a national monument during sunrise, a clichéd DC post if there ever was one.

The Instagram algorithm dictates a uniform pop experience. This creates a situation where most content is not viewed by a majority of an account’s followers, creating a need for advertising. However, the social network’s increasing experimentation and movement towards the removal of likes may be an answer for affected content creators.

But first, let’s define the problem.

Instead of the technically good and the contextually relevant (e.g. your friend went to a concert last night and took a pic of the band), Instagram sources images that have the highest probability of likes.  High probability for liked content mixed with boosted posts keeps people engaged. And this creates demand for parent company Facebook to sell ads to businesses, influencers, and artists, respectively.

From an aesthetic perspective, what may be an interesting new photo or artwork from a technical or social standpoint gets buried, perhaps never seen by anyone. A follower likely will never see the work.

Faced by the algorithm, visual artists and photographers have three choices:

Welcome to the world of pop social photography and art.

Why No Likes May Be the Answer

A post that really stunk from a performance perspective. I posted it because I feel photojournalism is important right now.

I don’t like what Instagram’s algorithm has done to my stream. Everything is oversaturated, over photoshopped, or sexualized. I miss seeing works from people I like, forcing me to manually search for them.

Worse is the social conditioning in play, something so powerful that you occasionally read about someone dying trying to take an epic selfie.

The Instagram algorithm’s impact is obvious, but removing likes may negate the social pressures created by it.

No visible likes create a different situation. Someone feels less pressure to post images that break the norm and get just a few nonvisible likes. They may feel less inhibited about posting their creative and authentic works. More innovation occurs, fresher content may be posted, and the homogenous stream will evolve with more diversity.

More  Probable Impacts from No Likes

The IG algorithm became so limiting, I ended up creating a second portrait account just so my portrait work would get seen.

From a social conditioning standpoint, posting what you want becomes a higher priority. People may just post to share something they found interesting, God forbid.

For the photographer or visual artist, Instagram becomes more of a portfolio showing the works the artist likes, rather than the artist serving the algorithm-driven crowd what they want.

The loser in this scenario is the Instagram influencer, but were they really influential, or just good at marketing themselves to an algorithm?

Influence is contextual, too, and likes do not necessarily translate to authentic lift.  Most people who are not completely wired to their digital avatars don’t care about fake influencers touting the latest brand-driven swag.

It’s a choice. Do we want less social media-driven peer pressure to be liked? Or do we prefer a world of public social media influencers that delegate determining “coolness?” Influencers will always exist to some extent, but stripping their likes certainly takes away their proverbial Klout.

I prefer no likes.

Algorithms Are the Bane of Social Media 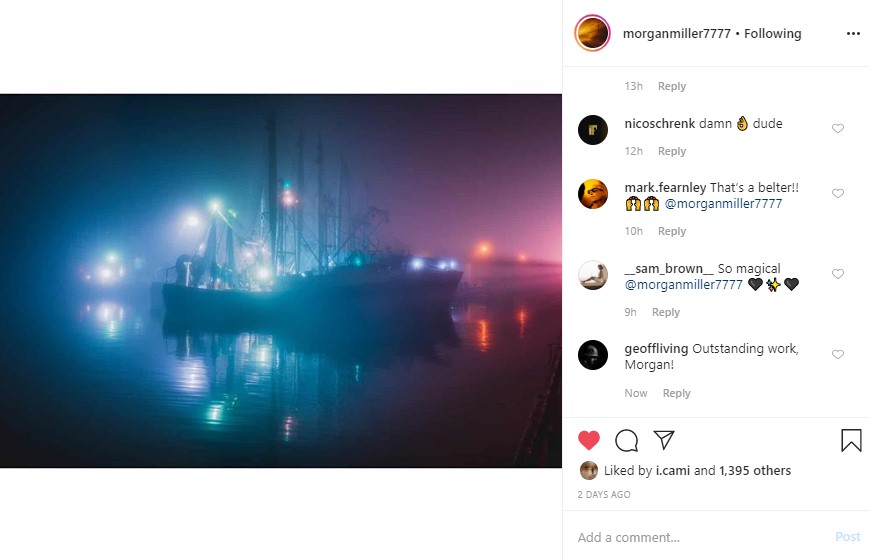 I love Morgan Miller’s work, but the Instagram algorithm never sources it to me anymore. I have to manually search for Morgan’s works.

Algorithms, in general, ruin social networks and online communities because they source the popular rather than quality. They put bots between people, and kill contextual ties in favor of the popular. Social network algorithms confuse authenticity and popularity.

In fact, by sourcing the loudest rather than the best content or contextually relevant to your circle of friends, social networks create pseudo realities of what’s important. That’s dangerous.

However you feel about the President, it’s hard to deny the incredibly powerful impact these algorithms have had on the national leadership.  Grandstanding posts and PR posturing have risen to unthought-of levels on all sides. The mainstream media caters to the sensational now, creating content that can be seen in these combative overhyped realities. 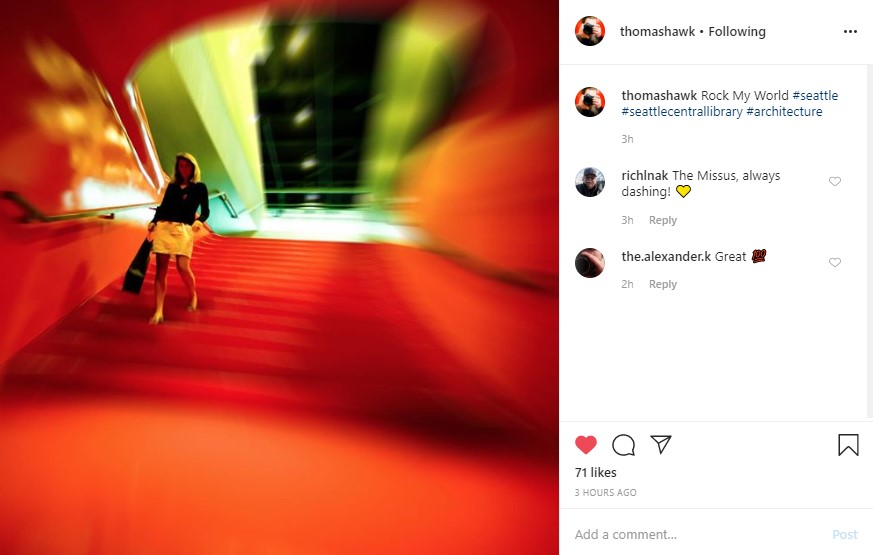 I love Thomas Hawk’s work. Unfortunately, thanks to Instagram I usually have to go to Flickr to see it,

The genie is out of the bottle now. Digital is inherently algorithmic, and going back to straight subscribe only streams.

It’s not that all algorithms are bad. Sophisticated algorithms from Pandora and Google’s new search algorithm (see news about the BERT update) intentionally seek out quality content rather than just the popular. In fact, some less popular songs and web pages become popular as a result of these algorithms scouring for contextual quality.

With no-visible likes, comments become the true visible measure of engagement. Of course, real brands can still purchase tools that scour Instagram’s API for well-liked engaged influencers. Those who choose not to pay for lift or influence will have less pressure on them to deliver anything but what they want to.

Hell, more diverse and authentic content will get posted as a result. More innovative creative works will get published, too. It’s easier to have the audacity to be different when your content doesn’t have a quantified public goodness measure stamped on it.

Nevertheless, the algorithm will only source what it determines is good. Based on what I see, that creates a stream of clichés.