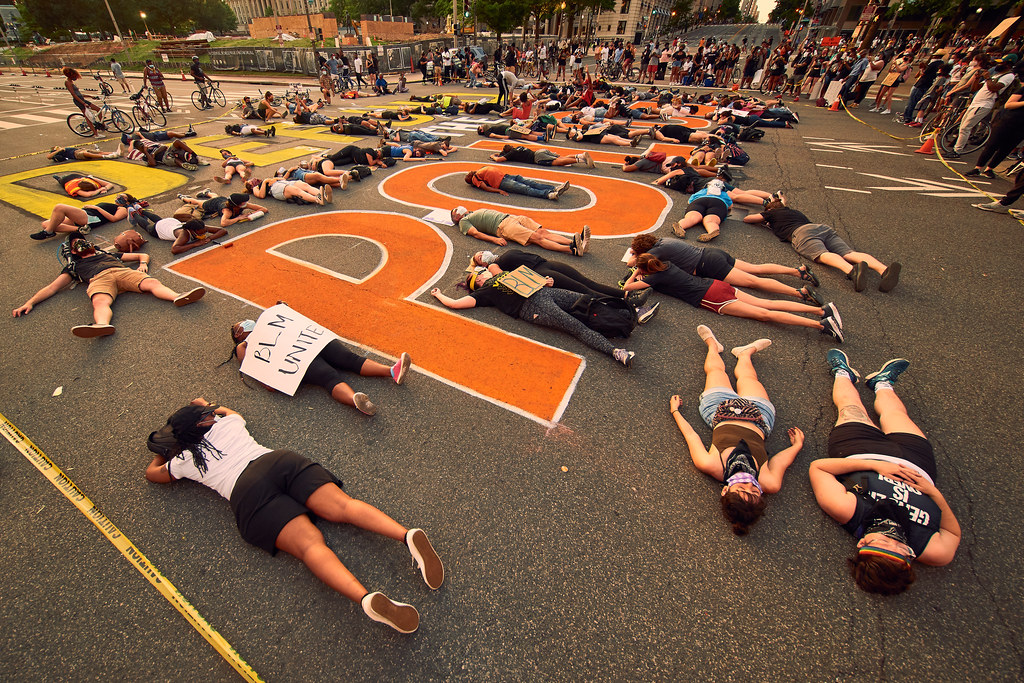 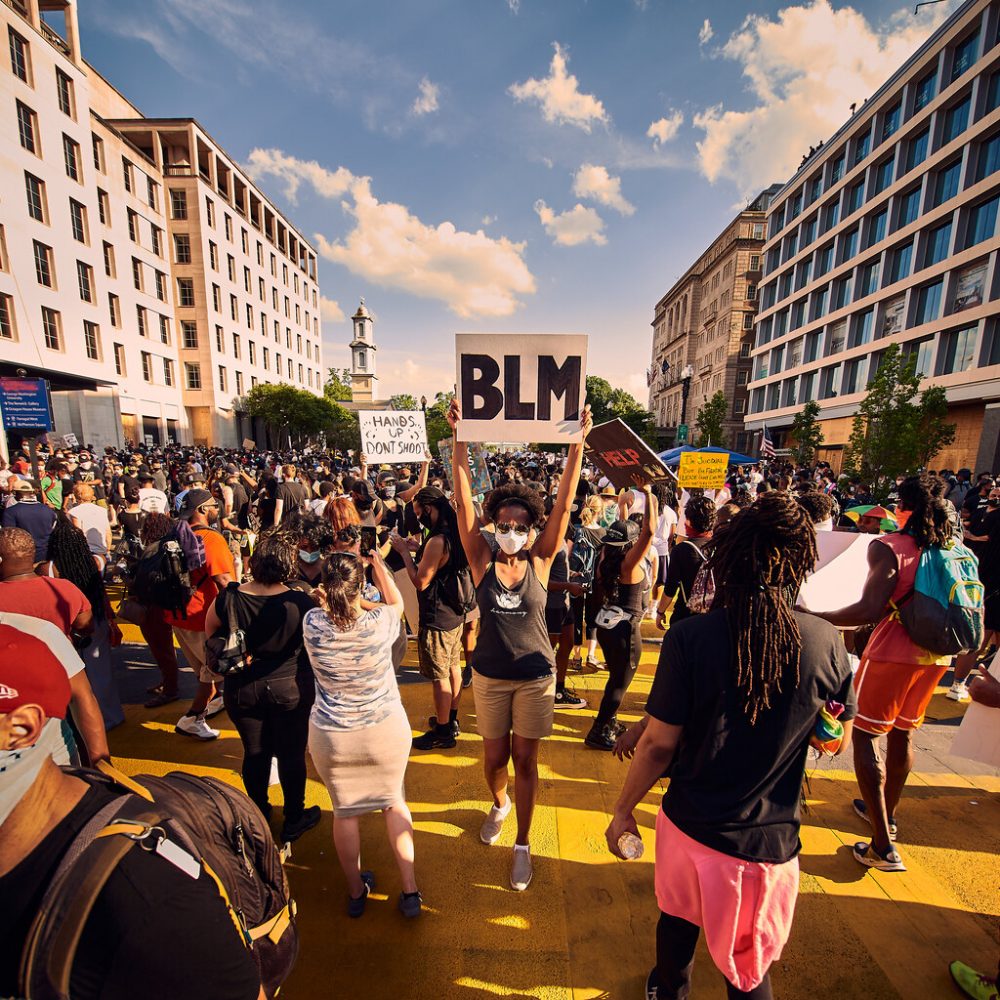 I have photographed social protests since the 2016 election, posting them on Facebook and on Flickr. The latter Flickr posts are published with a Attribution-NonCommercial-NoDerivs 2.0 Generic Creative Commons license.

Protests discuss social issues. Photos as a part of contributing to the kinetic energy necessary to affect change. I photograph when I can given my personal obligations, and when I find the issue important.

Publishing in these media (and Instagram to some extent) provides conversation points. With the noncommercial, nonderivative license people can download them so long as they aren’t making money from them or altering the images.

Why publish these photos in a downloadable format?

Making my protest photos downloadable allows individuals and nonprofit organizations to continue that conversation on their own terms, online or privately. In essence, the images serve as storytelling components for other storytellers. The photos represent a visual contribution to someone else’s conversation. 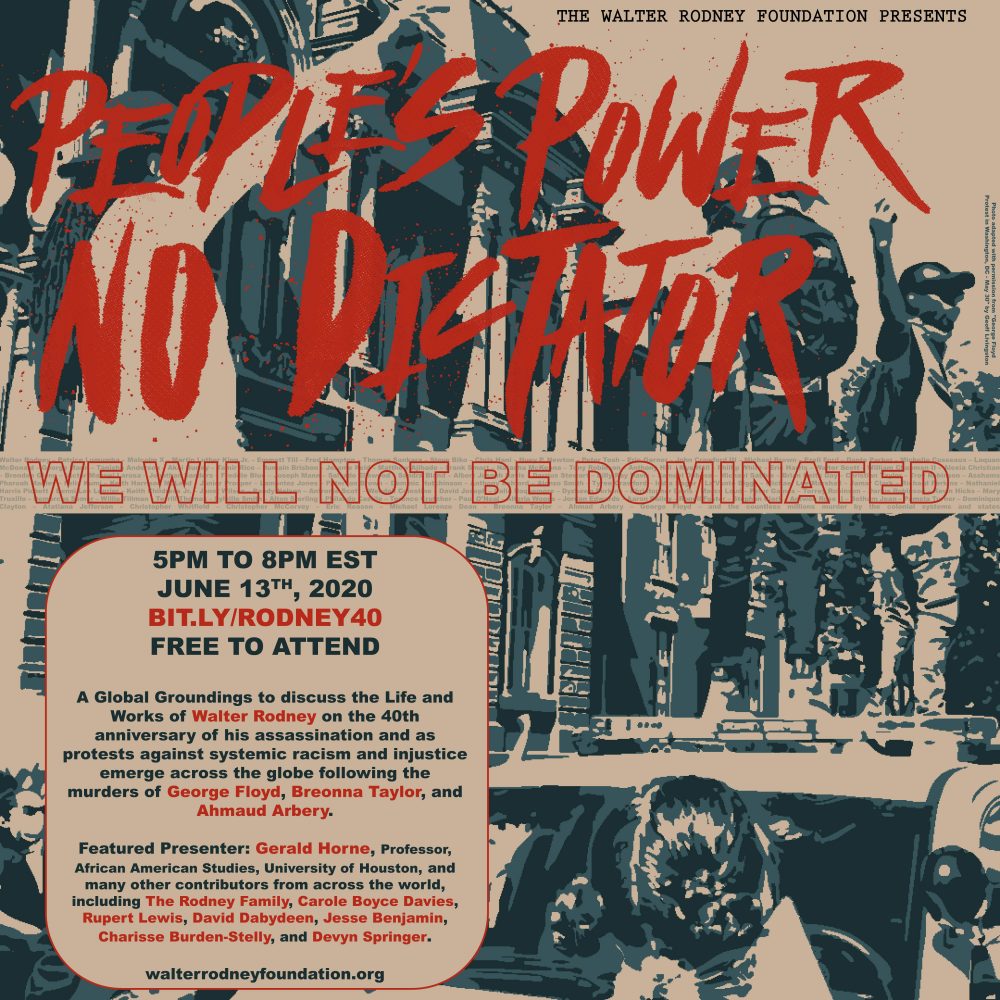 The above Walter Rodney Foundation conference poster was made from the below Black Lives Matter protest photo taken on May 30. The Foundation asked for permission to make a derivative of the work, which I agreed to since it meets my aspiration of further conversations. 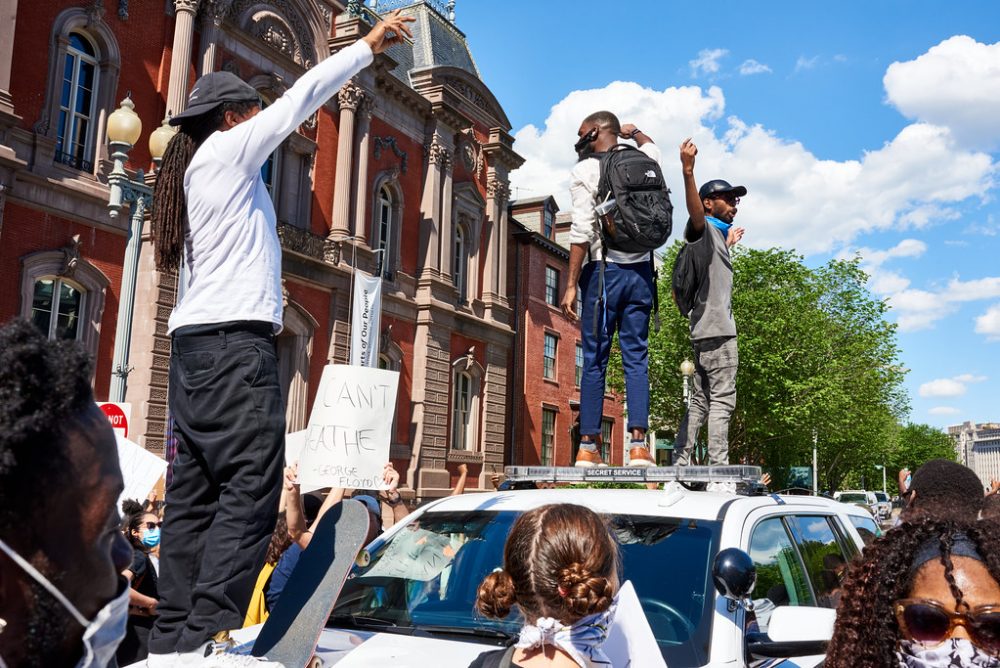 Some groups use the images with voices that I don’t agree with, but individuals or nonprofits cannot be pursued. Those are the conditions of the license. The First Amendment still applies. 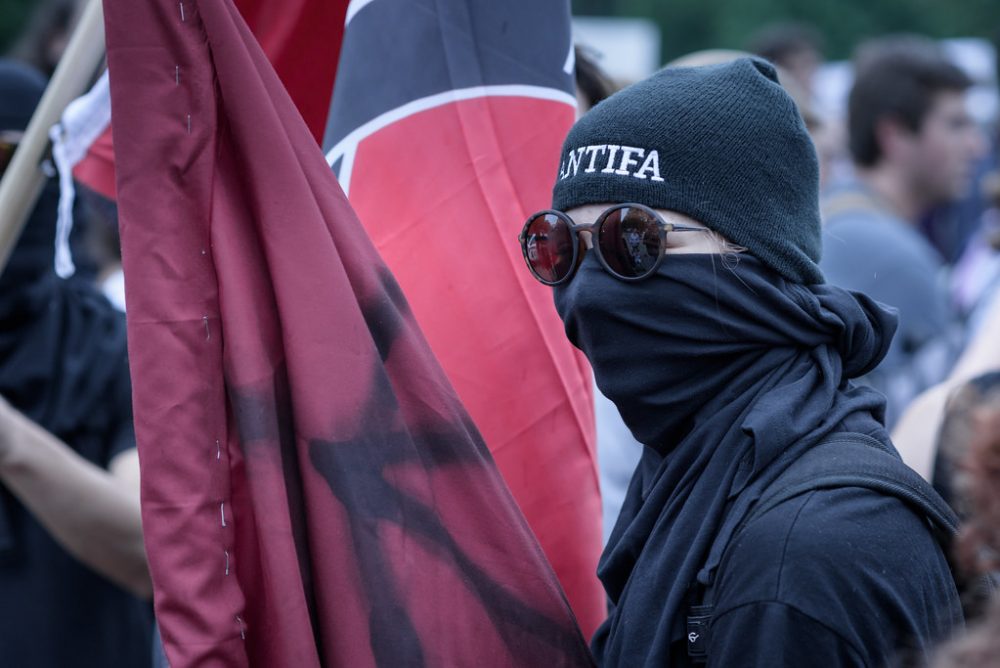 When the Media Uses My Protest Images

Media outlets often use or ask to use these images. After all, major social issues are often newsworthy and are discussed. 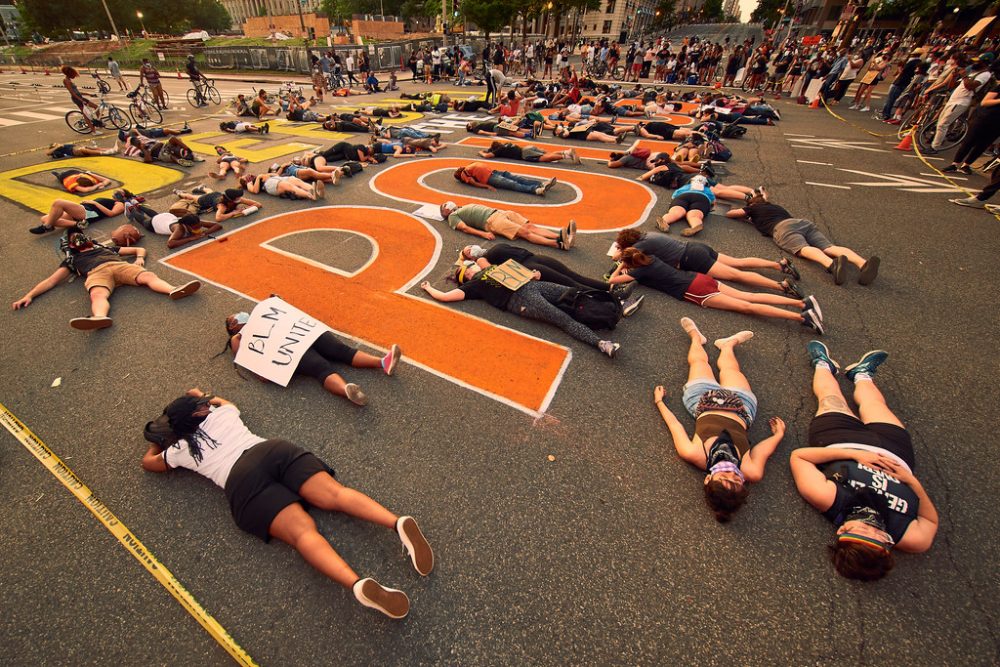 Sometimes those nonprofits are media organizations like WAMU/DCist in DC. When they use an image like the above Black Lives Protest image in this story , I am all for it. It meets the spirit of the license.

However, larger for-profit media outlets are not welcome to use it. These outlets can afford photography from Getty or AP, but often choose to have chosen to go on the cheap and take advantage of social media content rather than hire a photographer or license photos. This is when I ask them to take down the photo or license the image.

Yesterday I successfully collected a $300 fee from Breitbart News for illegal use of the above Black Lives Matters protest photo. I promptly donated the fee to the cause. The photo was downloaded off of Flickr, where I publish protest photos.

In this case because the Breitbart article was clear click bait with advertising sold on it, it violated the non-commercial terms of the license.

In the case of Breitbart, I pursued with vigilance because of their very negative point of view. Holding them accountable wherever possible is the right thing to do.

I make exceptions, but want to ensure the images make a positive impact. For example, a friend at WUSA-9 asked for some my recent Black Lives Matters photos. The medium was friendly and generally unbiased, so I granted a license to use the images.

About those Negative Comments 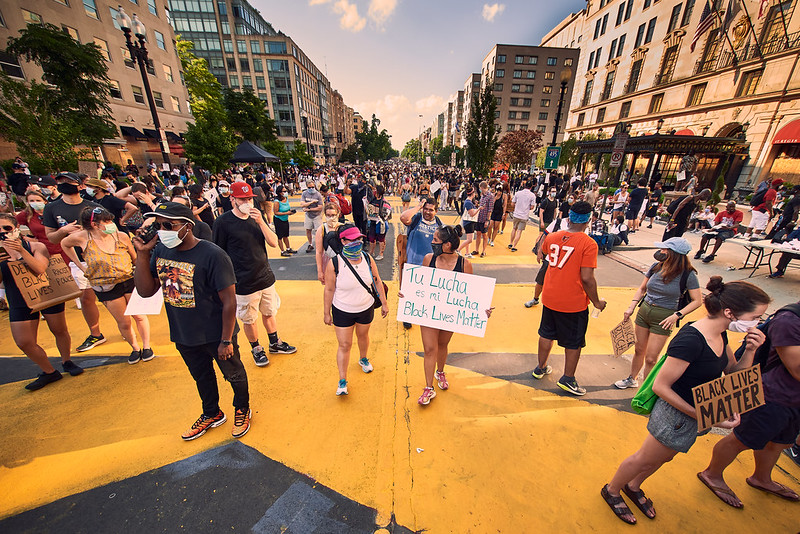 We live in a digital world filled with trolls, some paid, and negative bots. When someone spouts hate or supports an anti-civil rights point of view in the comments, I delete and/or block them.

Some view this as censorship. I disagree. Many voice their opinions on the very same media forms with their own accounts.

Given how these voices have harmed so many people over the past five years, I refuse to tolerate them on my feeds. They are complicit in hate.

These photos are intended for change. 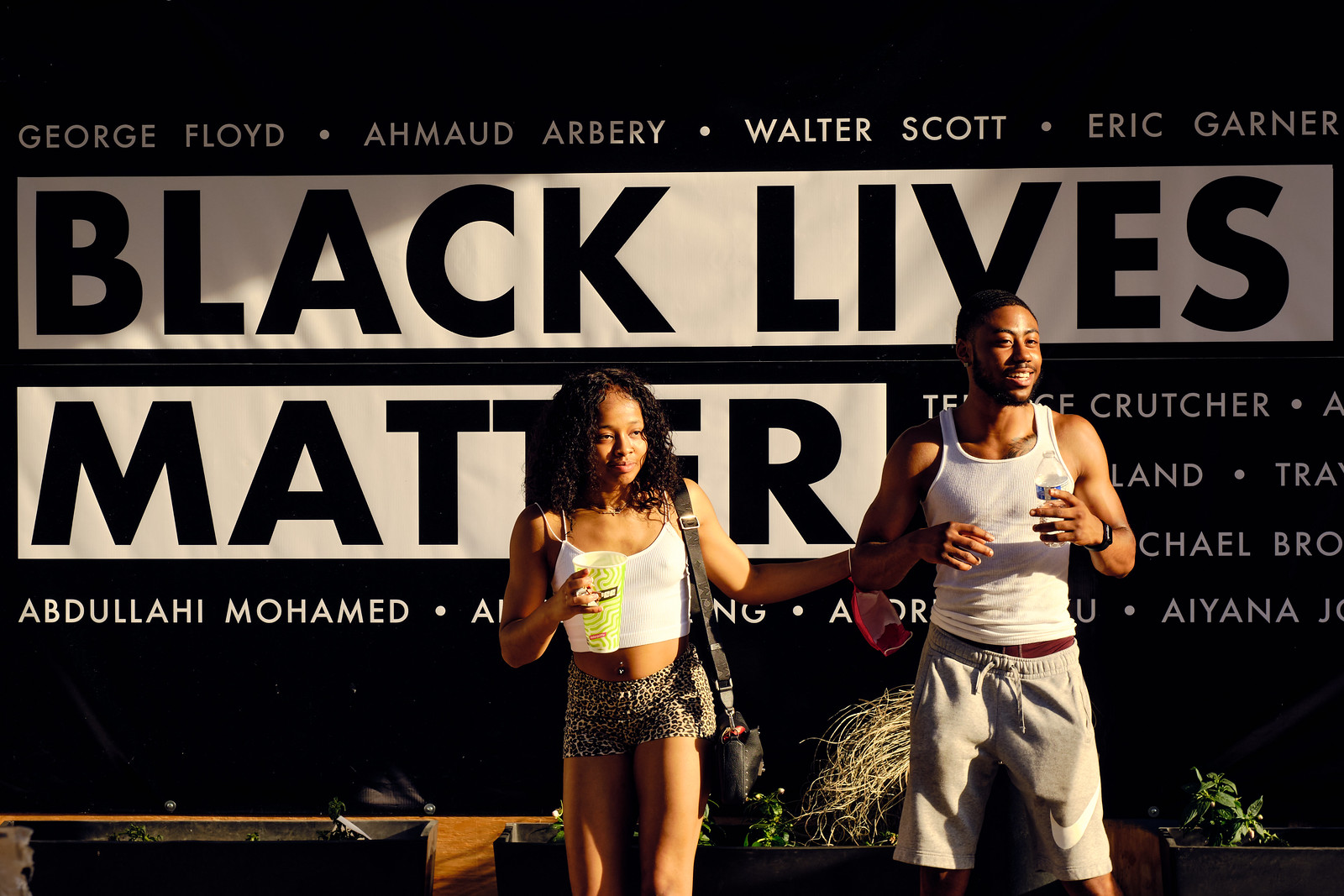 See all of my Black Lives Matters photos here. In addition, I will release a podcast featuring protest photos from the past four years next week.