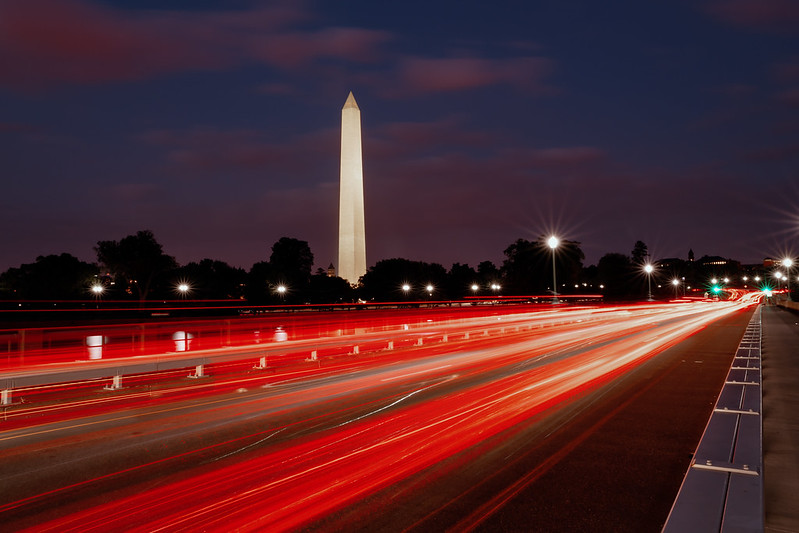 I recently gave a TEDx Atlanta Talk — Monumental Renewal — that discussed finding spiritual balance behind the lens in DC during the pandemic. It begins with how I became a shutterbug without any professional training, and then how photography has become part of my creative means to find balance.

During the pandemic, I leaned heavily on photography to stay sane. I photographed epic scenes in Washington, DC throughout 2020, and used feedback from you my social community to fuel me.

Get ready for a spiritual journey of seeing beauty during tough times… Behind the lens. Every single one of us can do this! Check out the video above, or you can read the script with some of the photos (missing several intro section images).

My Written Script for Monumental Renewal

I love sharing images of places and things with friends on social media. Photography has become part of my daily routine, a way to restore my spirit.

Before talking about how my photography changed during the pandemic, I should tell you I am not a professionally trained photographer. My photography was accidental… I fell into it when I couldn’t find the right images to use with my blogs.

But photography became more than that.

It was a release from work and worries. It allowed me to return to the present. I was excited about photographing epic scenes.

I would wake up early or go shoot after work to capture these sights and visions. Then I expressed them — and the serenity I felt — through my lens.

When I posted online, people often commented. Sometimes I even got requests to photograph a particular scene.This positive feedback encouraged me even more, a bit of gravy for my spiritual photowalks.

I began refining my approach, thinking of how to create scenes of awe and wonder for everyone. Then I started a weekly email newsletter with a photo of the week so people could actually use these photos.

Like everything else, my photography transformed during the pandemic. Isolation for a guy like me is not a good thing.

A couple of months into the quarantine it became clear going outside with a mask was safe. And I was stir crazy and tired of photographing birds, so I began to venture out.

DC had changed. Crowded monuments were abandoned and the empty streets felt weird.

Shooting photos became an incredible release from quarantine with fresh air and open spaces. I began capturing images of what could be when we returned to the world.

This was the first photo I took outside of my neighborhood during the pandemic. I went super early in the morning figuring no one would be at the Lincoln at 6 a.m.

Living in the capital city, the people here care a lot about the country no matter which side we are on. I love Washington, DC too. I have lived here for 30 years.  So I felt a desperate need to capture iconic scenes of freedom, things that now felt tarnished.

This photo of the Washington Monument in the Reflecting Pool stirred up so many emotions in me, that I had to share it. I asked my community to tell me what it should be called in a caption contest. I received more than a 100 responses.

By the way in case you were wondering, the winner was “Point of No Return.”

Then civil unrest gripped the nation. After photo journaling a day of BlackLivesMatter protests, I could not sleep. The sadness of it all wore on me. Seeing DC, seeing our country so torn up by racial inequality really upset me. So rather than lay sleepless, I got in my car and drove to nearby Shenandoah National Park.

I photographed the Milky Way and in this frame a doe walked into the picture.It just amazed me. It was as if the universe aligned to remind me of the great beauty still available if I would just seek it out.

I posted it the next night, on the eve of my 48th birthday. My caption was “It’s My Birthday, and I’ll Doe What I Want To.”

I‘ll admit it, I was feeling robbed of my life and the joy in it, and I thought others probably felt the same way. In my caption I also said, “Hopefully this will give someone a smile tonight in spite of everything.”

I started going to places that I hadn’t been yet, of course with a mask on. For example, I had always wanted to see Graffiti Alley in Baltimore. And I knew a lot of people had heard about it, but had never visited it in person. So it seemed like it would be a good shot. One Saturday I drove up there with my daughter Soleil.

This is one of the many pictures I took that day. Soleil is in it to show how big and complex the alley is.

A lot of people in my community talked about missing vacations last summer. So on one occasion, I finished work and drove to Assateague Island at the southern tip of the DelMarVa peninsula. It was a three-hour drive, but I had heard there was a fantastic lighthouse down there, and I got a thing for lighthouses. Definitely one of my favorite subjects.

Plus since most people were not visiting the seashore like they normally would, it would be welcome shot

I drove into the park right before it closed and captured this image. You can even see the Milky Way in the upper right corner.

When the weather cooled off and autumn took hold my travels became less wide-ranging. The virus surged and political tension filled the city. People stopped going out beyond their neighborhoods again, and everyone was talking online about missing autumn vistas.

DC is filled with parks in addition to the monuments, and fall colors make these sights even more enjoyable. I decided to see if I could capture that fall goodness.

This is Rock Creek Park, a well known DC refuge. “The old stone bridge” surrounded by autumn glory seemed to rally a lot of folks. It helped me feel a sense of normalcy, too.

During the worst of 2020, the Eisenhower Memorial opened up in DC, the first major monument to open in 16 years. But it got lost in the crises.

A good friend posted on my Facebook wall and specifically asked me to photograph it. It seemed like a simple thing to do, so after work one day I went and took the photo.

This was 6 p.m…. Rush hour. As you can see it was a strange period in DC with almost empty streets thanks to the pandemic and political crisis.

Winter brings shorter days, and cold harsh weather. People were inside and COVID crazy. All of us were talking online about wanting the pandemic to end. Still, I ventured out, because shorter days make for more convenient times to capture sunrises and sunsets.

The lesser known metallic Air Force Memorial provides an incredible mirror for the fiery colors of the sunset. Jets flying in formation are portrayed by the three columns, and because of their colors here I labeled the shot, “Fired up!”

To this day photography restores my faith in this world, and I still share it with others. I wonder what joys are waiting for us in a post pandemic reality?

In a smartphone world, everyone of us can share those joys wherever we are.

I hope that you and your friends experience good times and beautiful moments as we move into our new post-COVID reality.  Thank you.

Special thanks to TEDx Atlanta Host Jacqui Chew for coaching me through my speech, from concept to completion. You can learn more about TEDx Atlanta here.