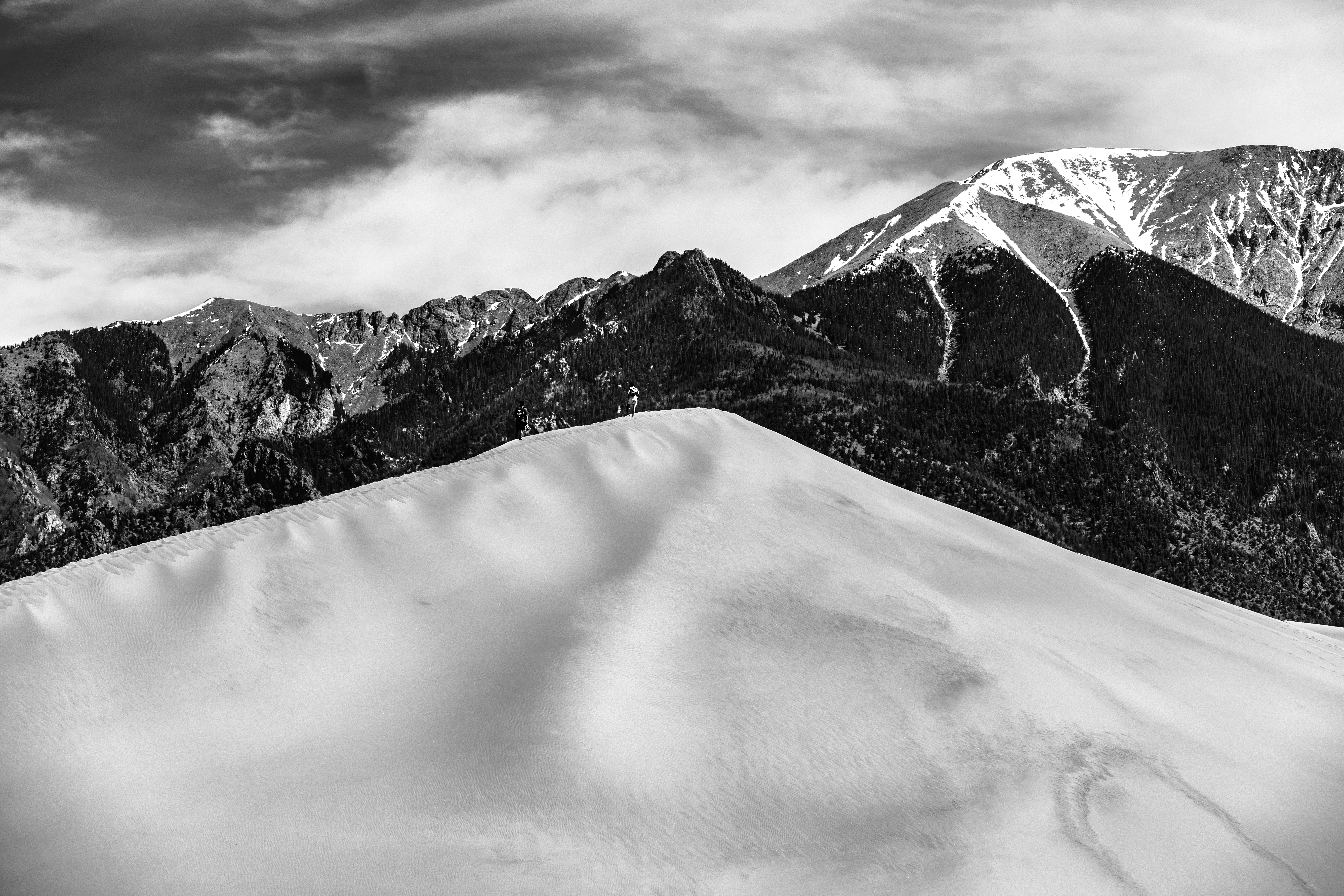 Last May, my sister and I visited Great Sand Dunes National Park. This national park has been on my bucket list for some time.

It’s an epic scene with incredible Rocky Mountain ranges ringing the San Luis Valley.  In the above shot, you can see the sand dunes ever so faintly on the left side. As you get closer you see the sandhills rolling up to the Sangre de Cristo mountain range.

It’s been a long-term goal of mine to climb the sound dunes and get some sick isolation shots of people walking through the park. While I was not able to climb the dunes during the optimal golden hours when the shadows add great contrast and volume, I was still able to see some beautiful scenes.

Editing in Black and White

I decided to edit most of the dunes shots in black and white to better illustrate the sand dunes. The black and white scenery shows the incredible contrasts of these almost thousand-foot-high sand dunes. It was probably my most trying hike since I climbed the bottom slopes of Kilimanjaro in a 36-hour rainstorm.

We had a guide, Kaiyote Tours (Kaiyote is the woman with the long veil/cape in these images). It was my second trip with Kaiyote (the first being my trip to Olympic National Park).

Thanks to Kaiyote were able to see not only the National Park but also the local preserves. The local area is stark and amazing in its own right, including the Great Sand Dunes preserve right by the National Park. We photographed some of the local birds and even found an abandoned train yard with some crazy old rail cars.

I did manage to capture a very nice sunset at the park on our last night. I included the stream at the base of the dunes in my composition to add a little foreground and context!

Once I got into the stream, I just knew I had to take the photograph as a long exposure. I think the result turned out well.

All in all, I think Great Sand Dunes is one of those ideal weekend get-aways. I definitely would go back for more photo adventures in the dunes. Cheers!