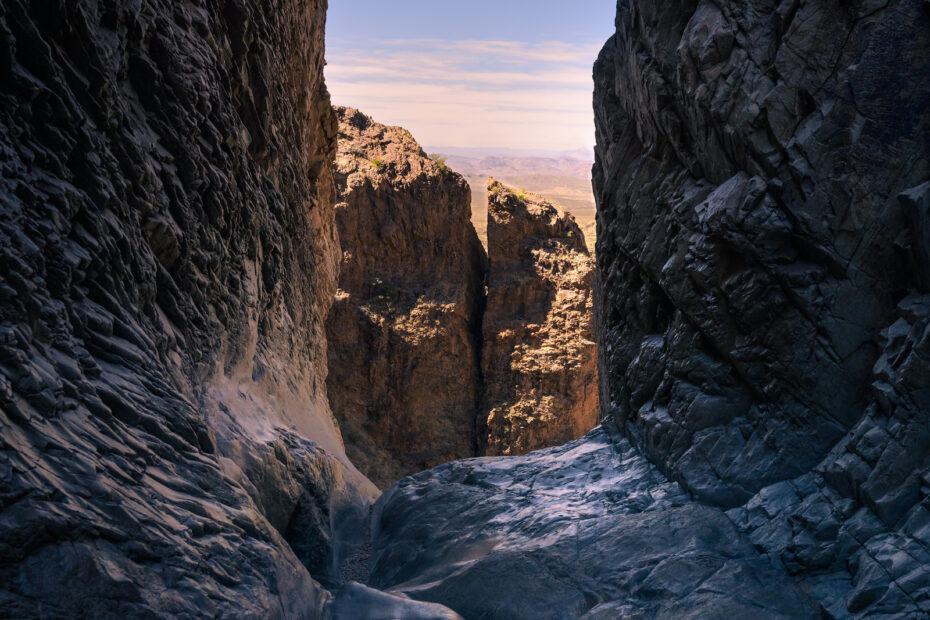 Having worked for myself for so long, I have forgotten what it means to take your vacation days. I took a couple of use it or lose it 2021 vacation days off at the end of last month, and visited Big Bend National Park.

It was quite a surreal national park, a rugged desert featuring a different landscape than the more often photographed Arizona and Utah deserts.

Part of a different desert ecosystem – the Chihuahua Desert – Big Bend has unique geological features that resemble both Appalachia and the Rocky Mountain systems, seafloor fossils in its walls, and of course the Rio Grande River, including the famous Saint Elena Canyon.

In addition to its geology, the park and its local environs are known for its Dark Sky designation, making it one of the darkest places for star watching in the United States. While the quarter moon and bad weather did not equate to optimal Milky Way photography, I did catch a couple of lovely night shots.

In all, I spent three days in Big Bend proper, though I felt it was a bit rushed. My two favorite parts of the park were the Ross Maxwell Scenic Drive and the Chisos Basin regions. However, if I had a true 4×4 I would have been able to see much more. Perhaps another time.

The remainder of the newsletter will focus on those theatres, and then some other shots from the park and the region. Some of these shots were taken in infrared. The desert landscape seemed uniquely suited for this type of photography.

Ross Maxwell Drive weaves through the western portion of Big Bend National Park, ending at Saint Elena Canyon, perhaps the most visited part of the park. It weaves around Tule Mountain, which is featured in the above image.

The western part of the park offers a classic desolate desert landscape with big jutting mountains capturing the heart. There are a couple of pullouts to see old abandoned ranches and just gorgeous landscapes like Sotol Vista.

The Castolon Visitor Center is pretty disappointing as are the other ones across the park. If you are in Big Bend, this is a National Park truly about the landscape. There are no magnificent lodges or fine meals to be had.

Saint Elena Canyon is in itself pretty impressive. It’s hard to photograph because of how steep and narrow it is, but nevertheless, it is worth the view.

Wow, this part of the park has two fantastic hikes, the Window, which is the featured image here in this section, and the Lost Mine Trail.

The Window Trail is pretty much open valley views, but there are portions where you walk through a stream bed (such as the cut-out stairs above), and that can be pretty dramatic. You find yourself praying it doesn’t rain!!!

Perhaps the most scenic is the Lost Mine Trail as it runs along the heart of the Chisos Basin valley and offers some really dramatic views. This hike is a straight vertical climb, so don’t kid yourself, the moderate label is for real.

I really enjoyed the Lost Mine Trail, and it was my favorite part of the visit. I would encourage folks to take the time and hike it. However, there is not enough parking so aim for early morning or late afternoon windows.

Be careful taking selfies at the top of Lost Mine Peak (7550 feet). I saw a couple of people put themselves at risk to get that epic shot. The likes are just not worth it, folks!

The Best of the Rest

There is a little wildlife preserve on the way down to Rio Grande Village called Dugout Wells that’s pretty cool with lots of birds hanging out.

Rio Grande Village also has a fair amount of wildlife, and of course, you can get down to the river here and see the Mexican border.

The Rio Grande was the least exciting portion of the trip for me. Something you have to see once, but it’s mostly for nostalgia. The river is really small, LOL!

Neighboring Terlingua has a ghost town, which is worth a visit for sure. The old abandoned brick structure from the early 20th century still lingers in the middle of newer structures that have since risen to meet the growing Big Bend tourist traffic.

And of course, on the drive down to Big Bend you can see all sorts of fun crazy, like the Prada Marfa installation and old abandoned wrecks.

I took some off-Interstate roads to capture this one.

I also caught a glimpse of he who shall not be named’s wall. Said wall shall not be photographed by me either.

All in all, it was a fun trip, and I highly recommend Big Bend National Park to those who enjoy a good landscape adventure! See you next month!