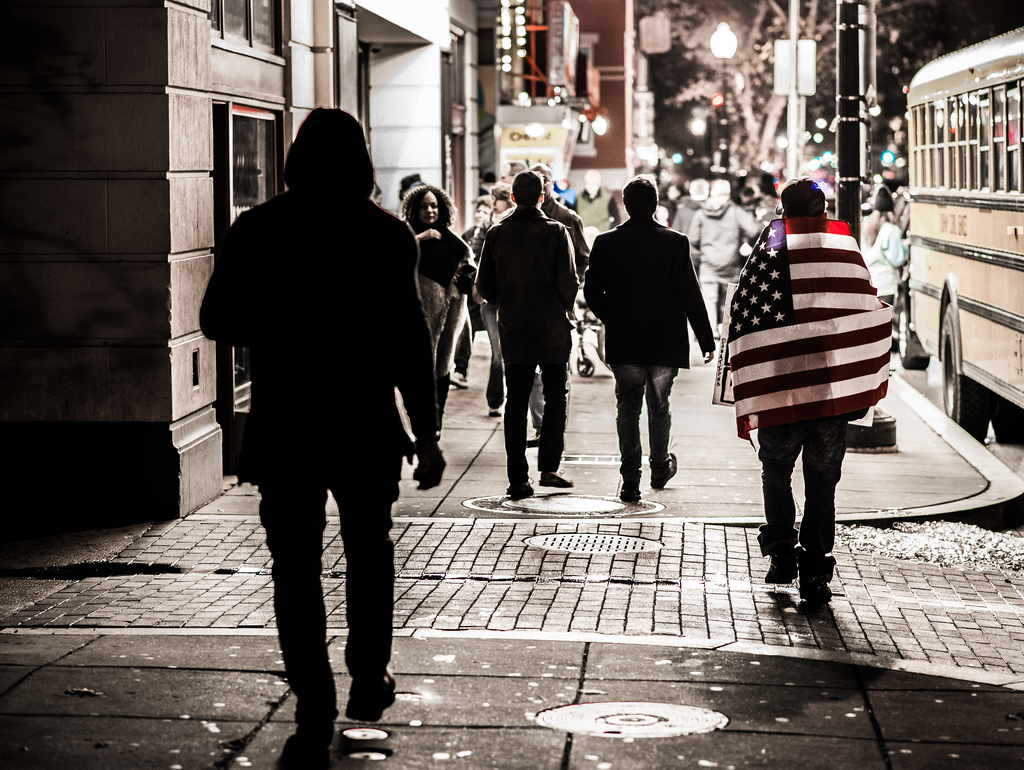 There is a running joke about clients demanding a Facebook strategy. But in reality, beyond demanding a strategy for a tool, their requests are not unreasonable. Facebook owns half of U.S. social network traffic, and one half of the U.S. population has an account on the social network. Using this tool within the context of a larger online effort usually makes sense.

Facebook has everything from video and pics to groups and questions. From a marketer’s perspective, perhaps the most attractive features are the robust activity stream and inbound Like functionality. But even if Facebook doesn’t have the function you need, a company or nonprofit can build a custom app for the social network. The only area where Facebook seems limited is mobile. In spite of 1/3 of its traffic coming on the mobile platform, Facebook loses a lot of its functionality on smaller screens and apps due to a text heavy interface.

With Facebook’s robust tool set, applying the four social media strategies outlined in Welcome to the Fifth Estate is relatively straight forward. It’s important to note that any Facebook initiative should fit within a larger holistic online effort and your overall business & communications strategy. Here’s a look at each strategic approach. 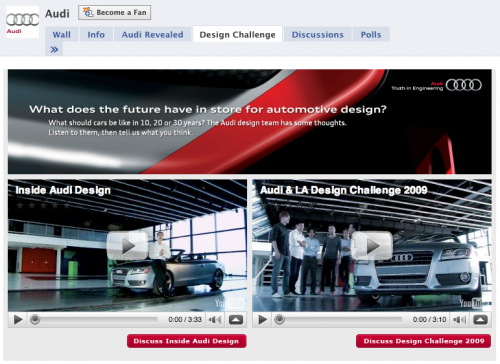 Always the bread and butter strategy, participation can keep an online effort alive and growing for months without any other effort at all. From a community management standpoint, participation is simple: Talk with other people on Facebook. This gets back to the timeless social media lesson that posting messages is not relational, and doesn’t help your nonprofit or company succeed. As Mitch Joel says, when organizations do this, they are trying to force an old marketing method into two-way channels.

Participation involves responding to user comments on a Facebook page, going out and talking to fans on their pages, and gasp, yes, participating in larger industry fora, including Groups and answering Questions. It means asking questions rather than posting statements, and genuinely listening. Encourage people to talk about the issues you share in common. When in doubt use the Pareto principle of 80/20, meaning, don’t talk about yourself or your organization 80% of the time.

Two examples of participation are Audi and LIVESTRONG (ugh, Lance). Audi uses its Facebook page on a level far exceeding its auto competition, even answering questions about common issues with its automobiles. LIVESTRONG’s use of Facebook to connect with cancer survivors and patients is astounding. User-generated conversation far outpaces LIVESTRONG discussion. Both pages have more than a million fans, in large part because user conversation is so highly valued.

Make no bones about it, fostering conversation has real marketing value for an organization. Beyond fostering stronger ties with fans, each interaction — either from you or them — is listed in the Facebook stream, and thus acts like a word of mouth referral to each users’ network. It is through such updates that an organization can be introduced to friends of fans, which have a higher likelihood of converting than an ad or another referral source. 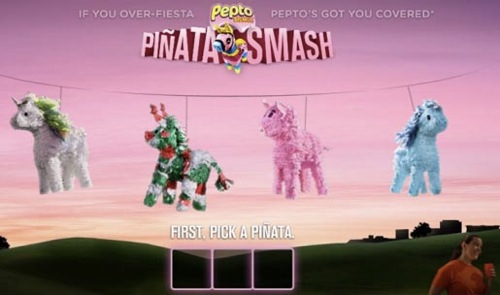 Much has been said about content creation. In fact, entire books have been written on the topic (see Beth Kanter’s review of Content Rules). There are so many ways to provide content within a Facebook community, from extremely popular photos (tag away) and videos to notes and applications. It’s almost impossible to exclude any type of content as a possible tactic, even feature rich games or coupons for Places check-ins.

There are a couple of nuances to content provision. Whatever you decide to do, make sure it actually serves stakeholders with either valuable information or entertainment. This means don’t post your press releases, rather post information people will find worthwhile. Listening and participation are precursors to success, generally.

Check out the Pepto Bismal Facebook page, and you will see an amusing series of posts, including content like the embedded Pinata video. These are fun general posts, but you can also get targeted with content and shared links. Recent Facebook changes allow you to target posts towards particular stakeholder groups.

This brings up the second nuance. Facebook automatically licenses your content when you publish it there. Further, when you only publish on Facebook, you are not bringing people back to your site for further engagement. This should lead to an important conclusion: When in doubt publish content off site, and use links, applications or embeds codes in iFrames to share the content. This creates a call to action for further engagement on your site, as well as the ability to develop stronger ties with stakeholders there. It also ensures copyright ownership for your full content. 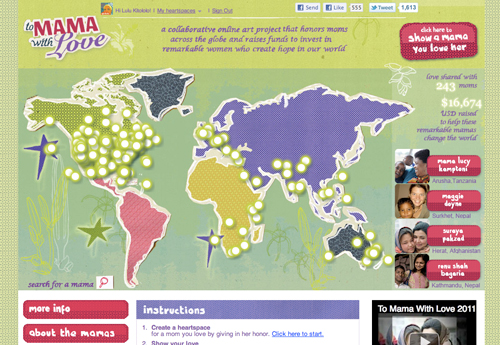 For many groups, Facebook success is not as easy as launching a post on their 1,000,000 person community page. They really need strong networks of influential people to carry the word for them, especially if they are at the beginning stages or have a weak participatory effort.

It becomes necessary to build relationships with influencers, people that the larger community trusts and responds to, from bloggers to active social network participants. As noted in participation, when they comment and add discussion to their stream about your topic of interest it becomes a powerful peer referral. Many organizations focus on big names, but these aren’t necessarily the most powerful within your stakeholder community. Research and find the magic middle, influencers who are accessible to the community yet are well referenced and hold weight.

Engage influencers on their terms. For example, if you wanted to engage and cultivate relationships with critical voices in the DC 2.0 community you should participate in the DC Tech group. It is worthwhile participating in conversations on critical voices’ Facebook walls. Finally, it may make sense to set up your own group of influential voices to strengthen relationships. Epic Change’s Stacey Monk did this to organize and activate the To Mama With Love effort. 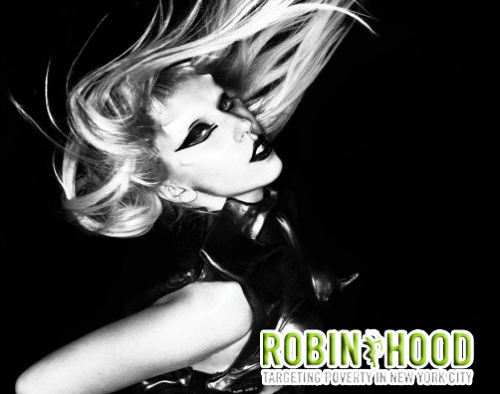 Empowering people can range from letting folks tell their own stories like American Express did with its Small Business Saturday Facebook application to crowdsourcing charitable contests like Lady Gaga’s recent Robin Hood contest for New York City homeless organizations. These were both high-end examples of empowerment, but it can be done with simple applications like Questions, or asking a question on your Facebook page.

People like contests, especially when they are win-win and don’t have much down side (unlike Pepsi Refresh losers). This is a great way to galvanize a community, too.

But be aware that empowerment and crowdsourcing take significant work. It is a prerequisite that you have a highly engaged community via participation otherwise you will launch an effort to deaf ears. More sophisticated efforts also tend to blend the content and influence strategies.

Further, it takes a lot of management resources to effectively run a crowdsourced effort, much more than you would think, and many of the results are lacking in quality. Do this with open eyes. The scale and results can be magnificent, but so can the pain.

This post and keynote presentation was given today at the PR News Facebook conference in New York City. It has also been added to the Fifth Estate Strategy wiki.

The Good, The Bad and The Ugly of Cause Marketing
View more presentations from Geoff Livingston.

The above presentation was delivered to the Cause Marketing Forum last Tuesday, February 15. It focused on lessons learned integrating social media into cause marketing campaigns, and how the influx of conversations requires a new level of authenticity from causes and nonprofits.

All of the campaigns featured were from 2010 or 2011 with the exception of one (Haagen Dazs). Here is a discussion of three of the campaigns, the Good, the Bad and the Ugly featured in the first half of the presentation. 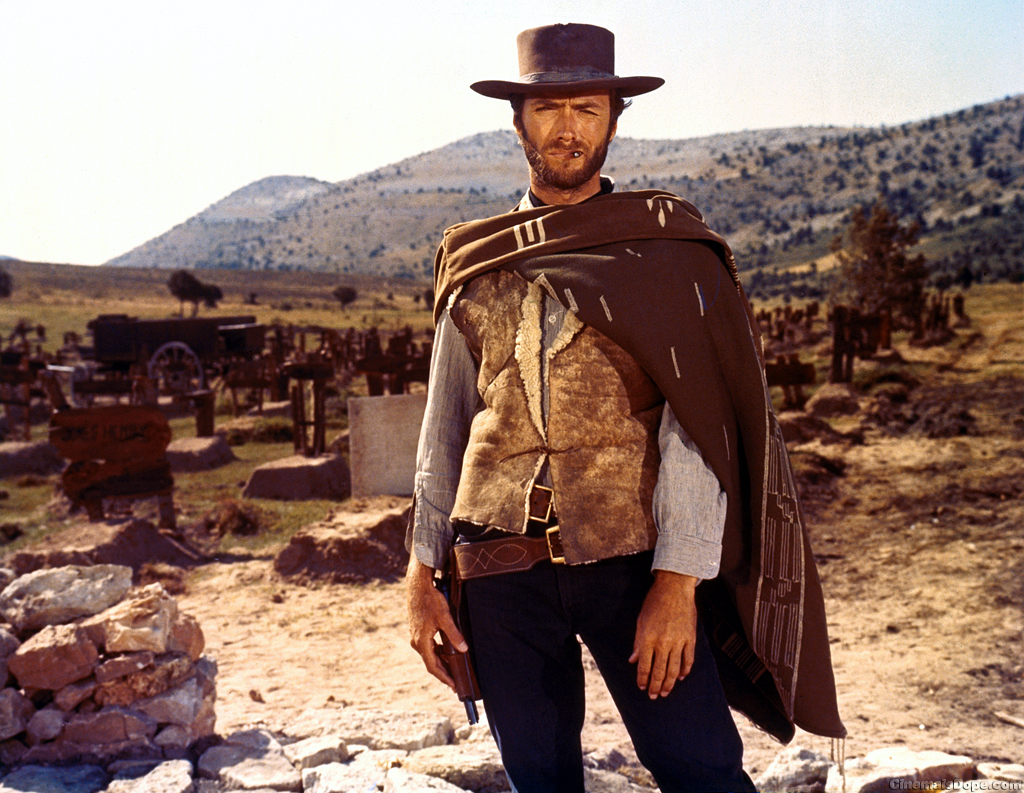 American Express launched its Small Business Saturday campaign to encourage Americans to purchase from small businesses the day after Black Friday. Primarily a Facebook effort, AMEX integrated the application with a media push that included a launch with New York City Mayor Michael Bloomberg, as well as a Twitter campaign.

For every Fan Page “Like” up to 500,000 (the page surpassed 1.4 million), AMEX gave a $1 donation to Girls, Inc. to foster female entrepreneurship. Small businesses were featured on the page, and 10,000 small business owners received $100 worth of social advertising from Facebook.

The campaign had a lot to like about it: There was an obvious tie to American Express’s business, demonstrating authenticity. The effort integrated media relations, online advertising, and influencers and Twitter, all in addition to the strong use of the Facebook application. There were several great calls to action including a like turned into a dollar for Girls, Inc.; in exchange for signing up and spending, consumers got a discount; and using the wall to share small business stories, which along with Twitter encouraged participation and engagement.

The only possible improvements would be extending it beyond a moment in time, and making it a sustainable effort. In addition, there was too much focus on Facebook as the final destination with not enough traffic driving back to the AMEX site. 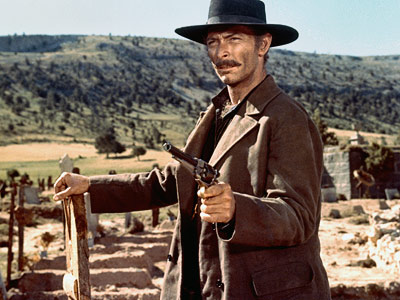 Not much more needs to be said about Groupon’s series of “humanitarian” ads. An attempt to make fun of American consumerism, the ads just insulted a good portion of the country, not to mention the Chinese government. In addition to the questionable creative, numerous tactical errors were made making Groupon’s 2011 Super Bowl ads one of the worst cause marketing campaigns ever.

No call to action helping the charities was present in the ads, and Groupon did not include an obvious URL. There was no explanation of the ideas behind the ads on Groupon’s social channels. When the blogosphere blew up, Groupon did not address concerns, instead it justified the attempted joke on their blog. Further, Groupon did not engage bloggers directly, and disregarded feedback. It took four days of mounting criticism for the company to pull the ads.

The Ugly: KFC’s Buckets for the Cure

While selling a lot of buckets of chicken for charity ($8 million donated), this partnership had issues due to the tie between Komen’s mission to cure breast cancer, and KFC producing fatty foods. Komen’s own site had research demonstrating obesity as a precursor for older women developing breast cancer. This represents a larger issue where a nonprofit and company choose money over strategic partnerships, dancing with the wrong partner and degrading brand value.

When people put two and two together, bad blog posts started popping up. This campaign went from being a lethal generosity win for both parties to a full on blogodrama.

Here’s a breakdown of the good and the bad on the Buckets for the Cure: First of all financially, it has to be considered a win. Lots of chicken sold and money raised. But it was poorly engineered from the get-go as the Komen web site contradicted the campaign with its research. There was no explanation of why Komen chose KFC as a partner, and what they hope the relationship demonstrated.

Then there was no major social media component, but social media ended up being a key media set when bloggers took to their WordPresses. The good was that KFC engaged directly with bloggers and probably made friends, stopping the bad publicity from spreading too far. However, Komen completely ignored it, and 2010 and 2011 acts have continued to negatively impact their online and offline reputation.

Again, the whole presentation is above, but here are the concluding points for online cause marketers: