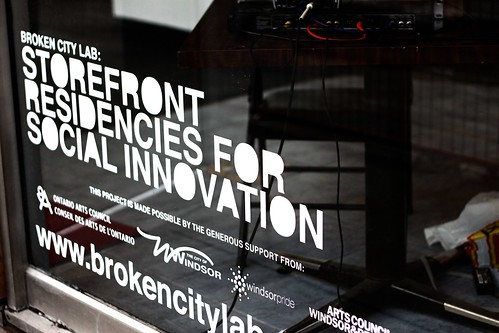 The big digital media shift in 2013 has little to do with new mobile applications or social networks. Rather, it revolves around how brick and mortar businesses — and in particular stores and entertainment venues — integrate social into their physical brand experiences.

Some folks dub this trend Clicks and Mortar, the integration of online into our everyday physical whereabouts.

Recently, I attended the Ivy League Sports Symposium, and, whether it was MLB or the Tough Mudder franchise, everyone was talking about the live fan experience from a participation perspective. For example, new stadiums are developed with incredibly robust wifi networks for in game experiences.

The trend extends well beyond sports.

Burberry recently invested significant dollars to bring their online experience into its flagship London store. The effort includes some creative use of RFID chips to show video content about clothes that have been brought into changing rooms.