Fathering a child, starting companies, writing books, getting work done, working out… Finding time for all of these things requires discipline and focus.

That’s why over the past couple of years and in particular recent months, I have eliminated distractions wherever possible.

Here are six things I have intentionally nixed from my day-to-day life:
END_OF_DOCUMENT_TOKEN_TO_BE_REPLACED 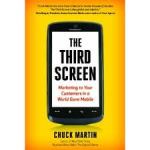 Some books capture the spirit of a marketing zeitgeist just as it begins to happen in full force. Seth Godin‘s Permission Marketing and Charlene Li & Josh Bernoff‘s Groundswell were two such books. Chuck Martin’s The Third Screen is arguably of the same caliber for the forthcoming mobile marketing revolution.

Centered around the Untethered Consumer — freed from the bondage of traditional marketing methods — the book helps marketers capture the true nature of mobile media. It serves as a solid primer, going into the history of wireless communications, and explaining why businesses have so little control over mobile stakeholders. Basically, anytime a customer interacts with a business it is strictly on their terms. It is completely an opt-in experience.

A pragmatic ongoing conversation in the book includes media usage patterns, and how people interact with their smartphones. Social media wonks maybe disappointed as interaction drops on the “third screen” (the first being TV, and the second is desktop computers). While interactions do occur on the phone, screen size and input methods change a person’s interaction with online media.

In addition, Martin uses significant case studies to illustrate his points, including a fantastic Cars.com case study. In the Cars.com case study, Martin details the thorough process the company went through to adapt mobile, including some a great research and listening phase. This case study alone is worth the price of the book, and could be run in Harvard Business Review (the magazine, not the blogs).

The book was written in 2010 so there is little discussion of the now growing tablet boom, though Martin does pick up the topic here and there. Martin does a fantastic job of using market statistics to back up his theories and observations.

Nitpicks include a slow start. The Third Screen‘s introduction and first chapter were repetitive, and could stand for some editorial cuts. In addition, the Pepsi Refresh case study was very questionable based on the actual business results.

However, don’t let these small items dissuade you. From the perspective of an online marketer and a former wireless reporter, this book was impressive. The Third Screen is a fantastic primer on mobile, and is a must read for any interactive professional. 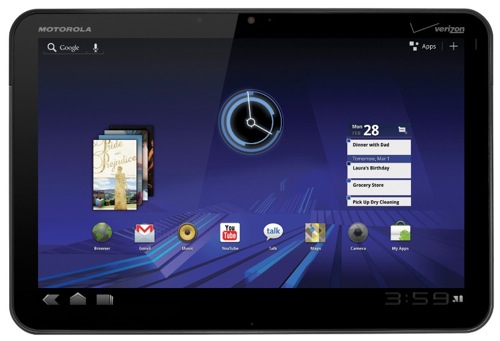 If social media endangered the 30 second spot, then mobile media will restore brevity to content creation. Smaller screens, less convenient input methods for text, the ability to create user generated visual media on the fly, and an evolving series of socially empowered mobile media will challenge content creators to serve a new reader. Long blog posts and articles are best read on computers and tablets, while short videos, photos and brief updates will be preferred on smartphones.

Time seems to be on mobile’s side. As 4G enters the marketplace, lightening fast wireless broadband will become an empowering technology. By 2014, mobile Internet use is expected to surpass desktop use. Consider that wireless empowered smartphones and tablets will continue to drive down the digital divide. Africa’s entire information infrastructure expects to leapfrog landline telecommunications and computers.

Serving this growing content market is not as easy as creating an app for that. As Pew research reveals, there is an app gap: “…almost half of U.S. adults get local news on mobile devices [47%], just 1 in 10 use apps to do so.” And it’s not like more folks don’t have smartphones. The app gap exists in spite of three in 10 Americans owning smartphones.

Mobile friendly web sites continue to be a critical component of success. That means rethinking content for multiple types of media will become more and more important. This is not something to sweep under the rug until a later date.

Media will need to become briefer, tighter, and should be built with the expectation of less feedback from users on mobile devices. What does brief content look like? Short videos under two minutes, microblogs with shorter content, pictures, applications, smart use of text messaging, all with an expectation that input beyond two or three sentences is too much for the average smartphone.

Going back to the Pew Research, of the above mobile news readers, 15% use Twitter vs. 4% of the news consumers. It’s no coincidence that twitter is a 140 character medium, one of the shortest media forms out there (and ideal for text message updates).

Consider the inner copywriter challenged to achieve brevity. Restoring the KISS principle, Keep It Simple… to content will be good after a period full of bells and whistles. After all, waxing poetic is the luxury of long form media. One screen’s worth of content. Can you get the job done in that short of an opportunity?