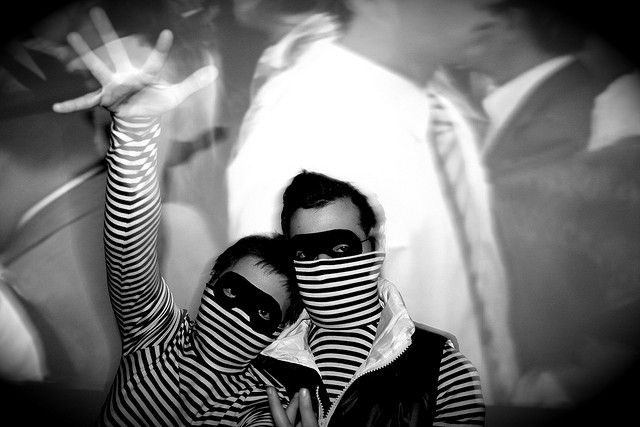 Recently, I’ve witnessed several acts of plagiarism and stealing. As the need for content and attention (a result of good marketing ideas) increases, it’s likely individuals will engage in more thefts.

Unfortunately, stealing ideas and content is something that impacts all businesses and individuals trying to monetize their online activities (here’s a piece on how to detect plagiarism).

It’s too damn easy. Copying and pasting content, whether it’s via source code or simply highlighting text on a screen, makes all words accessible. Blogs are frequent targets for plagiarism.

The intense demands of content creation and the ensuing burnout that many individuals complain about creates a sense of desperation. Publish or perish, as academics used to say. When publishing becomes difficult or impossible, some people turn to stealing ideas and content.

END_OF_DOCUMENT_TOKEN_TO_BE_REPLACED

Recently, I had a prospective client take a proposal idea and implement it themselves. Having your campaign concepts taken is an all too frequent occurrence in communications consulting, unfortunately. You have to show some flare to get the deal, so it’s a Catch 22. But what can you do about someone taking your campaign idea without compensation?

1) Don’t Give Away the Whole Pie

It’s hard to rip off an incomplete concept. In this particular case, the prospective client called asking how to achieve their goal. I suggested three tactics, two of which were blogger relations oriented — pitches and guest posts, and the third being an ad campaign with a vertical online media property.

In the case of the prior, I listed four names as examples. After being turned down by the client, I noticed two of the four names had published guest blogs or tweeted about the issue. Because the whole group of bloggers and online media outlets was not listed, the would-be client has some work to do.

And with the ad buy, well, they’ll have to negotiate for themselves. Their relationship is not mine, and I know I could have gotten them deeper discounts. C’est la vie.

It makes no sense to talk about the prospective client negatively in a public setting. First, ideas are free. Everyone has ideas. Executing them is what people pay me to do because of experience, relationships and savoir faire. Who is to say another consultant or professional couldn’t have come up with those ideas?

Secondly, it signals to other potential clients that you are a loose cannon that will take their name in vein. Clients need to feel safe with you.

That being said, if a friend mentions this would-be client is talking business with them, you may want to share your experience. It’s more about protecting friends from having their ideas ripped off. You would hope a friend would warn you of such a situation, wouldn’t you?

Again, ideas are easy. If someone thinks they can do it themselves, God bless them. Who knows? Maybe they can.

Even if you are very good at strategy and provided a unique approach, it doesn’t mean the would-be client will implement it successfully. Ninety percent of the time they won’t be able to do it as well as you. Your expertise and relationships are why people hire you. Know this, and turn the other cheek.

What do you do when someone steals your idea?