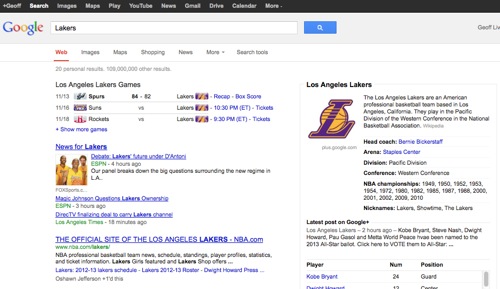 When you see a strong, social visual interface like Pinterest or Instagram, or even the revitalized Facebook and YouTube interfaces, you realize how far social search has to come. Search engines are generally not visual, don’t port well for sharing to networks, and are closed to commenting.

Google, Bing and Yahoo! index a blend of news and social conversations, but this early concept of social search is pretty stale.

The content presentation and simple link interaction is very 1.0 with text links, and a complete lack of dynamic commenting and sharing.

END_OF_DOCUMENT_TOKEN_TO_BE_REPLACED

Only one kind of branding matters, and that’s the customer experience.

I love ad agencies and individual marketers that preach the ultimate importance of visual and personal branding, respectively. They’re wasting their time.

You can manufacture as much messaging as you want, but if your brand promise doesn’t meet the customer experience then your efforts will fail. Fast.

END_OF_DOCUMENT_TOKEN_TO_BE_REPLACED END_OF_DOCUMENT_TOKEN_TO_BE_REPLACED

Invariably, those that don’t understand the difference between a content publishing-based social network and a bookmarking-based network will compare the new Flickr to Pinterest. Ironic, as Flickr just incorporated Pinterest’s opt-out code for photographers who don’t want their original content repinned without credit or payment. In reality, Instagram and Tumblr are much closer competitors because the users are primarily content creators.
END_OF_DOCUMENT_TOKEN_TO_BE_REPLACED 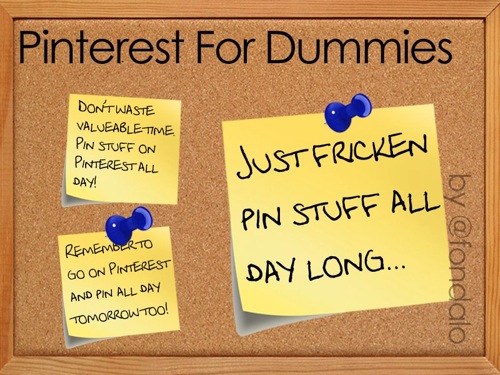 Sigh. If you are a social media pundit, you had better be posting about Pinterest these days or as Ike says, you’ll have your expert card pulled (the horror). So here it is, my inevitable Pinterest post.

What Pinterest has done right is significantly change the way we interface with social media. By making posts picture-centric, we see ideas and concepts rather than have to read about them. In a mobile, portable media world dominated by tactile input methods (touch screens), this is an undeniable future.

This movement towards visualizing information is also typified by Instagram and Tumblr. You can point to the popularity of Facebook pics, Facebook’s new timeline interface, and Twitpics as further evidence. Finally the infographic movement towards visualizing data as opposed to blogging or writing about a topic is yet another bellwether towards pics instead of words.